What do female footballers expect from male fans?

Here’s what I know: Women are as entitled as men, end of.  Naturally, that includes making a living as a professional athlete.  Attitudes towards women in sport are often old-fashioned and, on occasion, kitsch.

There is also a lot I don’t know. For example, do female footballers care whether men consider them attractive or that form has a double meaning when applied to them? Does such attention detract from their status as athletes?

There are sportsmen, David Beckham and Cristiano Ronaldo the most famous, who trade on their appearance.  People admire them for their skills and beauty.  It has worked for female tennis stars such as the Williams sisters, Maria Sharapova and Anna Kournikova, too. Can the same happen for female footballers without men constantly overstepping the mark into the realm of objectification?

At the moment, I don’t know if I can comment on a female player's looks without being considered a chauvinist.  Do you? Ruben Loftus-Cheek gained some notoriety as a dashing young man during the World Cup, and I won't argue he's handsome, but that doesn’t mean I think he is only a piece of meat.

It seems like a double standard. Women can take to social media to admire Loftus-Cheek’s perfect smile and chiselled jaw. No one calls them on it, but if I were to remark in kind after Lucy Bronze, there would be women [and men] attacking me for not focusing on her football skills.

Women want to be recognised as individuals, to break away from the ancient ideal that casts them as mothers, wives and little else.  There is nothing wrong with that [being individuals, I mean].

On the other hand, it seems a shame that I'm not allowed to acknowledge how beautiful some female athletes are. Don’t get me wrong, I’m not a dirty old man lamenting the new black-out blinds the woman across the road had installed. He lives in the flat above me.

I am aware that I am opening myself up for criticism. I'm okay with that; I want someone to explain these things. The way I see it, as long as comments are respectful, there shouldn’t be a problem.

What constitutes respect, though?  One man's courtesy is another's PC gone mad.  What if one man sees no problem with winking at a woman in the street? What if he sees it not only as harmless but complimentary? Are we supposed to sit that man down and tell him that winking at a woman is a sleazy manifestation of misogyny that can only signal his carnal desires? What if he winks at everyone he meets, including children? Are women to be treated equally or differently? Intent should matter.

A disconnect has occurred in the recent feminist wave. People are being called out for offensive behaviour when no such thing was in their heart or mind. Comments on social media often cross the line but that shouldn't make calling someone beautiful a hate crime.

Last week, Hibernian Ladies’ Twitter account tweeted a picture of midfielder Jamielee Napier. Lifted out of its context, the image invites risque thought and Hibs obliged. Some of the replies to the tweet expressed admiration for Napier who is undoubtedly attractive. A few featured good-natured humour. Too many were crude and disgusting.

Respect for women has never been a more prominent issue. High profile sexual assault allegations and prosecutions are all over the media. Many don’t seem to be getting the message, however.

That being said, I thought it would be remiss not to ask Napier her thoughts. Her answer was not what I expected. She was indifferent rather than indignant.

"I didn't really pay attention or take interest in that post by Hibernian."

Is it part and parcel of being a female athlete that your only choices are to either ignore sexism or be ignored when you speak out? 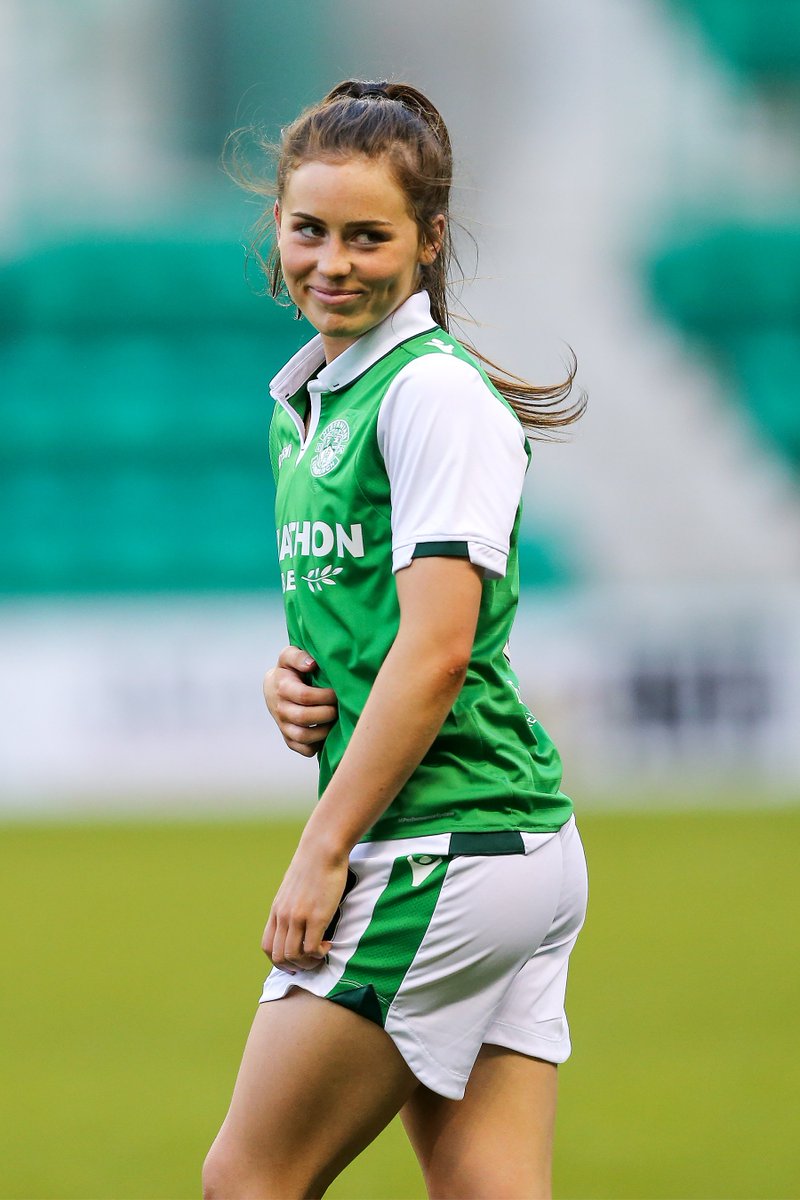 England Hockey international, Sam Quek, spoke recently on a similar issue.  Writing for BBC Sport she said it was time female athletes were recognised for their ability.

Quek felt that she was portrayed unfairly in a newspaper profile that stated her occupation as swimwear model. When the article was published, Quek had done a grand total of one such shoot. Hardly an occupation.

‘People had 'doctor of nutrition', 'full-time PHD student' or 'training to be a solicitor'. I got down to mine and it was 'Sam Quek: swimwear model'. Then it had a background of my other half, who owns a property company.

I felt it painted a picture that I had no education, like I was a bit of a no-one.

I did one shoot before the Olympics about celebrating the female body. I thought it was great: it ticked boxes of being classy, being sporty, but it was also glamorous.

Why not [mention] the fact that I've got a degree? Or that I got my first international hockey cap when I was 18? Even that I'd missed out on the Games in Beijing and London and was fighting for gold in Rio?

Sexism in sports media is nothing new. Richard Keys will tell you, although it will be via video-link from his self-imposed exile in Qatar. Keys was forced to resign following comments he made about female assistant referee Sian Massey. At first, people excused him because he made the remarks off-air.

"It was just banter," he and his defenders said. There always seem to be apologists for sexist behaviour. Dismissing casual misogyny as harmless is one reason it's nearly impossible to make a sincere compliment without people believing you can't see beyond a person's appearance.

And what about the scenes at the World Cup? Female journalists, who represented only 14% of the media pool at the World Cup, being kissed by rowdy fans? The supporters were having a good time, right? Caught up in the emotion, is all.

Patrice Evra tarnished his reputation with patronising applause for Eni Aluko on ITV during a studio segment.  His supporters weren't impressed with her analysis, feeling it stated the obvious.  "Bloody woman," they said, rolling their eyes.

There are still issues to be addressed with regards to the idea that sport exists not just for men. Time will tell if we can do so successfully. At some point, however, we'll need to stop driving wedges between men and women.