What do Inter have in new signing Lautaro Martinez

Inter Milan have signed Lautaro Martinez from Racing Club de Avellaneda for €23 million on a five-year contract. The 22-year-old will be joining Kwadwo Asamoah, Radja Nainggolan, Stefan De Vrij and Matteo Politano as Nerazzurri summer signings. The Argentine striker was a reported target for Real and Atletico Madrid but has provided his services to the Italian club. He admitted in March itself that he was joining the La Beneamata.

“I know I will have a lot of pressure on my shoulders but I like that. I want to be one of the main protagonists. I am looking forward to playing in the Champions League. It’s one of my dreams."

Martinez scored 53 goals in 64 appearances for Racing's youth side. That caught interim coach Fabio Radaelli's attention. He gave Martinez a chance with the senior team. In 2015-16, the Bahia Blanca native made three late appearances. It was at least a taste of things to come.

The next season, first-choice striker Lisandro López was injured, paving the way for Lautaro to show his class. He scored nine goals and grabbed an assist in the 2016-17 season.

Last season, he scored 19 goals across all competitions for the Primera Division club. He improved drastically in other areas, too. His contribution to the build-up rose, passing accuracy increased and he was taking more shots.

Martinez led Argentina's U20s to that level's World Cup in the U20 Sudamericano. He has made one appearance for the senior Argentina team and was included in Argentina's preliminary list for the World Cup. Failing to crack a group that includes Lionel Messi, Gonzalo Higuain, Sergio Aguero and Paulo Dybala is hardly a disgrace. Especially when Mauro Icardi is also excluded.

Inter Milan have gotten themselves one of the best young strikers in the world. Strong, powerful, and technical, Lautaro will tear up the Italian League. https://t.co/JuGDMUszwp
Follow
15:56 PM - 4th Jul 18
111
309

Martinez is a typical South American forward. His movements are similar to Aguero. Both are robust, pacy, and have an eye for the back of the net.

Clinical both in and outside the box, he does not hesitate to shoot from any angle. His goals are eye-catching. Lautaro rarely makes a save easy for the keeper.

Not merely a fox in the box, Martinez involves himself in the build-up, exhibiting a prodigious work rate. He hunts the ball like a tiger when possession is lost.

He is a constant threat in the box. A great header, he averaged 1.5 aerial duels won per game in the Primera Division. During build-up, he will drift wide, hoping to draw out defenders and create space for teammates.

His discipline is not the best. Committing 2.5 fouls per game catches the official's attention. His passing accuracy is at the low end, too, around 70%. Too many are intercepted. He must improve his decision-making. Adventurous, he often loses possession and makes many heavy first touches.

How would he fit at Inter?

Martinez has the potential to play in any league. He'd fit perfectly in most teams. He fits as a second striker or on his own. Mauro Icardi is Inter's first choice but Luciano Spalletti's side are going to play Champions League football next season. They will need squad depth. 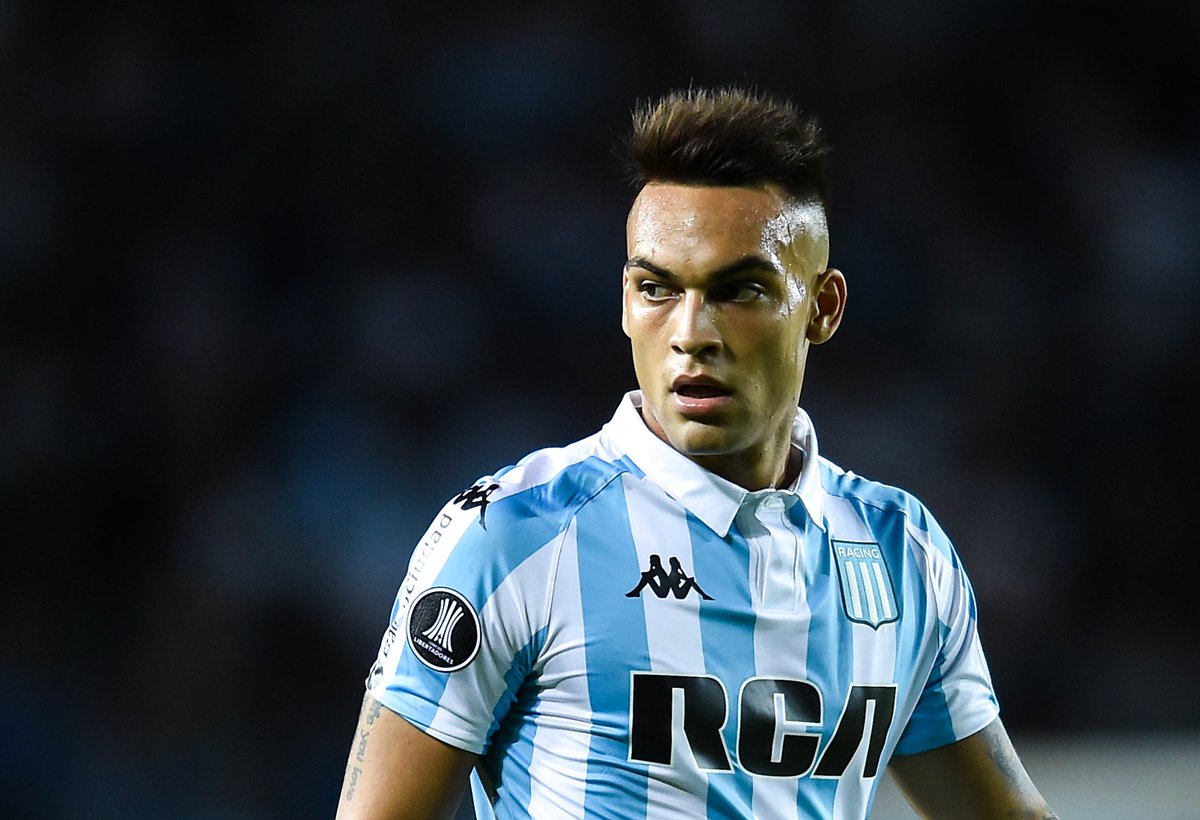 Squawka Football
Squawka
Follow
Lautaro Martínez for Racing Club across all competitions in 2017/18:

He already has a great relationship Icardi.

Mauro and I are perfectly complementary, I’ll get on well with him on the pitch. He called me to ask if I needed anything, which was very attentive of him.

Rumour has it Icardi will be leaving for Real Madrid next season. With Cristiano Ronaldo's departure, it's not a stretch to imagine. Inter will have no issues replacing him with a younger option. If Los Blancos look elsewhere, Inter will have a dynamite pairing. Luciano Spalletti must be eager to light the fuse.