What do Napoli have in Diego Demme?

Arguably the most surprising transfer this month was Napoli acquiring RB Leipzig’s Diego Demme. The initial fee for the transfer is around €12m - as the German leaves the Bundesliga leaders for the Serie A.

The 28-year-old joined Leipzig when they were battling it out in the German third tier. As the club as a whole grew, Demme evolved as a player in perfect symmetry. The defensive midfielder played a key role in Leipzig’s dominance on their road to becoming Bundesliga title contenders during his six-year stay with the Red Bull-owned outfit.

Only Timo Werner, Lukas Klostermann, and Marcel Sabitzer played more minutes than him before the winter break. 32-year-old Julian Nagelsmann was a big fan, believing Demme was the fulcrum that glued the team together. It's undoubtedly a risky step, but Leipzig decided to place their bets on young 20-year-old Tyler Adams.

Demme truly was a loyal servant for Leipzig, though in the end, his transfer makes perfect sense. Napoli boss Gennaro Gattuso is his idol and his whole family are lifelong supporters of the Serie A giants. After serving six years at Red Bull Arena, you can't doubt that deserved this dream move...

A part-time professional FIFA player, Demme is a passing merchant on the pitch. Completing 81 passes per 90, he likes to keep the ball moving rather than trying something too expansive. With no assists recorded this season and a mere 0.5 chances created per 90 in the Bundesliga, he is not the typical creative spark, rather someone who can launch attacks via his teammates. For him, it's all about recycling possession and trying to keep his opponents guessing.

Off the ball, the German international has intelligence and hunger to win the ball back. He is an excellent presser who is able to read opposition's passing lanes and knows when to dial up the intensity. Despite not having long legs or a slender build, Demme is able to block empty spaces. He relishes being proactive and enjoys doing the dirty work. 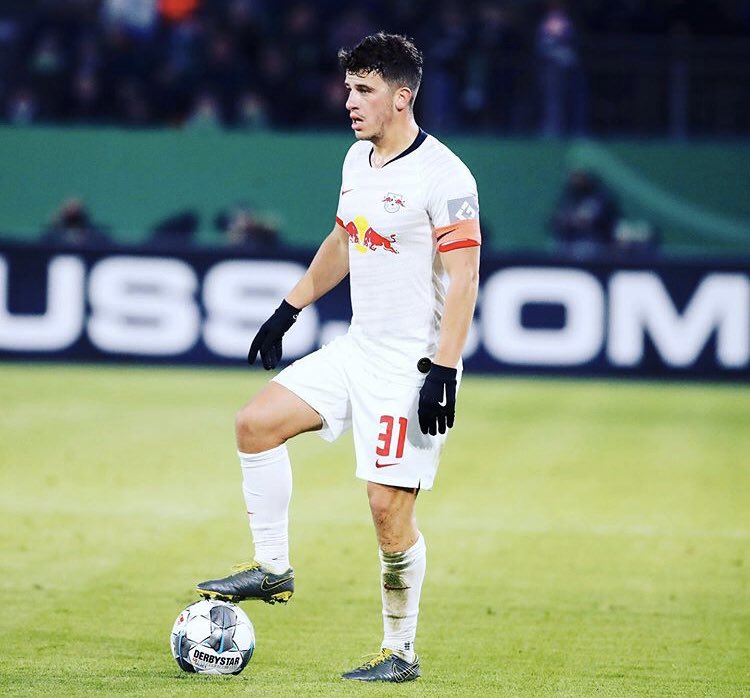 Defensively, Demme makes around 2.5 tackles per 90 in Germany, winning 52% of his ground duels. He really needs to work on his aerial strength and decision making, however. There are no glaring weaknesses but he cannot be a stand-alone as a defensive-midfielder. He gets wobbly on his feet when pressed while possessing limited creativity. To counter-act said weakness, Leipzig boss Julian Nagelsmann would often opt for a double pivot.

Napoli's midfield is oversubscribed. They had Fabian Ruiz, Allan, and Piotr Zielinski since the season's start while 25-year-old Stanislav Lobotka, who is a similar player to Demme, arrived from Celta Vigo this month. Young Macedonian Eljif Elmas is also gaining Gattuso's trust at the San Paolo Stadium.

Formation-wise, Gattuso sets up in a 4-3-3 formation, shifting from the traditional  4-4-2 that was utilised under Carlo Ancelotti. He favours a well-balanced midfield, preferring a numerical advantage in the middle of the park instead of doubling up on strikers. While Napoli's chief creators, Ruiz and Zielinski, run the attacking show, Gattuso needs a destroyer in his engine room.

Demme holds an early edge over Lobotka and Gattuso accepts it. The German has wasted no time in integrating himself in the squad - proving his worth against league leaders Juventus. In a 2-1 victory against the Old Lady, Demme did what he is best at. He won three tackles, five duels and completed 40 passes with an 88% success rate. Simplicity is key.

It seems inevitable that one of  Allan, Ruiz or Zielinski will leave the club in the summer. Meanwhile, whoever plays ahead of Diego Demme is going to enjoy attacking while being completely tension-free.