What does Callum Hudson-Odoi's return mean for Chelsea?

Interesting pictures from Chelsea’s last training session depicts Frank Lampard knocking it around with his players. Teenager George McEachran even received a strong tackle from his gaffer. But that wasn’t the cutest sight to behold from Cobham Training Ground. What held everyone’s attention was Callum Hudson-Odoi giving defenders and midfielders the runaround. Yes, the teenager is back to full training with Chelsea. That means a lot for the Blues, but how much exactly?

Hudson-Odoi will not forget the 2018/19 campaign in a hurry. On many fronts, it was the season of breakthrough for him.

At some point during the term, all the young Englishman needed was a breather – Bayern Munich was hot on his heels. He was under pressure to sign a new contract [still is]; all this, while basking in the euphoria of earning his first two senior England caps aged just 18.

While most of his mates were still slugging it out in the youth team, Hudson-Odoi didn’t just become popular in the media, but an important cog of a Chelsea team that won the Europa League. The winger helped Chelsea win the competition with four goals and two assists along the way.

In April, Hudson-Odoi’s rollercoaster campaign came to a screeching halt when he ruptured his Achilles tendon at Stamford Bridge against Burnley. Initially, it was feared he’d be out for five-six months, but the winger has stepped up his recovery process and is now available for selection once again.

Lampard has complained about his squad missing a handful of players due to injury. That number has since trimmed. Willian and Antonio Rudiger no longer lie on the treatment table... 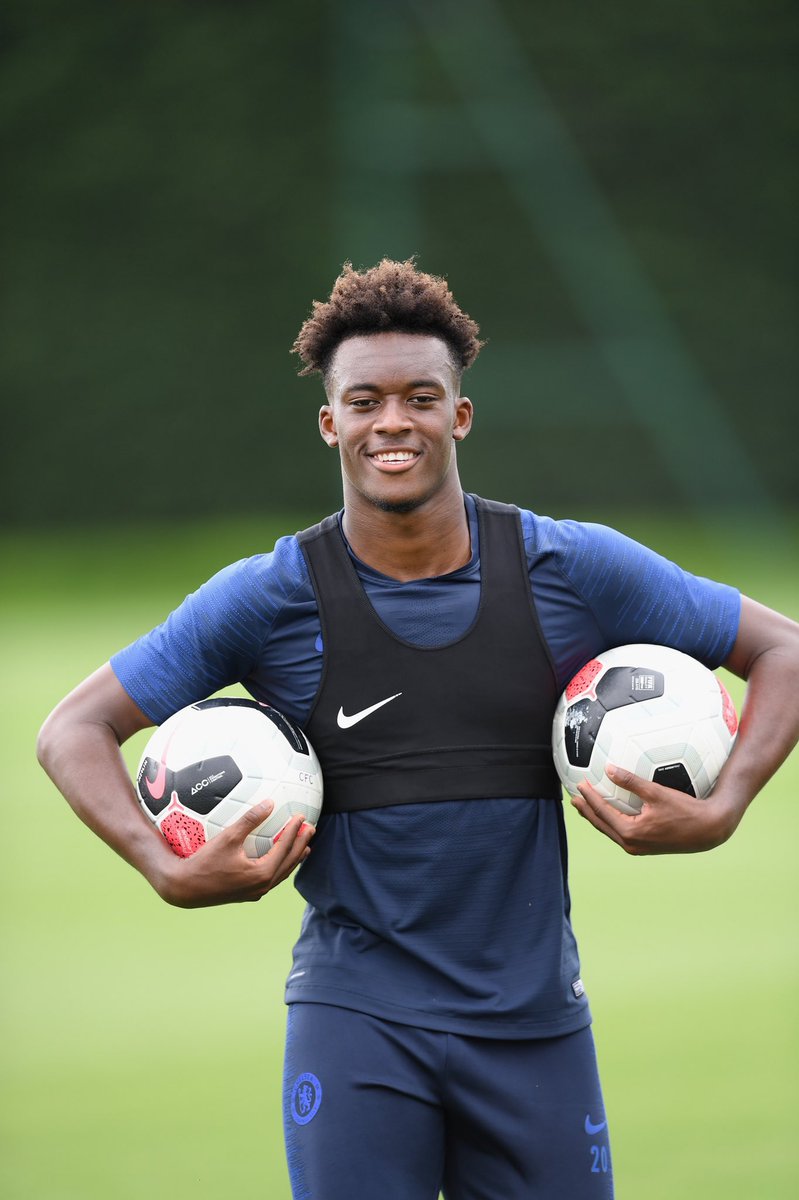 Hudson-Odoi’s recovery comes as a breath of fresh air for Lampard; it’s almost like Chelsea signed a new attacker. Given the transfer ban firmly in place, the Blues needs all the help they can get. Especially when you have someone like Pedro already looking overworked.

It can be agreed Chelsea still hasn’t clicked in attack. Their pattern is evident and likeable, but results-wise, they’ve given their fans little to cheer in the early days of 2019/20. Will Hudson-Odoi change the dynamic? Not instantly, but in the long run he’ll surely make an impact.

Chelsea’s frontline now looks beefed up. Without Eden Hazard or the possibility of bringing in a replacement, the Blues must rely on strength in numbers. That’s why Odoi is such a boost. So far this term, Chelsea hasn’t come out of the blocks flying, particularly with regards to scoring. You get the feeling that’s about to change...

Mount or Hudson-Odoi: who gets more minutes?

It’s obvious Lampard likes Mason Mount. The youngster hasn’t given his manager a cause to change his mind. Regardless, with Odoi coming into the team, Lampard must find minutes for the dazzling youngster. He could move Mount to attacking-midfield as opposed to featuring him on the flanks - but that department is crowded as it is.

Odoi’s recovery may ultimately mean fewer minutes for Mount. With so many fixtures still ahead, Lampard will certainly find games for the former Derby loanee. Albeit, Hudson-Odoi is the youngster who’ll feature more prominently.

Finally, Hudson-Odoi’s contractual situation deserves mentioning. His current deal expires next summer and Chelsea risks losing him for nothing if he doesn’t put pen to paper this season. His performances may force Chelsea’s hand and make them offer the teenager an overinflated pay packet.

Chelsea resisted the urge to sell Hudson-Odoi to Bayern during the transfer window; even though the idea seemed sensible at the time. For now, Lampard and Blues faithful shouldn’t sweat over Hudson-Odoi’s long-term commitment. If he refuses to sign on the dotted line, they can rest assured a replacement will be ready when their ban is lifted next summer...