What does Fabinho injury mean for Liverpool?

Liverpool Football Club have been rampant to start the 2019/20 season, following on from their Champions League triumph in perfect fashion. Jurgen Klopp's men tasted Premier League defeat in the cruellest of ways last May. This term, they're out for revenge and they mean business.

The Red Men have won thirteen and drawn one in fourteen league games, totalling forty points and building an eight-point lead atop the tree. It seems like nothing is going to deter them from the task at hand. So far, though, it has all been relatively plain sailing for Klopp. However, Liverpool have now been handed their first true test. Star midfielder Fabinho has been ruled out until 2020 thanks to an ankle ligament injury. How will the Anfield outfit cope with adversity staring them in the face?

Over the summer, we discussed what fixture pile-up could mean for Liverpool. They've passed every task so far, though over the hectic winter period, games certainly start to come thick and fast... For anyone who's watched Liverpool even remotely-closely this term, Fabinho has turned into the vital piece in their engine room. His ability to cover every blade of grass, do the dirty work or even chip in with a vital goal or two (just ask Manchester City about that!) will certainly be missed.

Timing-wise, it's tough to assess Fabinho's absence. In one sense, the Brazil international is set to miss a whole host of games. Between now and early-January, Liverpool plays ten fixtures. The good news is that they're all extremely winnable games. The hardest test comes away at Leicester City before the year's turn, though you'd still expect Klopp's men to compete against Brendan Rodgers' Foxes.

In terms of personnel, Klopp still has options. This isn't a squad like Manchester United's, who seemingly can't cope without an injured Paul Pogba. Liverpool have depth. The consummate professional James Milner will see his minutes increase, as will Alex Oxlade-Chamberlain who has been waiting for his opportunity. It could also provide one final chance for Adam Lallana to prove his worth. For me, the wildcard option is Naby Keita. Big things were expected from the Guinean, the Anfield faithful are yet to see his full capabilities and perhaps this is the chance he needed...?

What better stat to work out how Liverpool will cope without Fabinho than looking at what's happened when he's previously been absent? Well, when the 26-year-old first made the move to Merseyside, Fabinho missed the first nine games. Liverpool won seven and drew two (dropping points against Manchester City and Chelsea). Basically, they'll still beat the teams they're supposed to, which looking back at their fixture list, it does look as though things have fallen rather kindly.

The only test will come in the Club World Cup - and it's not in terms of quality-of-opponent, either. The travelling will be tough on those players who'll be called upon more in Fabinho's absence, but these are fit, hungry players with revenge on their minds. Just book those extra legroom seats and no doubt everything will be fine...

For what it's worth, I think Liverpool will be fine. Obviously, nobody likes to see their players picking up injuries, particularly those who're playing at an elite level right now. However, Klopp has assembled a deep squad, particularly in midfield. Expect Keita to improve, Henderson to lead by example while Milner and Oxlade-Chamberlain will both have a part to play. 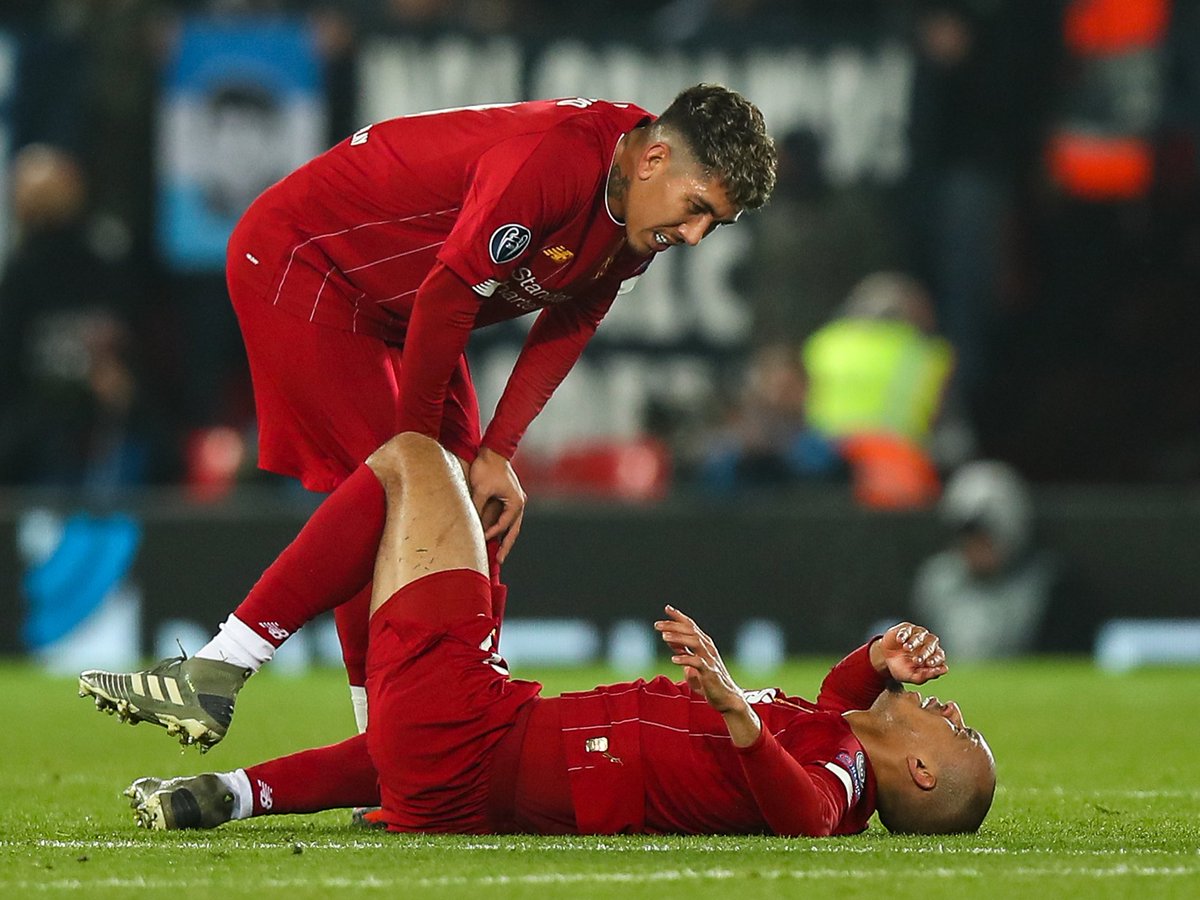