What does the future hold for Dean Henderson?

Sunday's clash between Sheffield United and Manchester United, a nail-biting 3-3 draw was the stand-out fixture on the weekend following the international break. The only disappointment from the encounter was Dean Henderson's absence. On loan from Manchester United to the Blades, the 22-year-old was ineligible to play. With David de Gea apparently committed to manning the Red Devils' six-yard box for another four seasons, the question becomes what the future holds for Henderson. Is it at Bramall Lane? Another Premier League side? What about abroad?

Rightly said, the Blades missed Henderson between the sticks. Last season, he kept 21 clean sheets and conceded 41 times in 46 appearances. Allowed to remain with Chris Wilder's side to see whether he could handle the top flight, the Whitehaven native thus far meets all expectations. He leads the Premier League with five clean sheets.

This is his second instalment on loan at Bramall Lane. Surely, Sheffield would go all in to land him on a permanent basis. Henderson needs to play 38 games a season. A team like the Blades can provide that. If not, someone else will offer to fill the void. Bournemouth, for instance. Eddie Howe has been making do with ageing veterans Artur Boruc and Asmir Begovic in recent seasons. A younger, more dynamic keeper with a long career in front of him ought to appeal to the Cherries boss.

On the other hand, English players are venturing out into the rest of Europe these days, especially to the Bundesliga. Henderson was recently linked to European giants Bayern Munich. It's a perfect match for both parties. Manuel Neuer's comeback isn't working out. The German World Cup winner conceded 16 goals in 12 Bundesliga matches this term. He's 33 and his injured foot hasn't recovered to the point he can be his former sweeper-keeper self. 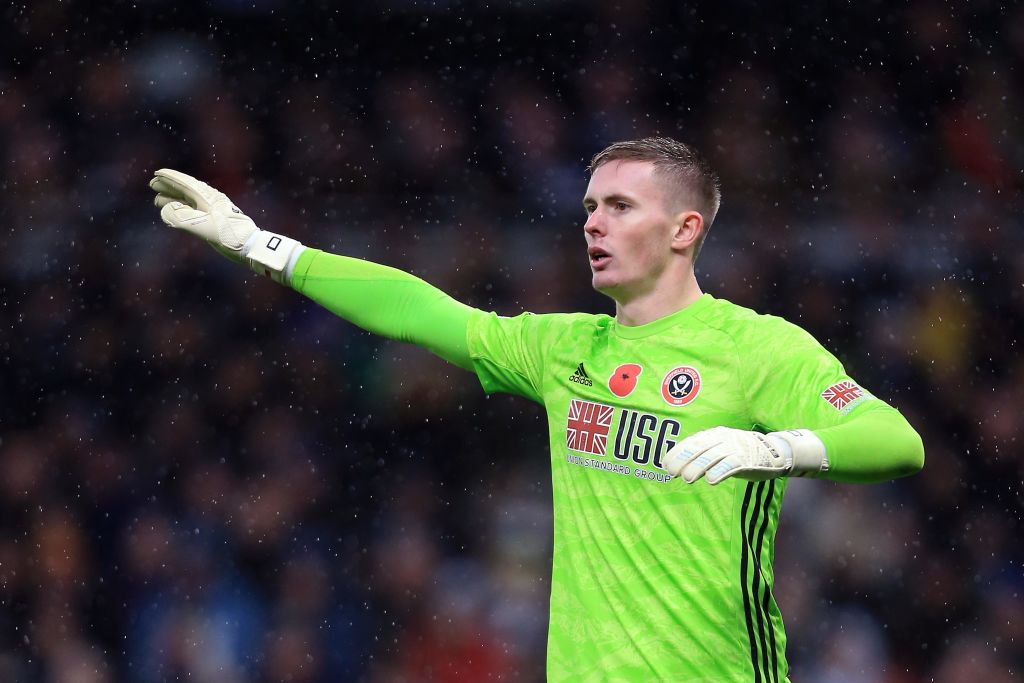 WhoScored.com
WhoScored
Follow
Goalkeeper save success rate in the Premier League this season (More than 5 apps):

Bayern are looking to get their hands on elite talents and progress in the Champions League. Enter Henderson. He is young, prolific and able to carry the burdens of a well-structured club. Neuer has a bit of football left wherein he could help the Englishman acclimate.

However, if you listen to Henderson, he remains intent on playing for the Reds in the Theatre of Dreams. Given the fact De Gea was awarded a new contract which keeps him in Manchester until 2023 with a huge wage bump, it would be foolish to believe the Spaniard will surrender his place anytime soon. Despite his emphasis on academy talent, Ole Gunnar Solskjaer proved reluctant to gamble on Henderson. Able-deputy Sergio Romero also looks satisfactory with the game time. With all due respect to Henderson's potential, why fix what isn't broken? At best, his dream must be put on hold for the foreseeable future.

The England U21 international has worn the shirts of four clubs but never represented United in a first-team match. Constantly worrying over his future is detrimental to his development. A decision needs to be taken.

A permanent move away from Old Trafford opens many doors, not the least of which the one to Wembley. The Three Lions do not have a stable keeper in Jordan Pickford, Tom Heaton, Nick Pope or Jack Butland. Henderson holds far better potential than all four. Last month, he received a call-up from the national team as a replacement for the injured Heaton but didn't feature.

The situation is tricky. At 22, he is a fantastic prospect. He will only become better in the near future. If United cannot guarantee him a starting berth, they should set him free. On the other hand, if he ever manages to play for United, it would be a stellar show to see the club produce a homegrown keeper after decades of foreign imports.