The uninitiated in the more obscure realms of football folklore may believe Jurgen Klinsmann ended his playing career with Tottenham Hotspur in 1998 via a short spell at Sampdoria. In fact, his final bow came five years later, with the German forward playing under the name of Jay Goppingen during a brief run out with Orange County Blue Star of America’s fourth tier Premier Development League.

Klinsmann can never be counted out. He’s returned to the football scene again, three years after departing as US National team manager and ten years after his left spell as club manager. Taking the reins at Hertha Berlin may seem an odd move at first glance. But the Old Lady are in a strange position; a club who’ve spent time in the second tier in recent years and haven’t won the top flight since 1930, they’re hardly a European giant. But things are changing; businessman Lars Windhorst breezed in with an enormous investment over the summer vowing to provide the club with the funds to consistently qualify for Europe. Investing €125 million in a deal representing the single largest equity transaction in German football history, Windhorst is evidently putting his money where his mouth is.

Despite their newfound riches, the club opted for a low-key appointment, promoting their second team boss Ante Covic to take charge of first-team matters. But the young Croatian found himself floundering well out of his depth, and months after his appointment, with Hertha languishing in 15th place after winning four of their first 14 games, Covic departed and Klinsmann arrived to take his place. 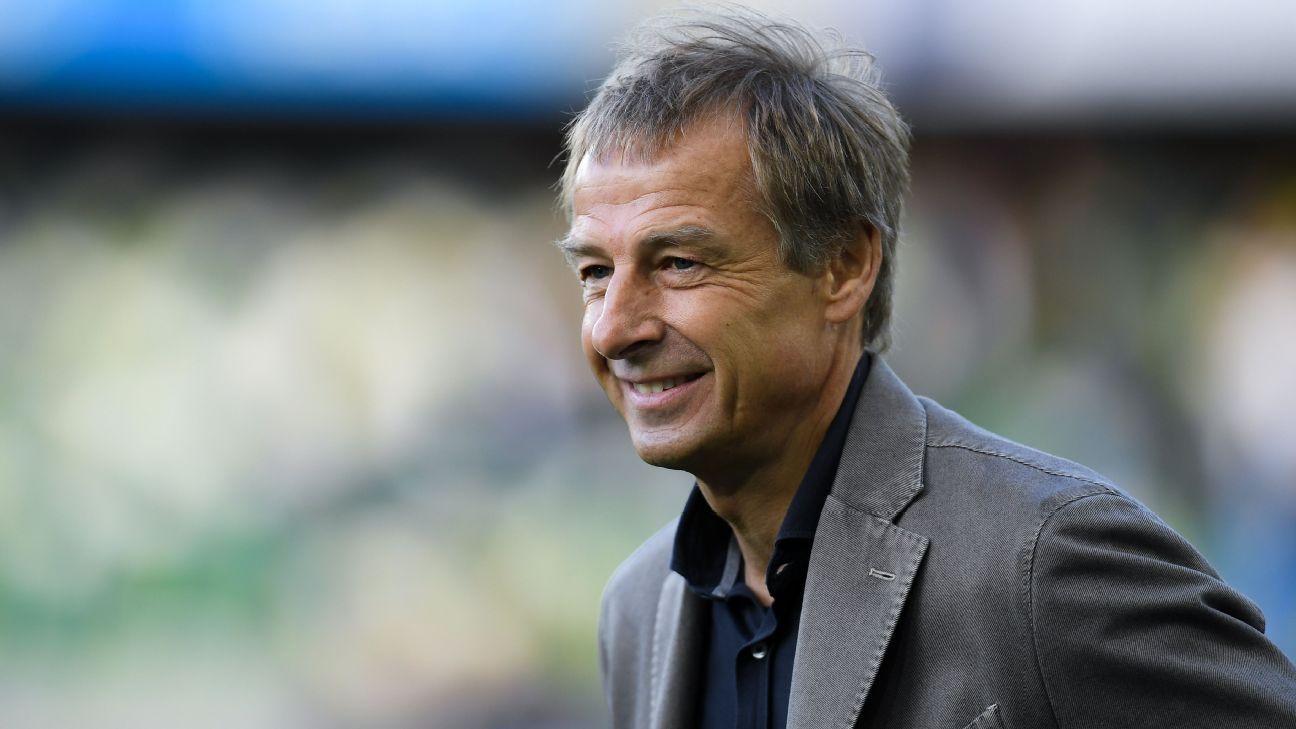 "I do believe that the identification can be like or maybe already is like you feel it in Liverpool when walking through Liverpool."

The storied German’s last appointment came with the USA, and ended in disgrace, with Klinsmann guiding his charges to their worst ever Gold Cup performance as well as failure to qualify for the 2018 World Cup. But Klinsmann can wheel out a range of excuses for his failure; problems with America’s football infrastructure, ever-improving local opposition and an overall solid win ratio as US manager. Evidently, Windhorst and co have accepted those explanations.

The decision seems to be paying off. Since taking over, Klinsmann has led Hertha to a slow, but steady rise through the ranks. At the Christmas break, Hertha sits in 12th, nine points off the European qualification spots. Hardly electric stuff, but since the managerial change, Hertha showed a marked upturn in form. Although they’ve drawn several of their recent games, 2-2 with Eintracht, 0-0 with Monchengladbach, signs of real improvement came in games against Freiburg and Bayern Munich. Both were hard-fought 1-0 wins in which Hertha dug deep and kept a strong shape throughout, with Klinsmann’s tactical nous shining through. Any side fighting their way up the table needs to grind out these sorts of results which are, in many ways, more important than the routs or the routine wins. They show a team’s depth, determination and character, as well as shining a light on a coach’s impact on his squad.

It’s said that a change is as good as a rest. In this case, Klinsmann has had both, shifting continents following his three-year hiatus from the game. Now, energised and returning to home soil, Klinsmann is in the perfect place to revive his own career as well as the fortunes of a middling club now dealing with major investment.

How does the saying go? Same shite, different club? Ethan Ampadu rarely features for RB Leipzig. After coming over on loan from Chelsea in search of playing time, four of the teenager's…

Can Borussia Dortmund move revive Emre Can?
By Jidonu Mauyon

What happened to Ademola Lookman at RB Leipzig?
By Tom Clarke