What next for Middlesbrough's sought-after Adama Traore?

Speculation has suggested a few Premier League clubs are interested in making a move to sign Middlesbrough winger Adama Traore this summer, which comes as no surprise given his ability and potential. With that in mind, is leaving the correct decision for the 22-year-old, particularly at such an important stage in his career?

The former Barcelona man, who spent just over a decade under their guidance within the youth ranks, has endured tough times during his professional footballing life. A £9million move to Aston Villa in 2015 appeared promising, though a metatarsal fracture saw first-team minutes limited under various managers. That season, the Villains were relegated.

He was granted a second opportunity to impress, this time at Middlesbrough, though they too were relegated back to England's second tier and it was a case of deja-vu for the versatile forward. In 27 Premier League appearances, he created 18 goalscoring chances yet only had one assist to his name. Playing alongside the likes of Álvaro Negredo and Cristhian Stuani in attack - neither of which managed to sustain any goalscoring form, it's difficult to place blame for a lack of regular goals on his shoulders.

Considering the fact that both teams struggled to score consistently over the course of the league campaign, it says a lot about Adama's ability that he is one of very few who remains sought-after. Both sides combined to score just 27 goals in a full 38-match season, which is simply not good enough. With that in mind, perhaps the drop into the Championship was a much-needed one for Traore. 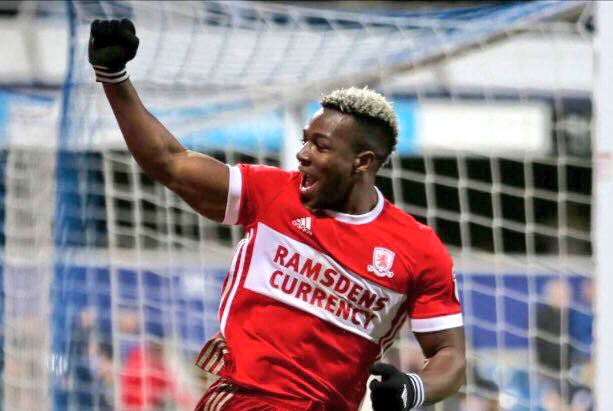 The difference in quality is not as steep as critics make it out to be, especially given at least six teams find themselves embroiled in a relegation battle for the majority of the season. There are more matches (46) and it's a longer, more strenuous campaign for most, not least if you make it into the playoffs like Boro themselves have done regularly in recent seasons.

Tony Pulis, who himself was surprisingly sacked from West Brom early last term, was appointed Middlesbrough's new boss after Christmas. Despite being criticised for a perceived inability to utilise talented individuals in his rigid playing style, the Welshman has done precisely that with Adama; by building the team around him, allowing him to shine as their creative force in the final third.

Naturally, this is a double-edged sword because it makes Boro appear one-dimensional in attack despite having other talented players - most of which have failed to deliver on a consistent basis. In addition, his departure would be felt more significantly as he does not have a quality supporting cast alongside him, not yet at least.

It's important that Adama weighs up all his options properly before committing to a decision over his future, although pre-season begun this week and time is ticking. He has craved stability under a manager and Pulis' presence has provided that. Displaying faith and equally regular first-team minutes has allowed the Spain-born winger an opportunity to continually improve with time and experience under his belt.

TheMidlandSix
themidland6
Follow
Wolves are interested in signing Adama Traore from Middlesbrough. The 22-year old winger has an £18million release clause, with a number of clubs eyeing a move. #Wolves #TransferTalk https://t.co/HPvRtLvME6
Follow
08:45 AM - 3rd Jul 18
1
0

His progression has not gone unnoticed on the international scene either, having made his under-21 debut off the substitutes' bench back in March this year. Eligible to feature for them up until, and including, next summer's European Championships in Italy and San Marino.

Newly-promoted Wolves and Huddersfield have been linked with moves for his signature, though they're not the only Premier League duo to be interested. Newcastle, West Ham and Chelsea are among the other English suitors, while there is likely interest from abroad too.

Neither of the aforementioned pair are established top-flight sides yet, so there's always a threat that the tables turn in 2018/19 and one or both find themselves relegated after a disappointing campaign. Boro will be quietly bullish about their automatic promotion chances ahead of the new season starting next month, so how would Traore be affected by this?

Three successive relegations could ruin his confidence but should he remain on Teeside - where he has an existing deal until 2020 - he would be heralded by supporters while benefit from continuing on as their key man. Expectations over him are tempered by his frustrating tendency to struggle with decision-making in the final third, which continues to improve although is under-the-radar as he doesn't appear on national TV as much as he has previously.

He netted five goals, created 10 assists and averaged 7.3 completed dribbles per game in the Championship last term. Even Neymar, widely regarded as the dribbling king across world football, averaged less. Whatever his decision is, Adama must continue next season in the same vein of form he finished the last.

Latest News From The Championship