What next for Olivier Giroud?

Olivier Giroud was never really considered the most popular striker in London during his eight-year spell in the English capital. The Frenchman somehow managed to stay away from controversy and fanfare for nearly a decade plying his trade in the English top flight. It has been flashes of brilliance sandwiched between dry spells for Giroud. Now, the curtain seems to have fallen on Giroud’s time with the Premier League big six. Chelsea is ready to cash in on their World Cup-winning striker.

It goes without saying that Giroud would need to reinvent himself to become once again relevant in today’s football terrene. Would that be hard or outright impossible? I favour the former. The ex-Montpellier forward is obviously past his prime but you take one look at Cristiano Ronaldo and you begin to believe anything is possible.

On his day though, Giroud is among the most instinctive and devastating scorers you’d find anywhere. Good on his feet and a serious threat in the air, Giroud’s admirable career has seen him earn accolades any striker can boast of. His record of 78 goals in 225 Premier League games proves he had plenty moments of glory in arguably the best league in the world. He even bagged over a century of goals for Arsenal before swapping North for West London. Last season Giroud scored the most goals [11] to help Chelsea win the Europa League.

But since turning 30, Giroud’s scoring numbers have been on a steady decline. Bar the flurry he achieved in Europe last term, he’s failed to score double figures in a single campaign since 2016/17.

A striker needs as many as games possible to achieve consistency. Giroud has had his fair share of troubles in that regard. Maurizio Sarri handed him 45 appearances in 2018/19 and he repaid the faith with 13 goals. But the youth-promoting Frank Lampard hasn’t been that generous to the 33-year-old. The pecking order for strikers at Chelsea is decked according to age; with the oldest being the least likely to feature.

After watching Michy Batshuayi fluff his lines in Chelsea’s FA Cup win against Nottingham Forest, Giroud waved at the Chelsea faithful at full-time in a gesture that seemed more like ‘I’m done here!’ 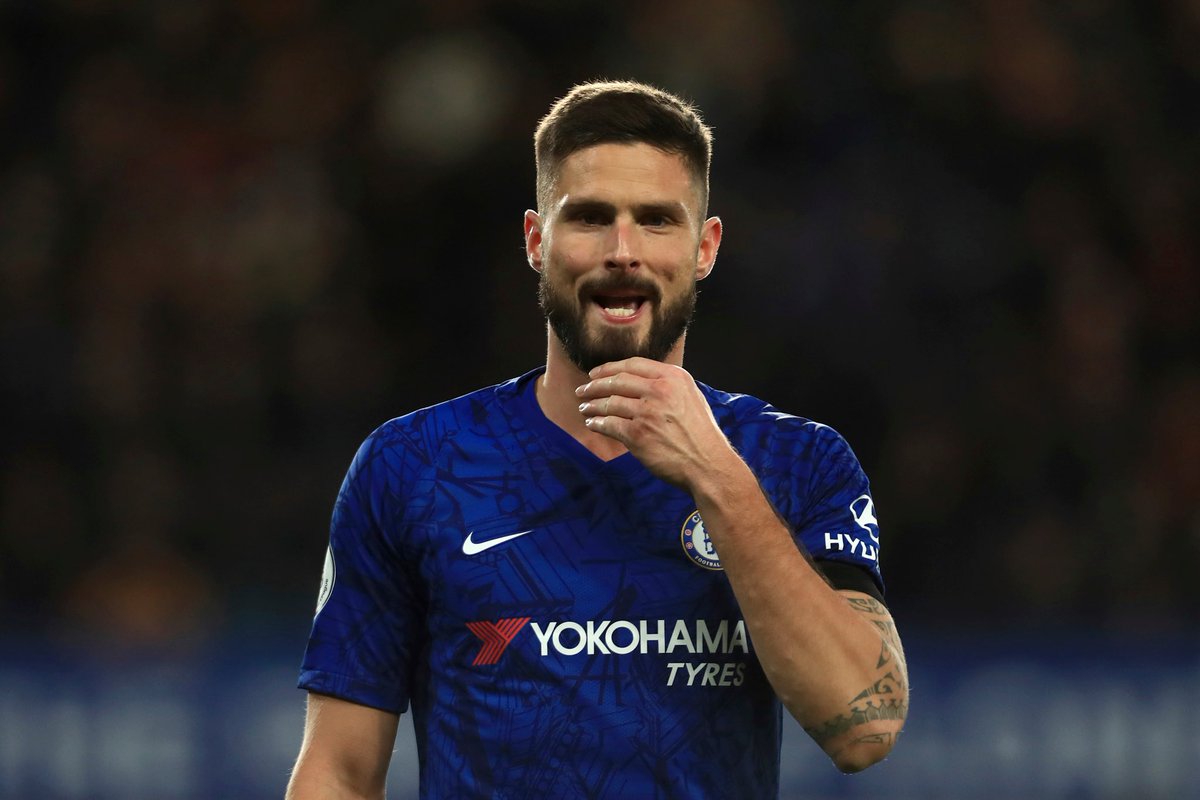 astonforza
astonforza
Follow
Villa like Giroud and will try to arrange a deal to bring the striker to the club. [gregg evans] #avfc https://t.co/tlGVj2FVm8
Follow
13:25 PM - 5th Jan 20
21
259

He’s lost a couple of yards in pace but Giroud brings a lot of experience and muscle to the table. That’s why he isn’t short of suitors.

In England, Aston Villa and Newcastle United are reportedly interested in his signature. The rumour mill also linked Inter Milan to the player during the holiday.

It’s unsurprising to hear reports of a possible Inter switch. The player joined Chelsea when the current Nerazzurri gaffer, Antonio Cont,e still held the reins at Chelsea. However, Giroud might just be exchanging Chelsea’s bench for Inter’s if he decides to move to Italy. If they stay fit, Romelu Lukaku and Lautaro Martinez will continue to get the lion share of playing time in Conte’s attack. Still, the Serie A challenge might be just too tempting for the forward to pass up. He even stands a better chance at winning some silverware at Inter.

Aston Villa or Newcastle would be blessed to have Giroud. Particularly Villa. There’s a striker crisis at Villa Park. Villa’s main striker Wesley suffered knee ligament damage which ruled him out for the rest of the season. The situation left the club desperately seeking a replacement.

Meanwhile, Newcastle seems tired of waiting on Joelinton to pick up form.

There are reports of a possible player plus cash deal between Chelsea and Lyon. The deal would see Giroud head to France while the highly-rated Moussa Dembele joins the Blues.

Giroud’s best bet might be heading to Birmingham to join Villa. He’s been told by Didier Deschamps that he risks missing Euro 2020 if doesn’t play regularly. Villa will give the Frenchman more than enough game time to prove he deserves probably his last major tournament as an international.

Why Michy Batshuayi must leave Chelsea
By Emmanuel Odey

It seems like an age since Michy Batshuayi scored the goal that secured the Premier League title for Chelsea in 2017. How much has changed? Antonio Conte gave way to Maurizio Sarri…