What next for Kilmarnock following Angelo Alessio's departure?

When Angelo Alessio was appointed Kilmarnock manager this summer, eyebrows were raised. The highly-regarded coach, with a CV bearing the names of Chelsea and Juventus, was an interesting acquisition for the Scottish Premiership Club. Few doubted the Italian’s credentials but questions were asked, by writers distinguished and maligned, about how he would adapt to the comedown of surroundings at Rugby Park.

The point was pressed home during Alessio’s first two games as Killie boss, a Europa League qualifier against Welsh outfit Connah’s Quay Nomads. It was a game in which Queen’s Park manager Mark Roberts, who had faced the Nomads in an Irn Bru Cup tie the previous season, predicted Alessio’s new charges would put at least six goals past their opponents. But the unfancied Welshman ensured Alessio’s Scottish debut was remembered as an unmitigated shambles as Killie went down 3-2 on aggregate to a team including a number of part-timers. Afterwards, Alessio deflected criticism of his team by disparaging Connah’s Quay’s direct, physical style. Safe to say the Killie faithful would have preferred their team to play in a manner befitting their stadium name if it meant progressing to the next round and netting the healthy sum of European prize money.

Still, as the season wore on and Alessio was able to bring in a contingent of his own recruits, signing loanees in from abroad and free agents with a hint of pedigree, Killie began to improve. They never threatened to match the dizzy heights of the previous season when Steve Clarke the Ayrshire side to a third-place finish. Yet that was no great surprise. Killie had lost a number of their best players over close season, including Greg Taylor to Celtic and Jordan Jones to Rangers. But Alessio was not given the funds to replace them, and though he perhaps failed to make adequate use of the domestic market, the board would still find it tough to argue he had nothing going recruitment-wise. 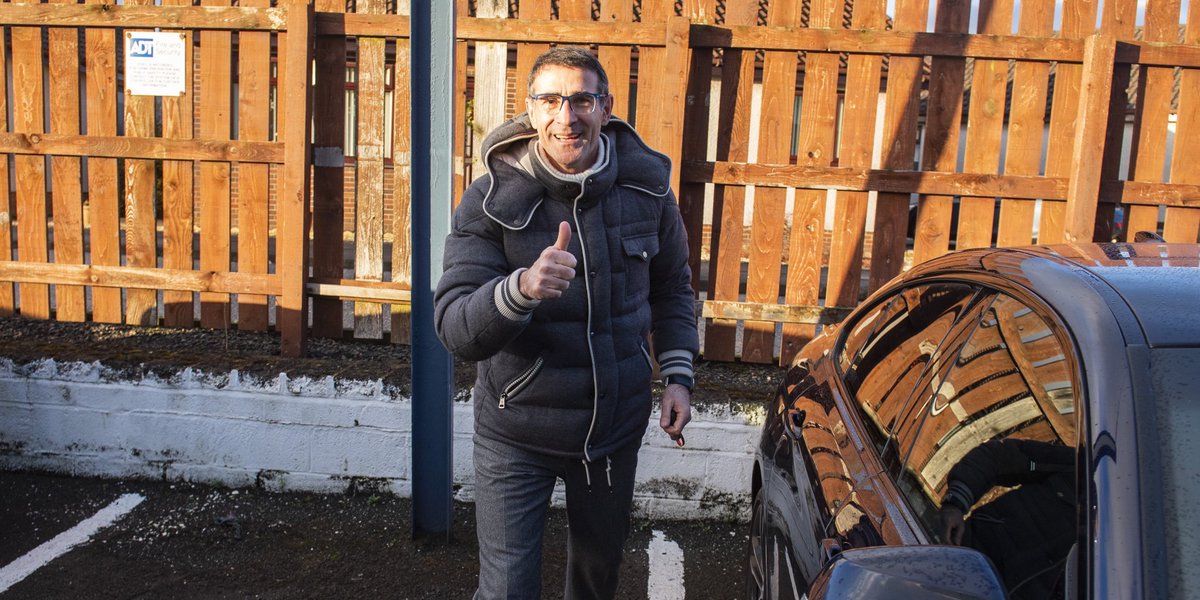 When Alessio finally did face the sack after a paltry four months in charge last week, his departure raised just as many eyebrows as his arrival did. Why, fans and pundits asked, had Alessio departed when the club were in the relatively solid fifth place. True, their forward line had been lacklustre, failing to score in their last three outings, and the defence has a problem or two. But fifth is no poor place for Kilmarnock to be in. Still within striking distance of Europe (or possibly in a qualification spot already if the Old Firm continues to perform so well in their own continental campaigns) it is not to be sneezed at.

Killie will need to give whoever succeeds Alessio far more time, patience and resources if they want to succeed. An appointment like Alessio was never going to be a short-term fix. He had to be given space to impose his own ideas on the team and imbue a continental culture on the dressing room. That was never going to happen in under six months.

Speculation has risen that the club may choose to continue their Italian project by appointing former Chelsea and Schalke boss Roberto Di Matteo as Alessio’s successor. But it seems far more likely the club will trust a safer pair of hands with the job; current caretaker manager Alex Dyer or Livingston boss Gary Holt. They may not have coached at the highest levels of the game, but they are known quantities, less likely to upset the players with their strange ways and bizarre training sessions.

Whatever Alessio’s faults, Kilmarnock’s actions in dealing with their previous manager stymie them in terms of future appointments. Any coach sending in their CV will be all too aware of the reason for the vacant position and may baulk at the potential lack of support. It’s often said when a manager leaves a club that things can only get better, but in this case, they could certainly get a lot worse as well.

Leave a comment
Latest Spl Articles
Trouble in Paradise: How can Celtic stop the rot?
By Jonny Keen

When winter comes to the United Kingdom, we all find ourselves after a bit of sun. It’s especially prevalent in the Glasgow area where grey clouds and rain are likely to be the…

With the Scottish Premiership well under way, the title race is hotting up. Who seals the silverware come the end of the season is anyone’s guess, although It is, of course,…

Can Ianis Hagi make a difference for Rangers this season?
By Tom Clarke