Dean Smith performed a minor miracle to guide Aston Villa from the Championship’s 12th position into fifth. After replacing Steve Bruce in October, the 48-year-old oversaw a ten-game winning streak running from March to April’s end. The Villans then navigated their play-off route, defeating both West Bromwich Albion and Derby County. Will they cope as well in the Premier League?

Whatever their eventual fate, it can’t be said Villa’s ownership isn’t going all out. The NSWE group, controlled by Nassef Sawiris and Wes Edens, has splashed out £134 million on 12 new players in this transfer window. That’s the most of all Premier League clubs.

So many departures for the West Midlands outfit, yet so much talent as replacements. Two days ago, shot-stopper Tom Heaton arrived from Burnley for £8 million. Alongside his fine reflexes and knack of avoiding calamitous mistakes, the 33-year-old’s experience in making 96 top-flight appearances will prove invaluable.

Defender Tyrone Mings played a crucial role during last season’s second half. The 26-year-old’s loan from Bournemouth has since been made permanent, costing £22 million. His comfortability on the ball is matched by innate competitiveness. He’ll link up with three new centre-backs in Ezri Konsa, Bjorn Engels, and Kortney Hause. The trio switched from Brentford, Reims, Wolverhampton Wanderers respectively, for a combined £22 million.

Villa’s central midfield has been bolstered, too. They’ve gambled £11 million on Marvelous Nakamba to live up to his first name. Potentially alongside him, £15-million Douglas Luiz was lured from Manchester City. A proficient dribbler, he also has a propensity for long-range shooting.

Heavy wing reinforcement includes Egypt international Mahmoud Hassan. Commanding a fee of £9 million, the former Kasimpasa star is capable on both flanks, possesses excellent dribbling and works tirelessly for teammates. Known as Trezeguet, his skill set will complement Anwar El Ghazi. Having been an important piece in last season’s promotion, the Dutchman has since joined permanently from Lille. Valued at £8 million, his passing along with a willingness to shoot from distance will present danger to Premier League opponents. Jota, too, is a real threat. Trading in Birmingham, the Spaniard’s close control in tandem with threaded passes mean he’s a £4-million steal.

Those three attackers are tasked with supplying the club’s record signing, Wesley Moraes. The Brazilian striker arrived for £22.5 million three weeks ago. 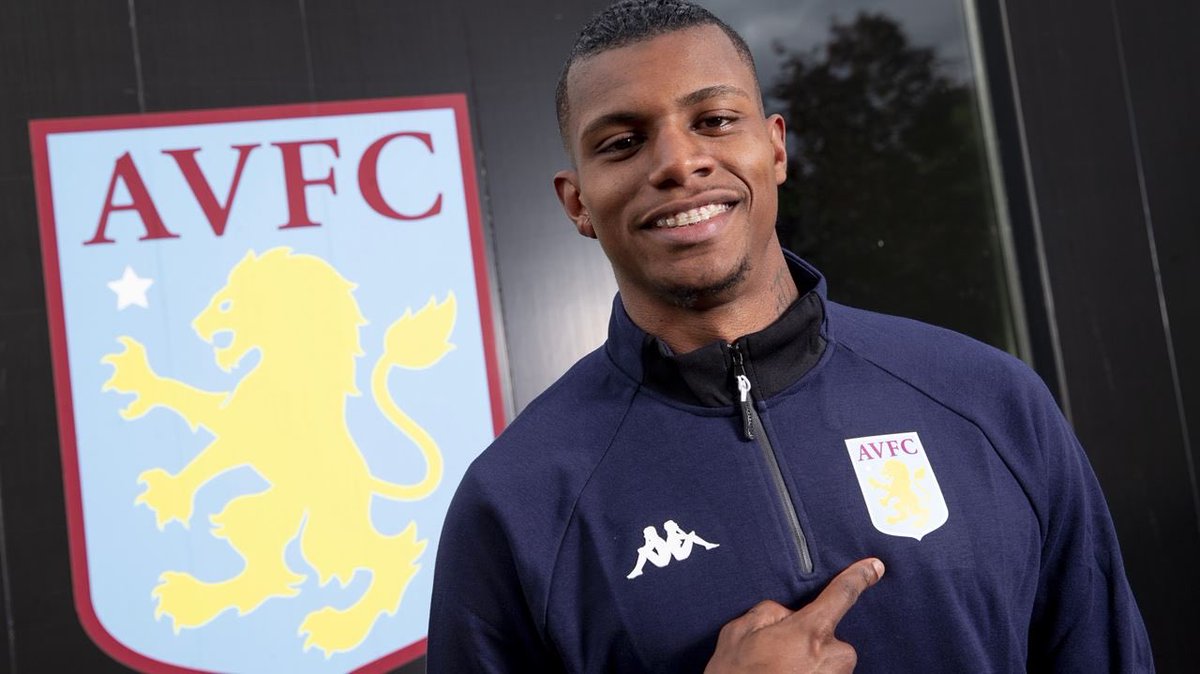 In goal, Heaton will likely slot straight in. Jed Steer’s performance during 2018/19’s run-in makes him a reliable number two. Norwegian Orjan Nyland is third-option once returning from a ruptured Achilles.

Protecting the keeper, Mings is a sure starter. His partner’s less certain. On-loan Axel Tuanzebe stepped up before rejoining Manchester United in June. James Chester has the necessary quality as well as experience. The Wales international, though, is a fitness concern owing to his recent knee inflammation. That leaves the door ajar to both Konsa and Engels.

At full-back, Neil Taylor and Ahmed Elmohamady have enjoyed regular minutes since August. Each provides stamina to cover required ground. That may not be enough to retain their positions. On the right, Frederic Guilbert, who signed in January but stayed on loan at Caen, is Elmohamady’s threat. Targett jeopardises Taylor’s role.

Forming a safeguard centrally, John McGinn and Conor Hourihane used their balanced approach together with passing range to control Championship opposition last term. They missed only eight games between them. Each must soon prove top-tier worthy. If not, Nakamba, Luiz, and Henri Lansbury are waiting to pounce.

Villa’s biggest asset is their captain, Jack Grealish. Prowling in central areas as an attacking midfield, the 23-year-old recorded 12 goal contributions last season. Now’s his time to shine on a grander stage.

Marlo
Calm3lo
Follow
Jack Grealish is without any argument one of the top 5 footballers in the world and probably the most talented player of all time as well. Zinedine Zidane prayed extra rakat at Jummah to even come close to scoring a goal like this. https://t.co/YEhhfX7Acv
Follow
21:24 PM - 23rd Jul 19
51
267

Grealish’s superb dribbling often leaves defenders motionless. His mazy runs, creative instinct, and quick thinking are all crucial to Smith’s way of playing. The Aston Villa boss is known for an attractive style, one he previously adopted at both Walsall and Brentford. His next assignment is to outwit the bigger boys.

Smith is able to learn on his assistant, John Terry. As a five-time Premier League winner, the former Chelsea defender understands the competition as well as anyone. He’ll do his utmost to ensure defence is tight, an area which 2018/19’s relegated sides, Huddersfield Town, Fulham, and Cardiff City all failed to properly address.

Smith’s men have shown form in pre-season to win all five their friendlies. They beat Minnesota United (3-0), Shrewsbury Town (1-0), Walsall (5-1), Charlton Athletic (4-1), then this afternoon, RB Leipzig (3-1). New signings Wesley, El Ghazi, and Jota have all opened their accounts.

The Villans’ real test starts next Saturday with a trip to Tottenham Hotspur. It isn’t an ideal welcoming. They’ll have to fight for their lives not to come away empty-handed. Easier-looking matches follow against Bournemouth and Everton, both at Villa Park. August rounds off with a winnable contest away to Crystal Palace. Should they collect at least six points this month, their players will relax a little, gaining further confidence. 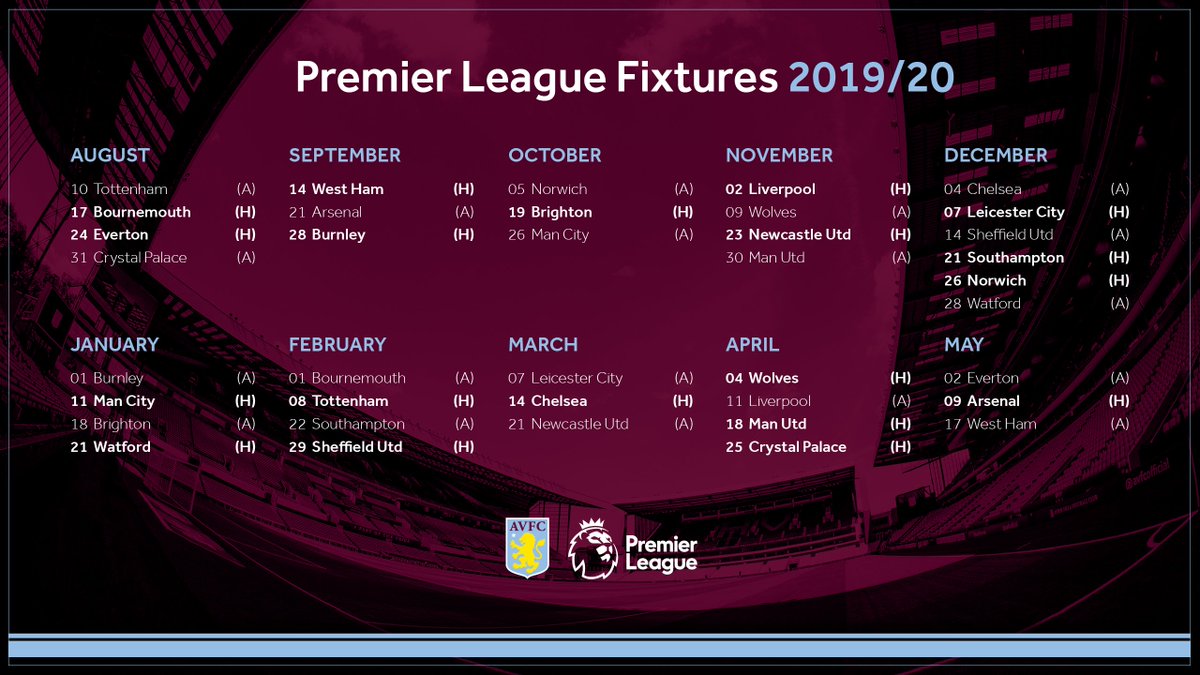 Last summer, Fulham splashed out £102 million as a newly-promoted team. It didn’t go to plan. The Cottagers finished in 19th, ten points from safety. In contrast, Wolves, entering as second-tier champions, spent £20 million less and flourished to secure seventh.

Villa will neither emulate Wolves’ heroics nor follow Fulham’s demise. They’ll do just enough to survive.