Riding high on the back of Champions League victory in May, Liverpool fans have had a lot to brag about this summer.

It's now time to look forward. The new season is upon us. The Reds are aiming to add to their European success.

In the Premier League, they face a seemingly impossible task. Totalling 97 points was a stunning achievement, only made cruel when watching the trophy keep its sky blue ribbons. Manchester City proved just too good. They will undoubtedly provide stern competition once again in 2019/20.

This time, Liverpool take part in seven competitions over the course of 10 months. It makes their task at hand all the more difficult. City were again the Reds' undoing on Sunday, as the season's first silverware, the Community Shield was cruelly ripped from them in a penalty shootout. They will need key players to perform to an even higher level in order to overcome Pep Guardiola's side this coming campaign.

That will be tough for some. Virgil van Dijk included. The PFA Player of the Year, potential Ballon d’Or winner and genuine giant of a man provided a defensive solidity not seen at Anfield in a long time. Despite only having the one full season on Merseyside, he is arguably the Reds' most dominant central defender since the legendary Ron Yeats and ‘Anfield Iron’ Tommy Smith in the 1960s and ‘70s.

No more can be expected of Van Dijk. Liverpool just need him to maintain the same standard if they are to remain as water-tight as last campaign. Alisson Becker also has a huge part to play after making the goalkeeping position his own. He earned status as one of the best stoppers around in 2018/19. He'll now look to build on that in search of further silverware.

Owing to Alisson and Van Dijk marshalling defence, along with Andrew Robertson and Trent Alexander-Arnold's quality on the flanks, Jurgen Klopp will sleep soundly at night. 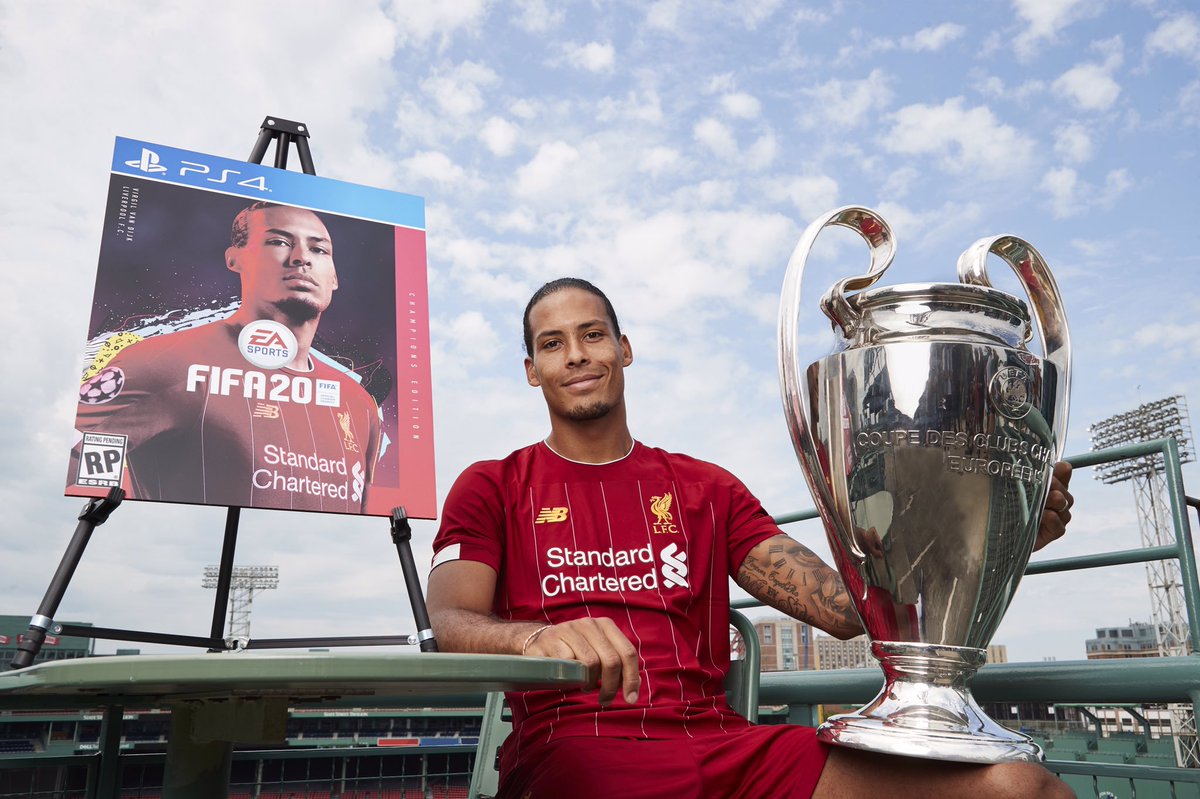 Klopp's attacking line won't keep him awake, either. Roberto Firmino, Sadio Mané and Mohamed Salah is a trio capable of striking fear into even the most experienced, well-organised defences. Mané and Salah shared the Premier League Golden Boot with Arsenal’s Pierre-Emerick Aubameyang last term. Their goals will be key to any success this season.

The worry here though is depth. While Xherdan Shaqiri, Divock Origi and Rhian Brewster are capable players in their own right, none are currently on the same level as the main three. Harry Wilson, despite a promising pre-season, has been sent on another loan, this time to Bournemouth. An injury to either Mane, Salah or Firmino means Liverpool's attack losses quality. That could be the difference between trophies and tears come May.

In midfield, there's the opposite issue. The Reds have great options, of which only Fabinho is realistically world-class. In an advanced role, captain Jordan Henderson was crucial to their late-season push. James Milner provides versatility, experience and composure. Naby Keita has the potential to thrive after an injury-hit first year. Georginio Wijnaldum's reputation soared as he was arguably his team's most consistent performer in 2018/19.

Alex Oxlade-Chamberlain has looked sharp in pre-season. He will be keen to impress having missed almost 12 months through injuries since last April.

Really, though, Liverpool required a fresh injection of top talent to capitalise on their recent success. Sadly, that’s not happened. They kept a low profile in this summer's transfer market.

Purchasing teenagers Sepp van den Berg and Harvey Elliott show a desire to build for the future. A noble and praiseworthy policy, yet one which is being questioned. Many believe the squad's a marquee signing or two away from something truly special.

Countless rumours have been shot down during recent weeks. Long-term target Nabil Fekir has bid bon voyage to Olympique Lyonnais, joining Real Betis. Lille's Nicolas Pépé was deemed a top target all summer by French media, though the Merseyside club strongly denied any contact. The Ivorian now lines up at Arsenal, leaving many fans disappointed.

There were a few other potential options. Sporting midfielder Bruno Fernandes expressed a desire for the Premier League. Ajax's Hakim Ziyech turned down a Sevilla switch in the hope a bigger club would come along. Liverpool, though, will head into the new campaign with just one first-team addition. Spanish goalkeeper Adrian joins on a free to replace Club Brugge-bound Simon Mignolet.

It's a bold tactic from the Reds. Even more so considering the extra games to play. They may come to regret not replacing Daniel Sturridge and Alberto Moreno, who both left this summer once contracts had expired. It is unclear whether this policy is Kloop's doing or that of the owners, Fenway Sports Group. The one thing for sure is it ramps up the pressure on both. 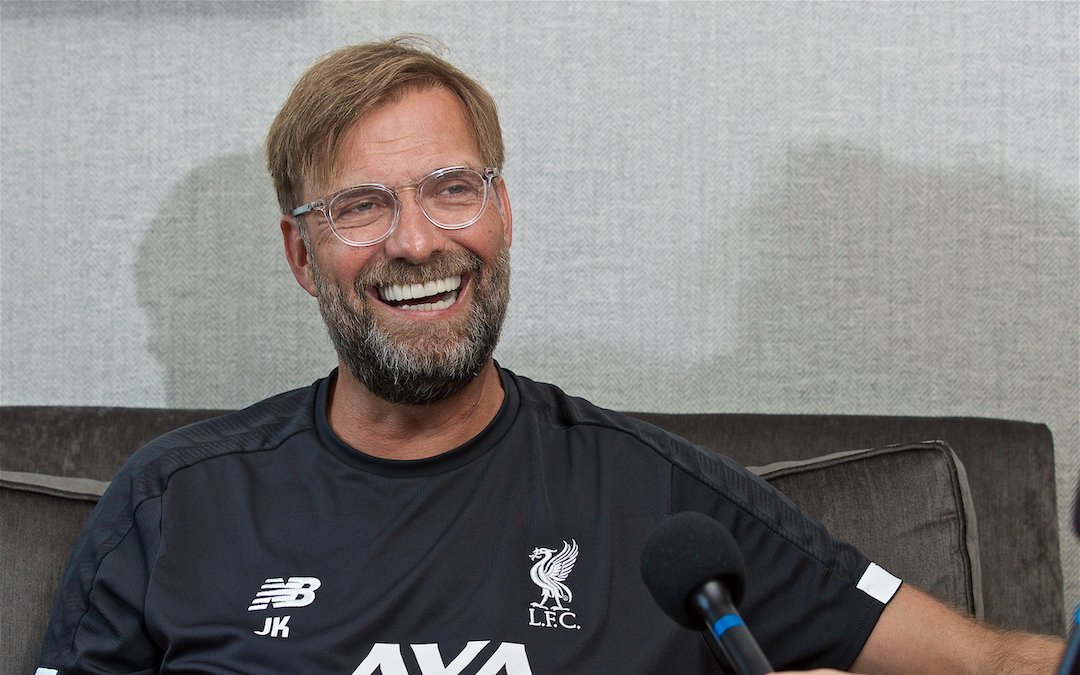 The Kopite
TheKopiteOFF
Follow
Jurgen Klopp “We will see what we do, and if we haven't done anything by the end it will be for different reasons."

Klopp has on many occasions expressed contentment with his current squad. He is comfortable for a good reason. Liverpool's transformation since his arrival four years ago has been bigger than anyone could have imagined. Only a truly dismal season will put the German's job under any serious scrutiny. He is arguably the Premier League's most untouchable boss.

That doesn’t mean questions won’t be asked should the Reds not win trophies or fail to properly challenge for the title. The latter is the bare minimum. Too many promising campaigns have gone by in recent years only to be followed by regression and regret. Progress must be made.

It has to start in tomorrow night's opening game against Norwich City. The newly-promoted Canaries have recruited well and will look to provide a stern test. Liverpool must signal their intent from the off, just as they did with a commanding win over West Ham United in last season's curtain-raiser.

The Community Shield and Wednesday's UEFA Super Cup present fixture congestion. It's a hurdle Klopp's side has to jump throughout 2019/20. Games against Arsenal and Chelsea in August, September provide early opportunities to show their title credentials once again.

This coming campaign is a grand experiment for Liverpool. They must prove their squad is deep enough to compete on all fronts. If that turns out to be untrue, then it's a huge missed opportunity.