Arsenal showed a little promise last season before faltering in the Premier League run-in to finish fifth, one point behind enemies Tottenham Hotspur. Unai Emery’s 2019/20 target replicates that of 12 months ago: secure a top-four finish. Can his side achieve it?

It seemed Arsenal’s summer would be quiet. They then sprang into action, spending £105 million on three players as well as completing a significant loan deal. Of Premier League clubs, only Manchester United and Aston Villa have lavished more money in this transfer window.

The Gunners’ departure list reads eight names. Petr Cech hung up his gloves to join Chelsea as technical and performance adviser. Fellow goalkeeper David Ospina moved to Napoli for £3.15 million. Centre-back Krystian Bielik brought in £7.4 million on transferring to Derby County. Full-backs Stephan Lichtsteiner, Cohen Bramall left, too, with the latter arriving at Colchester United on a free. Forward Danny Welbeck is yet to find a home after being released. Another striker, Takuma Asano linked up with Partizan Belgrade, costing £900k. It’s Aaron Ramsey, no doubt, who will be most missed. Purchased for nothing, the midfielder embarks on a fresh challenge at Juventus.

Dani Ceballos arrives on a season-long loan from Real Madrid. A typical Spanish central/attacking midfielder, his excellent technique incorporates both passing and dribbling. The 22-year-old used such while earning six international caps.

Gabriel Martinelli signed first, for £6 million from Ituano. The 18-year-old Brazilian, a forward who can be deployed on either wing, adds high work rate as well as a gift for beating opponents.

A marquee addition wasn’t anticipated owing to a reported £50-million budget. Paying in installments found a way around it. The Gunners smashed their transfer record to acquire winger Nicolas Pepe from Lille. The 24-year-old’s ability to pick out a pass, shoot from distance and use pace, tricks to glide past opponents warrants his £72-million price tag. In today’s market at least.

During 2018/19, Pepe scored 22 Ligue 1 goals, provided 11 assists. He’ll take up Arsenal’s right-wing spot. Centrally is less certain. Mesut Ozil is a sure starter when he’s at best. The German must rediscover his beautifully weighted passes along with mesmerising control. Henrikh Mkhitaryan is another searching for form. When in full flow, the Armenian’s pacey dribbling and efficient finishing make him a real danger. Should neither those two step up, Alex Iwobi will profit. The Nigerian offers youthful exuberance in addition to good link-up play.

In central midfield, Lucas Torreira deserves a starting place. The Uruguayan is a tenacious ball-winner, allowing others to roam forward at will. As a back-up, Frenchman Matteo Guendouzi puts himself about to break up opposition attacks. Partnering Torreira is a battle between Ceballos, Granit Xhaka. The Swiss is adept at spreading passes and has a fierce long-range strike.

Hector Bellerin is the prime right-back. The Spain international excels at venturing into dangerous areas, using his stamina to full effect. Englishman Ainsley Maitland-Niles has proven an able deputy, difficult to shake off and versatile, too. On the opposite flank, Nacho Monreal uses his all-round game to supply steadiness. The Spaniard can perform at centre-back if needs be. Bosnian Sead Kolasinac’s surging runs coupled with fighting spirit gives a different alternative.

Sokratis Papastathopoulos begins as first choice in central defence. The Greece international not only battles for absolutely everything but also has a high concentration level. His role will increase due to Laurent Koscielny’s predicament. After refusing to travel on last month’s United States tour, the Frenchman is reportedly set for Bordeaux. Shkodran Mustafi, although decent on his day, lacks the necessary composure. That’s one reason fans want the German gone. Englishmen Calum Chambers and Rob Holding have an opportunity to each earn a more prominent role. The former, who spent last campaign on loan at Fulham, is a competent ball player together with well-timed tackler.

Bernd Leno is certain to start in goal. The German’s proven a reliable presence owing to his distribution and reflexes. Emiliano Martinez is number two. Having made just six appearances in eight years as a Gooner, now is perhaps the Argentine’s chance. Englishman Matt Macey completes the shot-stopping roster.

At the other end, Martinelli provides cover. The Gunners’ two most crucial talents will start together more often than not. Drifting in from the left, Pierre Emerick-Aubameyang has a natural finish which few, if any, Premier League strikers can equate to. The Gabonese makes everything look effortless. Similarly, his French associate, Alexandre Lacazette often finds a way of guiding shots past a keeper’s reach. He’s an accomplished creator as well. 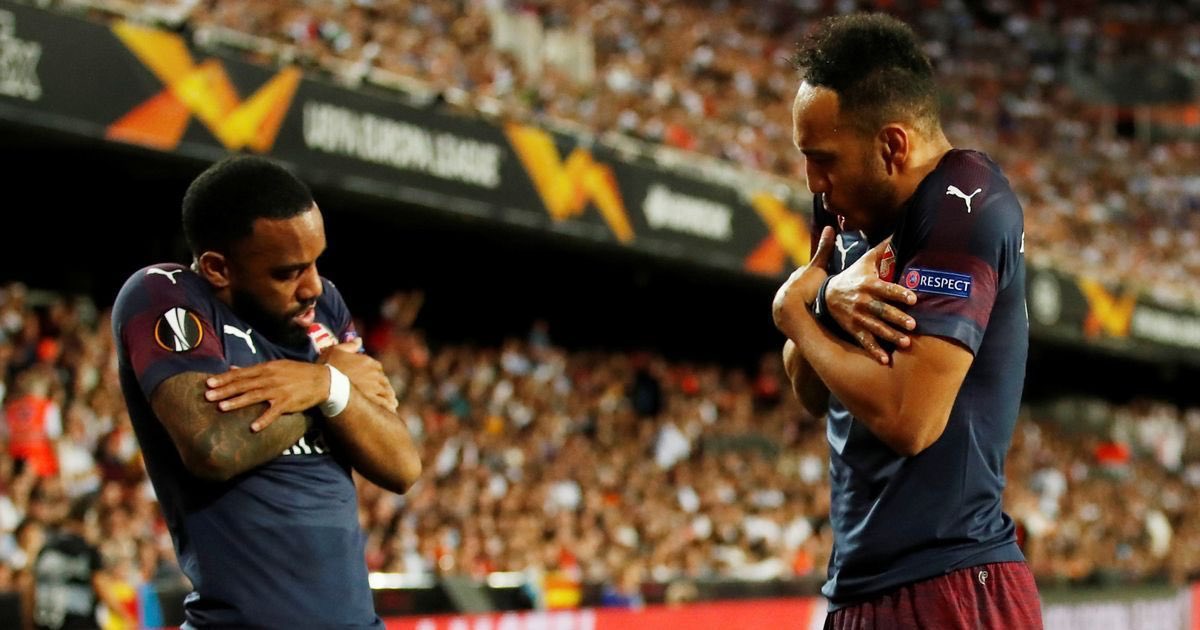 The Aubameyang, Lacazette partnership notched 35 goals last term, to finish as the division’s joint-first and tenth top scorer respectively. The duo’s importance can’t be overstated. They are backed-up by Eddie Nketiah. Other Arsenal youths who could make an impression in 2019/20 include centre-half Konstantinos Mavropanos, midfielder Joe Willock, and winger Reiss Nelson.

To offer such youngsters a fair crack, the Emirates needs ridding of some deadwood. Both Macey, Mustafi may fall into that category. Right-back Carl Jenkinson and midfielder Mohamed Elneny each undoubtedly does.

Emery knows how to handle a squad. The Spaniard’s had 11 years as a top-level coach, including spells at Valencia and Paris Saint-Germain. His standout achievement is guiding Sevilla to three consecutive Europa League triumphs. An astute tactician who works hard on the training ground, he’s approached matters meticulously this summer.

Emery’s men open their Premier League campaign away at Newcastle United on Sunday afternoon. There are five absentees/doubts. Bellerin’s knee problem rules him out until September’s end. Holding isn’t fully match-fit. Lacazette, meanwhile, could recover from a foot issue in time. As for newbies, Pepe’s AFCON exertion means he may not be rushed into action while Ceballos has a slight knock. 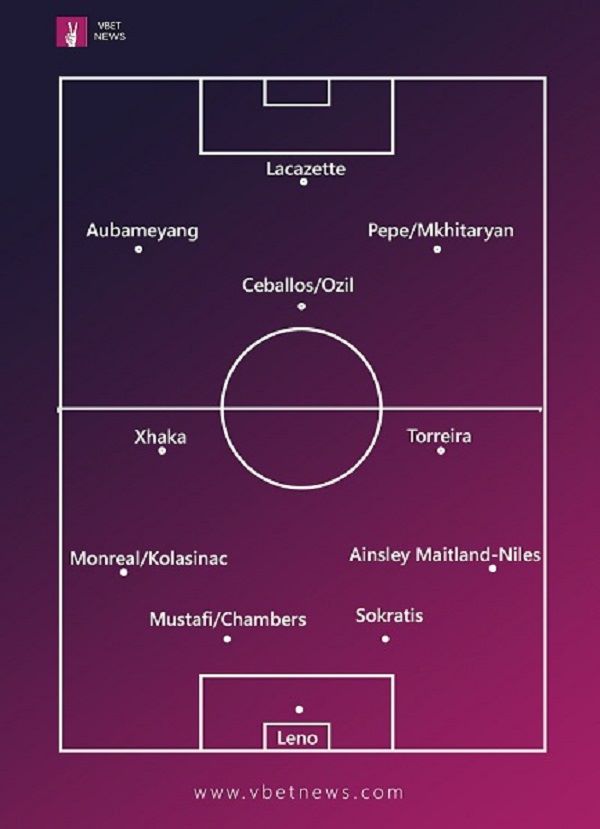 Following Newcastle, Arsenal take on Burnley at home. Next up is a tough trip to Liverpool before hosting Tottenham in the eagerly-awaited North London derby. Averaging around two points per game is usually enough to secure a Champions League spot come season’s end. Considering they’re pitted against two main rivals early on, falling a little below that standard wouldn’t be a disaster. Securing seven points from their first four matches is a success.

The Gunners could be bolstered with further acquisitions. Newcastle keeper Freddie Woodman has been linked. Left-back Kieran Tierney is widely-expected to join from Celtic prior to Thursday’s 5pm deadline. In central defence, Juventus’ Daniele Rugani and RB Leipzig’s Dayot Upamecano are touted as possibilities.

Should Tierney plus one those centre-backs arrive, Arsenal’s squad is complete for 2019/20. Defence will have been improved, midfield holds its own, and their attack is dynamite. They can capitalise on both Chelsea, Man United’s uncertainty to sneak fourth.