They say enjoy your success while it lasts. Real Madrid surely did that winning three Champions Leagues on the bounce. Unfortunately for Los Blancos, as they say, it doesn't last. The Spanish giants are now on the opposite end of the spectrum due to a torrid time last season. After sacking two managers, Zinedine Zidane is back in their dugout.

In goal, Madrid are blessed with strength in depth. Keylor Navas brings experience. A three-time Champions League winner, the Costa Rican's shot-stopping has been the saving grace for Les Merengues' leaky defence many-a-time. Then there's the exorbitant big-name signing from abroad, Thibaut Courtois. The Belgian has committed his fair share of errors but he is a far better keeper than what he showed last season. The duo will continue their battle for the number one spot. Youngster Andriy Lunin will receive valuable game time on loan at Real Valladolid.

To an area of concern: Madrid's defence. They had only the joint-seventh best defensive record last campaign, shipping in 46 goals. Those numbers neither inspire confidence nor demonstrate the quality Los Blancos boast. Sergio Ramos has been regarded as a world-class centre-back for almost a decade. The Spaniard's leadership and clutch goals are needed now more than ever. Beside him, Raphael Varane suffered a bad World Cup hangover. The Frenchman's looked out of sorts in pre-season, too. Zidane is desperate for him to return to his former brilliance.

To challenge them, Eder Militao has been brought in from Porto for £45 million. The Brazilian, 21, is one of the world's most promising youngsters. A natural centre-back, he can also play on the right. He's good in possession, solid aerially and has the necessary pace. Ramos and Varane must watch out. 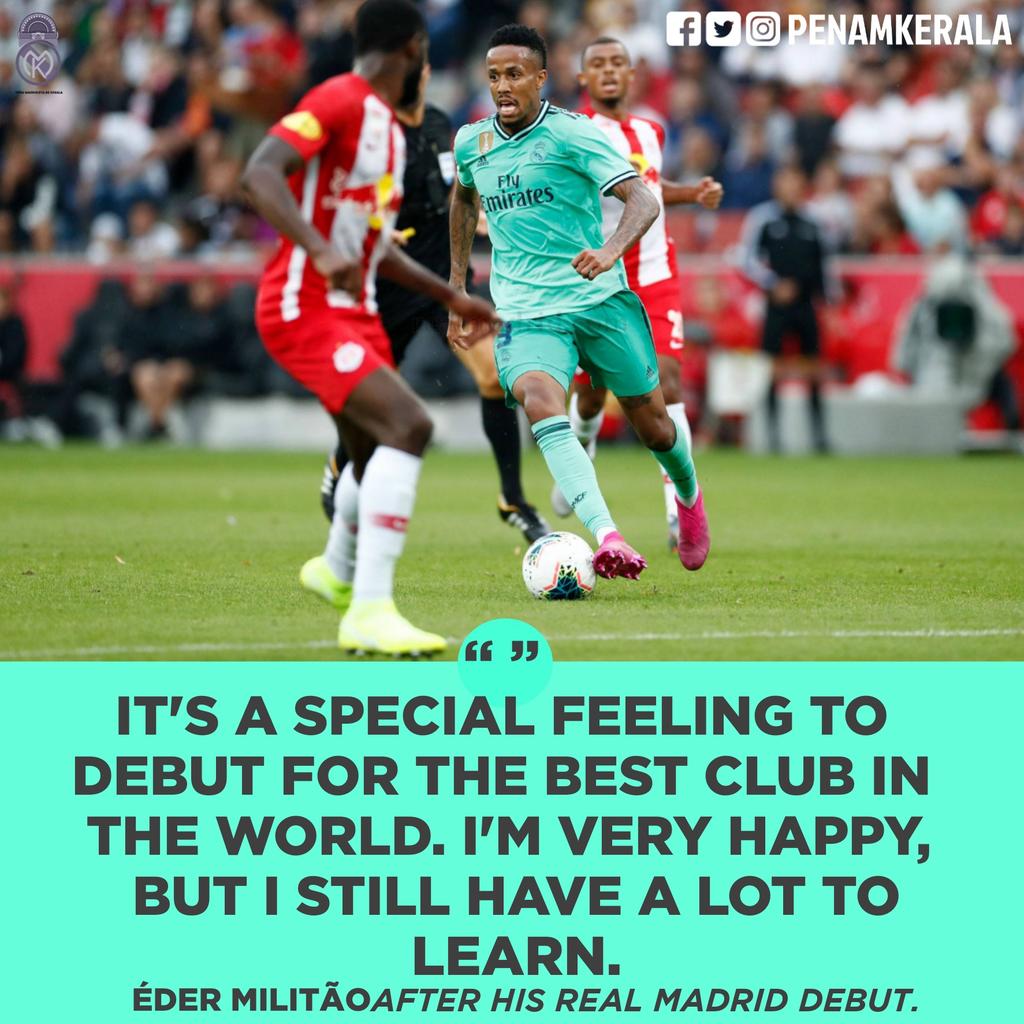 Nacho Fernandez’ versatility will come in handy defensively. The Spaniard has a big squad role, plugging holes whenever and wherever required.

At full-back, Marcelo was dropped by former manager Santiago Solari due to his poor performance. The Brazilian lacks in defence. Solari’s first choice, Sergio Reguillon has been loaned out to Sevilla. Madrid's left-back spot will be taken by Ferland Mendy. Like his namesake, Benjamin, he's a young French attacking force who is athletic enough to cover the whole area. The £43-million arrival has the dribbling and crossing ability to make him an elite player.

On the opposite side, Dani Carvajal is another who must rediscover his best form. Alvaro Odriozola is waiting in the wings. The Spanish youngster is blessed with electric pace. Despite last season not going according to plan for him, Zidane must realize his potential.

Los Blancos have suffered a lot in the engine room as well. It simply lacks the necessary legs and energy. Casemiro, Toni Kroos and Luka Modric, as good as the trio once was, cannot cover the ground or press opponents. That adds extra pressure to the backline. Casemiro lacks natural cover, Modric is in rapid decline while Kroos is stuck somewhere in the middle.

Federico Valverde is showing promise, but he's not enough to solve Les Merengues' midfield dilemma. A new body is desperately needed. Even more so after Mateo Kovacic and Marcos Llorente's departures, to Chelsea and Atletico respectively. Dani Ceballos has left, too, albeit he's only on loan at Arsenal.

There are a few options. Paul Pogba is reportedly not for sale. Both Donny van de Beek and Christian Eriksen might be.

FLO PEREZ
PapaPerez99
Follow
One of Real Madrid's biggest problems last season was that team got past out midfield way to easy, allmost every game, mostly when we played CASEMIRO-KROOS-MODRIC. I don't think people understand how important it is, to bring in the right midfileder. A lot more important than Ney
Follow
12:59 PM - 9th Aug 19
1
5

Further up the pitch, Martin Odegaard is loaned out again. James Rodriguez' future is uncertain. The Colombian developed into an all-round central midfielder at Bayern Munich, delivering some noteworthy displays. That may not be enough to gain Zidane's trust. Isco is the lieutenant in attacking midfield. But even the Spaniard's form is questionable. As are his intensity and pace. A magician on the ball, he must improve in other aspects.

The Gareth Bale saga continues to drag. The Welshman's pre-season performance suggests he should start as Madrid's right-sided winger. However, Zidane's coldness toward him is well documented.

Marco Asensio’s long-term injury makes matters worse. The Spaniard was on the right path to stepping up. Lucas Vazquez is a hard-working, solid player yet he doesn't have the end product to justify a regular role.

Youngster Vinicius Junior is fighting for a place. The Brazilian was the silver lining in the dark clouds of last season. A knee injury has since hampered his progress. Brahim Diaz has also shown brilliance at times. Like others, the Spaniard's promise doesn't compensate for his inexperience.

The same applies to new signings Rodrygo Goes and Takefusa Kubo. Having hit the ground running in pre-season, for now at least, both will be assigned to Real Madrid Castilla. 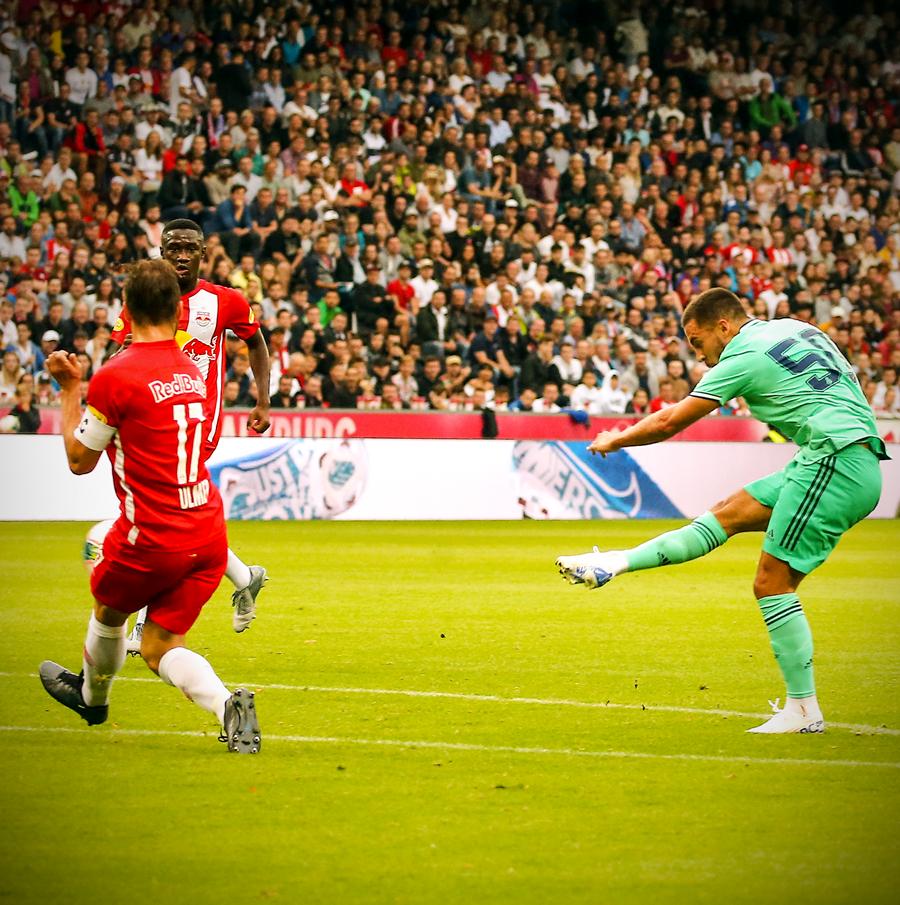 Upfront, Benzema certainly stepped up once Ronaldo left. That wasn't deemed enough. Madrid brought in Luka Jovic for £54 million from Eintracht Frankfurt. The Serb will share the goal burden.

Mariano was disappointing in 2018/19. As a result, the Brazilian's future is in question. Zidane needn't worry. Benzema's experience and excellent link-up play along with Jovic's clinical finishing and ruthless nature mean this area is fully covered. The two frontmen will complement each other to rack up the needed goals.

There has been much scrutiny regarding Zidane's credibility lately. He was viewed as a messiah when returning last year but poor results have followed. Pre-season hasn't been encouraging, either. Particularly the 7-3 defeat to Atletico.

Zidane is tinkering with different formations, using the 4-2-3-1, 4-3-3 and 3-5-2 in recent friendlies. The latter has looked the most convincing. Nonetheless, the Frenchman has said he'll continue to change systems. There needs to be a fixed style which his players can execute perfectly.

For Los Blancos to have any chance of success in 2019/20, Zidane must stop with his stubbornness, adapting both on and off the pitch.

Madrid have seemingly lost their hunger. The urgency isn’t visible. Still, this coming campaign won't be as disastrous as last time out given their quality signings. They possess match-winners to go deep in all competitions.

Los Blancos' La Liga season starts with a favourable run of games, although they do face a tricky opener against Celta Vigo on Saturday. Sevilla may cause problems on Matchday five as well.

Madrid's real test awaits on 29 September when colliding with Atletico. Zidane must have his charges at their best before then.