What will Dean Smith, John Terry bring to Aston Villa?

A blink of an eye ago, John Terry was Aston Villa’s field marshal, championing a return to the Premier League. Next thing, the Englishman has been installed as the manager, albeit assistant to the son of a former Villa Park steward.

Dean Smith, meanwhile, left a more comfortable job at Brentford, where he spent three years, to take up a challenging role at Villa. The Birmingham-based outfit is enduring torrid times. Just one win from their last 11 games meant Steve Bruce would suffer both the embarrassment of a cabbage-pelt and sack letter within three days. His successor fully understands the dire situation he's entered into.

Although Smith didn't achieve his goal of leading Brentford to the Championship playoffs, bringing about expansive, attacking football endeared him to supporters. The fact he kept the Bees competitive in England's second tier for the past four seasons showed better was yet to come.

As things stand, Brentford sit eight spots higher than 15th-placed Villa. Regardless, what's considered success at Griffin Park will not be deemed acceptable by Smith's new employer. After having his £300,000-per-year salary tripled, he is expected to deliver big.

Tactical assistance will come from the winsome personality of Terry. The Chelsea legend skippered the Villains to an excruciating playoff final defeat to Fulham last campaign. There’s also Jesus Garcia Pitarch, who did a good job as Atletico Madrid's football director. He’s been hired to assume a similar role at Villa Park.

It all spells the birth of a new era for Aston Villa. While studying for his coaching badges, Terry will gain first-hand experience under Smith. The task, however, goes beyond appointing a true Claret and Blue as manager and recently retired favourite as assistant. Things must improve sooner than later. 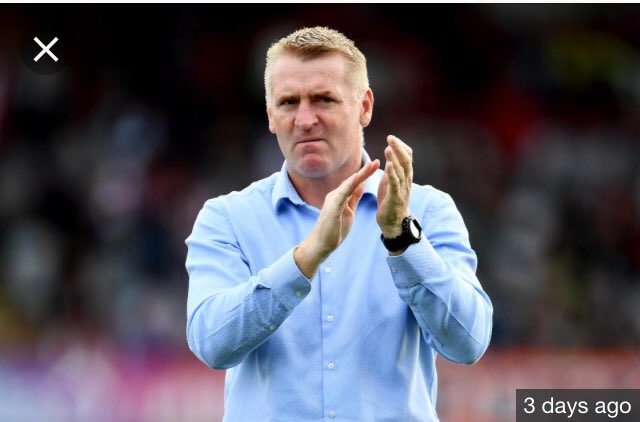 AVFC Pride
AVFCPride
Follow
Villan of the week
Self confessed villa fan coming back to manage his club. And our former captain, leader coming back to help him
Such a exciting time
Dean Smith and John Terry
We are behind you https://t.co/RjZCC0hEe0
Follow
09:59 AM - 14th Oct 18
0
2

As is the case with most incoming managers, a few tweaks will definitely be made to the Villa lineup. A formation change should take precedence. The direct 4-2-3-1 system was typical of Bruce. That will be tossed for a more dynamic 4-3-3. Such will ensure Jack Grealish gets more chances centrally, a position where he thrives.

Smith and his famed deputy are expected to work on Villa’s faltering wings. The regular wide players aren’t as threatening as last season. Jonathan Kodjia has recorded four goals and an assist, yet his delivery still requires work.

Bruce seemingly fell out with Albert Adomah, telling the winger he was free to leave. Sadly for the Ghanaian, he couldn’t secure a move elsewhere before the summer transfer window shut. His confidence has continued to nosedive since. Reinvigorating the 30-year-old, who scored 14 goals last campaign, would make Smith's life a little easier. It starts by offering more game time.

Something also needs doing about Yannick Bolasie’s form. How does one go from a Premier League stalwart to a bit-part Championship player so quickly?

Playing style is paramount to whatever Smith provides Aston Villa. He’s known for his forward-foot approach; his new charges are therefore expected to attack more. They’re already the Championship's joint fourth top scorers. Even a small improvement would catapult them to a loftier position.

More importantly, fix the leaky defence. That's where Terry's experience as a successful centre-back comes in. The Villains are currently conceding 1.5 goals per game in all competitions. That must change.

With Dean Smith calling the shots and John Terry whispering his opinion, the shaky Villa vessel should be steadied in no time.