Ajax were football's surprise package in 2019/20. Making the Round of 16 seemed fair for the Dutch giants who were thought to be more focussed on reclaiming the Eredivisie title from PSV Eindhoven. Observers were willing to grant they were hard done by in the first-leg loss to Real Madrid at the Cruijff ArenA. No one expected them to dismantle the third-time defending champions at the Santiago Bernabeu or go on to better Juventus over two quarterfinal legs with Cristiano Ronaldo scoring in both. Most of the credit went to the young stars in the squad, especially the two destined to leave, Frenkie de Jong and Matthijs de Ligt. As manager, Erik ten Hag was considered lucky to have them.

Big clubs agreed with the pundits. Those needing a new boss looked elsewhere, waiting to see how the former Bayern 2 manager would get on without a pair of generational talents.

So far, so good. Ajax are neck and neck with PSV in the Eredivisie after nine rounds. Each is unbeaten with seven wins and two draws. Ajax holds the edge in goal difference. Both sides average more than three goals per game with 29. The Lancers have only conceded six to PSV's nine. In the Champions League, Ajax top a group that includes Chelsea, Valencia and Lille LOSC. They're perfect after two rounds, scoring six goals, shipping none. Along with De Jong and de Ligt, influential names like Lasse Schone, Kasper Dolberg, Max Wober and Lisandro Magallan departed. Ajax hasn't skipped a beat. Isn't it past time to say that Ten Hag deserves more attention?

Ten Hag's tactical nous is no longer concealed by the luxury of world-class prodigies. Ajax's tempo hasn't reduced despite De Jong's exit. The defence remains steadfast without De Ligt. The squad depreciated on paper but retained their quality [if they haven't improved it] on the pitch. How is that not down to a capable manager? 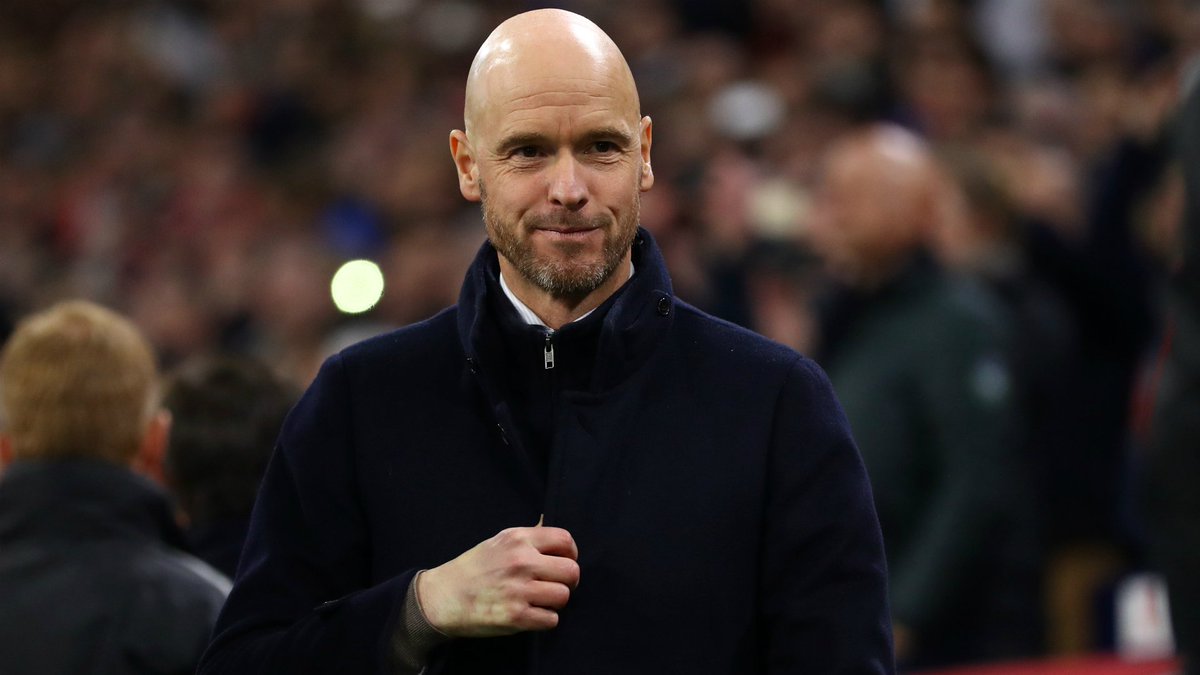 AFC Ajax 💎
TheEuropeanLad
Follow
He lost De Ligt, Frenkie & Schöne and is currently leading the Eredivisie with 27 goals scored, and conceding only 6. And leading the Champions League Group with 6 points out of 2 games, 6 goals scored, 0 goals conceded + great football.

Pep Guardiola and Jurgen Klopp are hailed as geniuses. Manchester City and Liverpool spend hundreds of millions to provide them with talent season after season. Ajax develop their own stars then sell them out from under the gaffer's nose just when they begin to look good. To be fair to Klopp, he succeeded in a similar situation at Borussia Dortmund. Bayern Munich seemed to snatch away the best player on his roster every year. Can you imagine Guardiola agreeing to work under those conditions, however? He knows when he has it good. Ten Hag deserves an opportunity to show what he can do with a veteran squad that will continue to improve under his guidance.

Ajax has his players in the shop window again. Wealthy clubs note the progress of Donny van de Beek, Quincy Promes, Edson Alvarez, David Neres, Lisandro Martinez and Sergino Dest. They should be noting Ten Hag's as well. If Ajax defend their Eredivisie title while making another deep run in the Champions League, top sides should be enquiring after the gaffer's availability.

How many times can Barcelona allow Ernesto Valverde to disappoint in the Champions League? The Catalans haven't had a Dutch manager since Frank Rijkaard left in 2008.

Real Madrid top La Liga after eight rounds but Barcelona and Atletico are hot on their heels and the Merengues sit bottom of their Champions League group. If Zinedine Zidane can't put distance between his squad and their domestic rivals while progressing to the knockout rounds and beyond in Europe, would anyone be shocked if the rebuilding Madridistas turn to a manager with a reputation for winning with young players? Club president Florentino Perez is known for his itchy trigger finger. Ask Santiago Solari and Julen Lopetegui. Neither were given the chance to see out the 2018/19 campaign.

Bayern are familiar with his work after he coached the youth squad. Is he on their speed dial in case Niko Kovac can't build on his excellent start to 2019/20?

What about faltering Dortmund? Has Lucien Favre done all he can with that young squad?

If Juventus falter under Maurizio Sarri, will the Old Lady look to a boss who knows how to draw the best from Matthijs de Ligt?

Then there's Tottenham and Manchester United in the Premier League. Neither is meeting their weighty expectations this term.

Names like Massimiliano Allegri and Jose Mourinho are attached to several of those sides. Ten Hag already proved he can outmanage the Italian in the 2018/19 Champions League quarterfinal. In addition, Allegri has never managed outside Serie A. Meanwhile, Mourinho's last two projects exploded like a land mine underfoot. Ten Hag has managed in Germany and the Netherlands. He's proven he can win titles and slay giants. Maybe it's time he managed one.