Where does Kurt Zouma's future lie?

The Premier League season reached its end last Sunday. Some players are now enjoying their holidays. Others prepare for this summer's World Cup in Russia. For Chelsea's Kurt Zouma, though, he's busy giving thought to his future.

Zouma arrived at Chelsea in January 2014. Joining from French club Saint-Etienne, the Lyon-born defender was a hot prospect, expected to soon become an important player in the Blues' first team.

In the last three-and-a-half seasons, however, Zouma has made only 47 Premier League appearances for Chelsea. He spent this campaign out on loan at Stoke City. The chance to feature regularly was one that the Frenchman couldn't turn down. Despite the Potters suffering relegation, his hard work and ability didn't go unnoticed.

Having to switch between playing as a centre and right-back due to Stoke's injuries, Zouma adapted his game effortlessly. It was a learning curve for the 23-year-old. In 24 appearances, he averaged 1.8 interceptions and 6.8 clearances.

Not only is Zouma strong, he is quick for a man weighing 15 stone, standing 6'2'' tall. Do Chelsea have room for such a player?

Antonio Conte's decision to let Zouma leave on loan was perhaps a well-thought-out plan to improve the defender's confidence as a first-team player. Other Chelsea youngsters, including Ruben Loftus-Cheek, Marco van Ginkel, Kenedy and Tammy Abraham were also leased out temporarily this season.

Not all will have a place at Stamford Bridge, though. Their futures lie in the hands of Chelsea's manager.

Conte's job is under threat after failing to secure Champions League football next season. The Italian can go some way to redeeming himself, however, with victory in Saturday's FA Cup final against Manchester United. 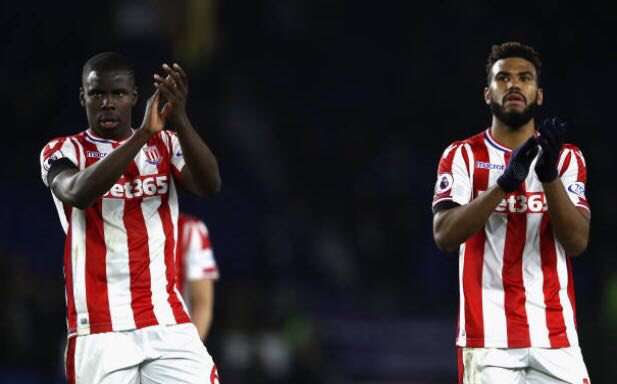 Having enjoyed his spell at Stoke, Zouma may seek another move, either short-term or permanent. A mid-table Premier League team would be perfect. Leicester City, Crystal Palace, Newcastle United and Bournemouth could all provide exciting opportunities. Although all four sides exceeded expectations this season, they will look to improve defensively in the coming months. The French centre-back would add a new dynamic to their backlines.

Chelsea fans, meanwhile, would love Zouma to stay. They realise he's capable of breaking into the first team if managed correctly. His versatility, as well as leadership ability and work rate, would add real value to the Blues.

Chelsea are strong in the wing-back positions with Victor Moses and Marcos Alonso, but there's room in central defence for a fresh face. David Luiz has started only nine league games this season after falling out of favour. While Gary Cahill, at 32, could make way for a younger model. Zouma is good enough to step into either man's boots.

If Conte, or his successor, can't offer Zouma regular minutes next season, then another move is in order. A player of his ability left sitting on the sidelines would be a huge waste.