A small team from Northern Portugal is tearing up the Portuguese Primera Liga. They go by the name Famalicao. Heard of them before this season? Most likely not. And you shouldn’t be faulted. Famalicao does not play in Europe’s big five leagues. In fact, they’ve been away from the top tier in Portugal for the past 25 years. They were actually sweating it out in the Portuguese fifth tier as recently as 2009. Then the big takeover happened.

In the summer of 2018, Idan Ofer, an Israeli businessman, decided to pump money into Portuguese football. He chose an ailing side in the Segunda Liga to start with. Famalicao turned out to be lucky ones. A year later, the Famalicenses celebrated a return to the first division.

But a return to the top tier doesn’t resemble the stratosphere for these overachievers. Famalicao is presently sitting pretty atop the Liga with Porto and Benfica wondering if they’re suddenly in a different league.

Famalicao’s race to the top of the Liga NOS isn’t just surprising, it’s absolutely shocking. For one man though, things aren’t really out of place. Joao Pedro Sousa is confident his team can cling to the league summit much longer than seven games.

Sousa was recruited to prepare Famalicao for the acid test of the first division. The decision didn’t get too many confidence votes from the Famalicao faithful. Sousa was relatively unknown as a head coach of any European side. Everyone knew him as Everton’s Marco Silva’s loyal assistant – he served the under-fire Toffees boss for seven years. Until Famalicao beckoned in May 2019.

Sousa’s first month in the Primeira Liga got tongues wagging. Famalicao won every game they played in August but one [which they drew]. The feat was enough to earn Sousa the Manager of the Month award. 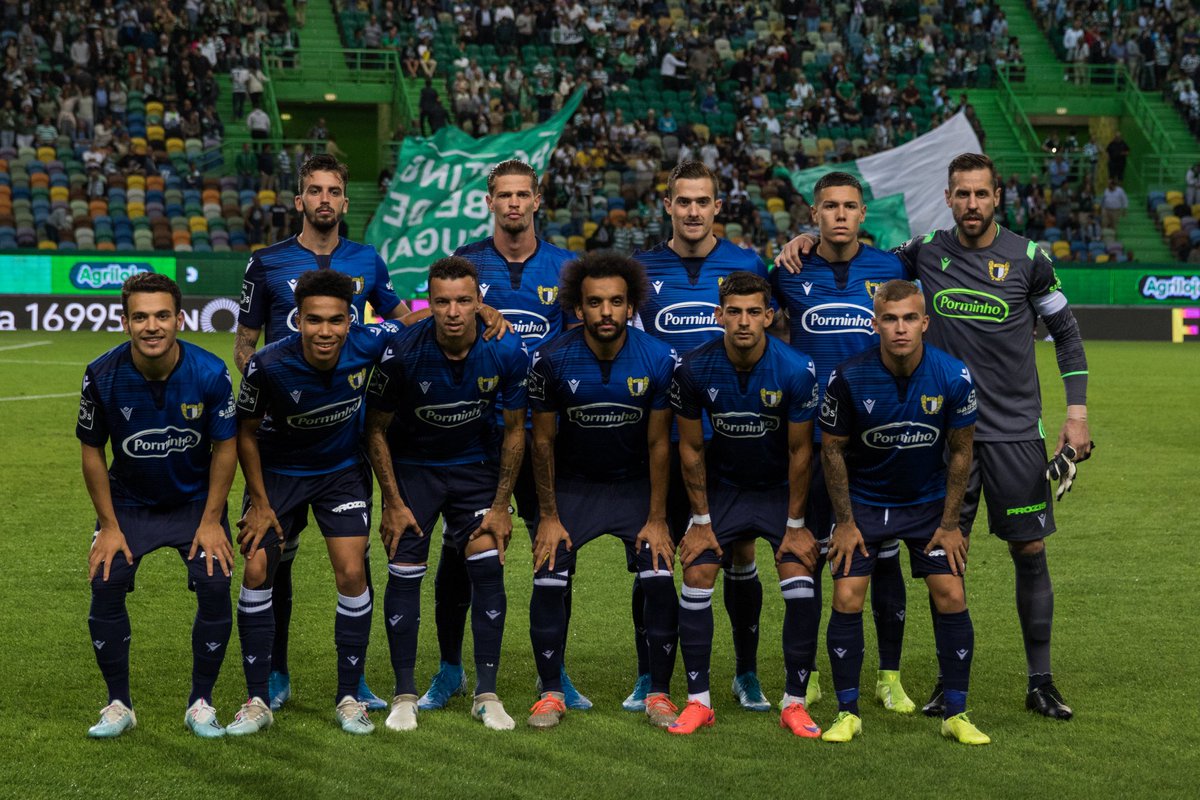 Tougher tests presented themselves for Famalicao in September, most notable of which was the trip to Lisbon to face Sporting. Sousa’s men didn’t drop a point. What that means is, Famalicao will head into the October international break blazing the trail in Portuguese elite division.

The question a lot of people are asking is, how Sousa is engineering such a revolution with a team whose stadium can’t hold 6000 people?

Silva likes to set his team up to attack. Perhaps the 48-year-old Famalicao boss picked up that trait from his mentor. The Famalicenses are a brave bunch who like to poke opponents in the eye from the first blast of the whistle.

Sousa sets up his team in an attacking 4-3-3 style that’s manufactured as many goals [16] as Porto and Benfica who sit one point adrift the minnows on the league table. The three man attack involving Fabio Martins, Ruben Lameira and Anderson Silva/Toni Martinez have combined for 10 goals already.

Defensively, Famalicao has a working system, with young defenders Patrick Willian and Nehuen Perez forming a terrifying partnership which has produced two shutouts so far.

Like a pack of wolves, Famalicao is known is hound opponents all through the game, and then go for the kill at the slightest smell of blood. They do it even when they’re one man down – like we saw against Desportivo Ave on matchday four.

Leicester City’s remarkable Premier League triumph in 2016 has thought bookmakers a bitter lesson. The Foxes was given odds of 5000/1 to win the League. No one’s making that mistake with Famalicao. The highest odds offered for them to lift the title is 41/1.

Anyway, it’s unlikely they match Leicester’s feat. Porto and Benfica have only failed to win the League twice since 1934. Don’t put your money on Famalicao being the third team to stop the domineering pair.

With so many twists and turns still to come in the campaign, Famalicao has done themselves a world of good by starting so brilliantly. The worse they can hope for in 2019/20 is to remain in the top tier. They’ll truly overachieve if they manage to qualify for Europe.