Who can save Newcastle United from relegation?

Another weekend and another draw from Steve Bruce's Newcastle United. A stoppage-time goal from Jamaal Lascelles against Villa stopped them from slipping further into trouble on Friday. With injuries to key attacking players, who can save their Premier League status?

With arguably their best three players in Callum Wilson, Allan Saint-Maximin, and Miguel Almiron all out injured, which of the remaining squad can step up?

All three have been given an earliest return date of April-at-best, which would be after the international break. The club faces a tough run over the next two months, before travelling to Craven Cottage on the final day of the season - meaning they can’t wait until the trio returns to start picking up points again.

Newcastle still has another three recognised strikers that Steve Bruce can call on, but all have struggled to hit the back of the net. Joelinton has been a huge flop since he joined at the start of last season only scoring three league goals. The Brazilian has started the last two games but continues to look nothing like the player that Newcastle thought they were signing.

Dwight Gayle was a key part of the Newcastle side that won promotion from the Championship in 2017 when he scored 23 times. Since then, though, the Englishman has struggled massively, netting just five Premier League goals over the last couple of seasons.

Finally, there is Andy Carroll. A Geordie hero in his first spell at the club but having had an injury-ravaged career, the 32-year-old has failed to offer anything in his brief appearances on his return to Tyneside.

Therefore, it's unlikely Bruce's forwards will be the ones to save Newcastle from the dreaded drop. 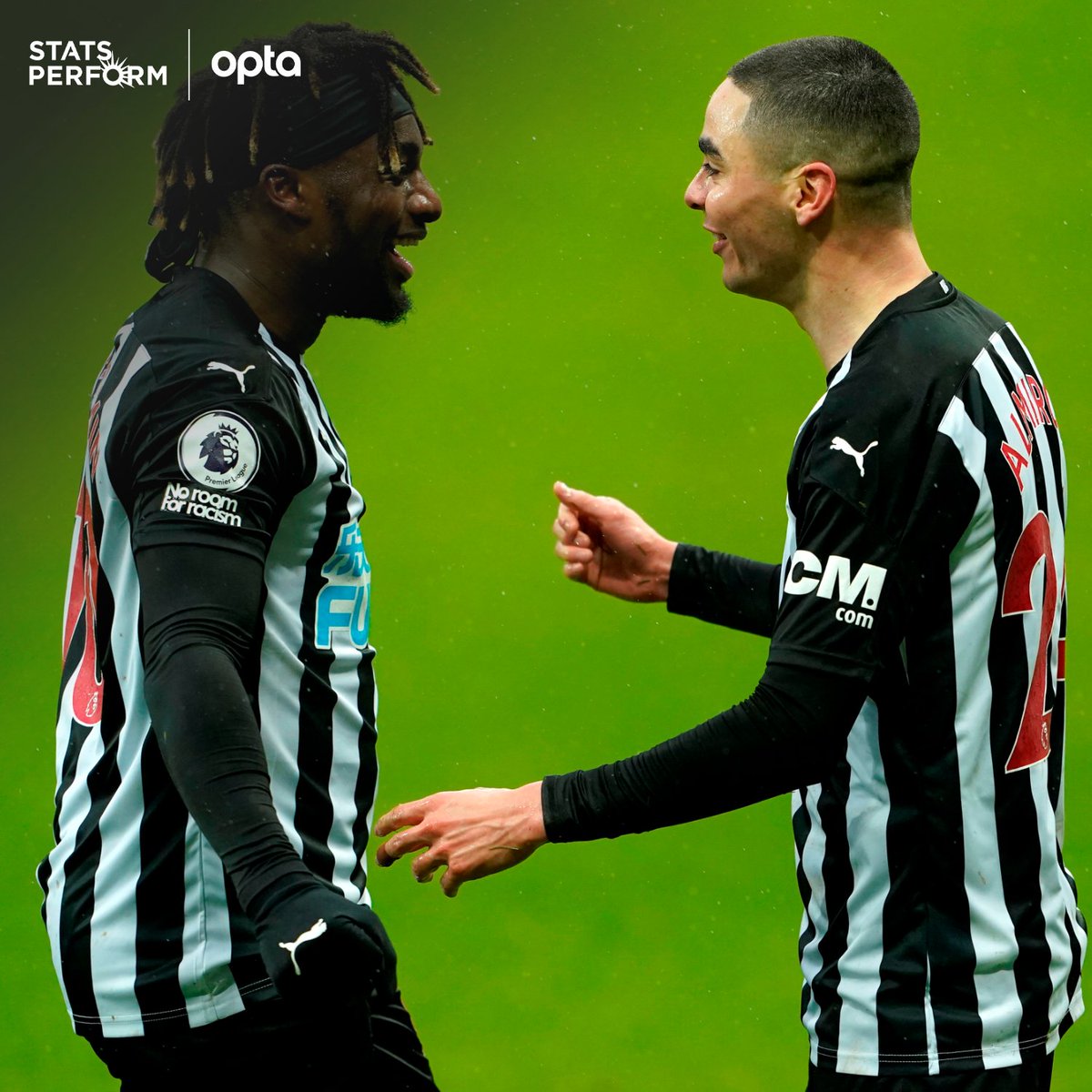 OptaJoe
OptaJoe
Follow
3 - Since the start of last season, Newcastle United have lost all three of their Premier League matches without both Allan Saint-Maximin & Miguel Almirón, failing to score in all three matches. Injured. https://t.co/5WraBZbphi
Follow
10:21 AM - 2nd Mar 21
35
398

Of the midfield that have played this season, some have offered glimpses of their quality throughout the campaign, but none have done it on a regular basis. Now, it's time they step up.

In previous years, Matt Ritchie has been someone Newcastle have been able to rely on, though his public falling out with his manager signals his time at the end of the club.

Ryan Fraser had a tough start to life at Newcastle through injury but has received more game time in recent weeks. If the Scot can bring his quality to the team, quality that Bourenmotuh fans will know all about, the winger could be the man to kickstart Newcastle's season.

Likewise, Arsenal loanee Joe Willock has that extra quality needed to unlock defences. He was the Magpies' best player at West Brom on March 7th and while his long-term future may not be at St James' Park, he could have a lasting impact by keeping them up.

The final midfielder who could save Newcastle is Jonjo Shelvey. He's a player who has had a mixed relationship with the supporters and a topsy-turvy time on the field. However, despite his differing displays, he is trusted by Bruce and needs to step up in the final ten games by controlling the tempo from midfield and perhaps coming up with a big goal or two.

Despite facing several of Premier League's elite in their run-in, Newcastle also has games to play against Brighton, Fulham, Burnley, and Sheffield United, so it remains very much in their hands.

However, other players need to step up to the plate now. As by the time Wilson, Saint-Maximin and Almiron return fully fit it could be too late...