His Manchester United side may be off the pace this season, but Jose Mourinho is still a formidable manager. Throughout his illustrious career, he has won trophies galore with Porto, Chelsea, Inter Milan, Real Madrid and most recently United. The Portuguese coach has also worked alongside some of the world's best players.

Who makes his all-time greatest eleven? We have compiled ours, featuring players who made the biggest impact while under Mourinho's management.

Mourinho signed the Czech Republic international in 2004 after taking over at Stamford Bridge. Despite career-threatening injuries, Cech went on to win three Premier League titles during the Portuguese manager's two spells in charge at Chelsea.

Arguably the world's best right-back while at his peak for Inter Milan. In Mourinho’s two seasons in charge at the San Siro, Maicon proved influential. Known for his attacking style of play and thunderous shot, the Brazilian was feared by every opposing team. He helped the Italian giants win two league titles, along with the Champions League.

The defender played for the Special One at three different clubs. Together they won the Champions League at Porto before going on to conquer England and Spain, with Chelsea and Real Madrid respectively. Although Carvalho enjoyed bombing forward, Mourinho always had faith in his compatriot.

This is a no-brainer. Terry captained a Mourinho title-winning side on three occasions, playing every minute of the 2014/15 season while in his mid-thirties. His only regret is that he didn’t lift a Champions League trophy under his esteemed coach's leadership.

The second Brazilian full-back selected in this team has a lot in common with Maicon. Marcelo's immense attacking qualities outweigh his defensive attributes. He once struggled to settle into a set position at Madrid. Under Mourinho's guidance, however, Marcelo became one of the most renowned left backs in world football.

Having been part of Porto's most successful ever team, which won the treble, Deco's reputation soared under Mourinho. The midfielder also scored in the 2004 Champions League final against Monaco. He then went on to play for Barcelona and Chelsea.

Lampard fired the Blues to their first Premier League title in 50 years during Mourinho’s debut season. He scored over 60 goals in the Portuguese manager's first Chelsea spell. Lampard's trademark late runs into the penalty box set him up to become the club's all-time leading scorer.

Possibly the best attacking midfielder in the world in 2010. Sneijder was sensational as Inter won the treble and the Netherlands reached the World Cup final. The period under Mourinho will always be remembered as the best of his career. Like Lampard, the Dutchman contributed goals and assists aplenty to fire his side to silverware.

How could he not be included? Ronaldo was the outstanding player as Real overcame Barcelona to win the 2011/12 La Liga title. At a time when Barca were lauded as the greatest club side in history.

Ronaldo found the net a stunning 168 times under Mourinho, including 60 in one season! 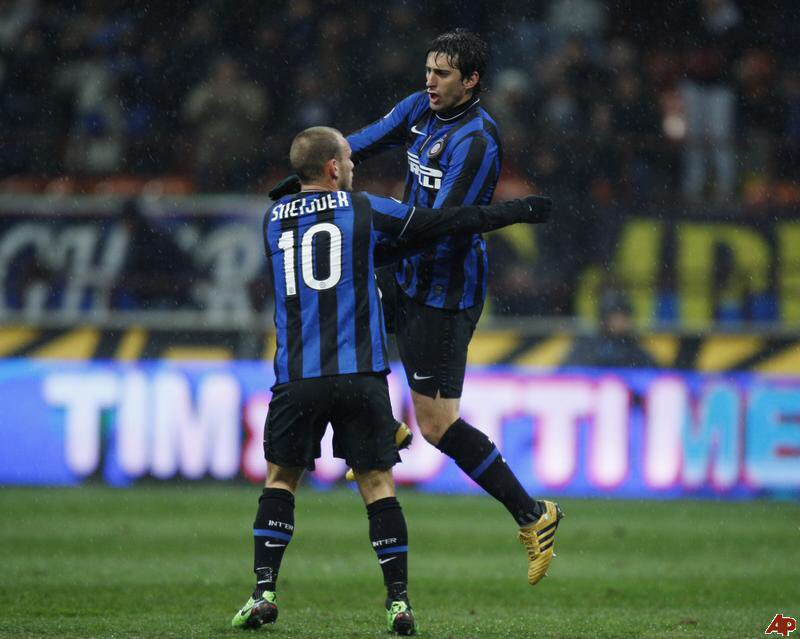 The Argentine scored the goals to win Inter the Champions League in 2010, notching twice in the final against Bayern Munich at the Bernabeu. Since Mourinho left Milan, the striker has rather lost his way. For a short spell, though, Milito was among the most feared strikers in Europe.

Drogba was brought to England by Mourinho in 2004. He was a problematic and inconsistent striker at that time, but the Chelsea manager transformed him into a focused and prolific marksman.

Drogba later returned to Stamford Bridge in 2014 to win the league for a third time under Mourinho.