Why Alexis Sanchez will improve at Manchester United next season

The Red Devils had pulled off the miracle. Acquiring marquee players, in January no-less, isn't easy. During the announcement, we discovered Sachez's hidden musical talent as an excellent pianist. Some may argue that's been his best performance to date.

In eighteen starts wearing United Red, the Old Trafford faithful have been treated to smatterings of his class. Those elite level displays have been few and far between, though. What's somewhat reassuring is his best performance came when the lights were at their brightest. Sanchez carved open Manchester City at The Etihad when all hope looked lost at 2-0 down. Jose Mourinho's men would go on to win that game 3-2. Two fantastic assists came from the new #7.

When you make emphatic statements like acquiring a player with Sanchez's capabilities, consistency is the least you'd expect. You may put it down to a complete change in style from Wengerball to Mourinho's bus parking. For what it's worth, we all know just how difficult it is switching clubs mid-season. Even the great Patrice Evra and Nemanja Vidic struggled at first following their winter moves.

Sanchez should be no different. In fact, he's already been given the platform to prove his bouncebackability. The stars are aligning, and in 2018/19, the 29-year-old Chilean will contribute significantly to an ever-improving Manchester United team. Let me explain why. 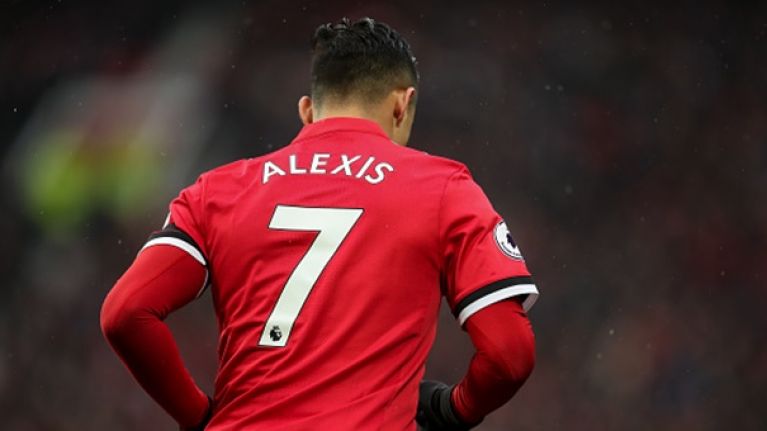 OldTraffordFaithful
OTFaithful
Follow
Although an important summer for incomings, it's a huge off-season for Alexis Sanchez. Thankfully (for us anyway), he's not heading to the World Cup, meaning he can solely focus on #mufc. Fully expecting a huge season from him in 2018/19. He's just too good to fail. https://t.co/rqWMHFlecu
Follow
11:10 AM - 7th Jun 18
6
82

We're in a World Cup year, the excitement is building. Not for Sanchez, though. His Chile side won't be gracing Russia after they shockingly failed to qualify. Their loss is Manchester United's gain. The left-winger will be given the full summer to rest and recuperate. Come pre-season, he'll be chomping at the bit.

Speaking of friendly matches designed for fitness, United's American adventure will be crucial for Sanchez. This gives him the opportunity to fully get to know his 'new' teammates without the pressures that regular, competitive football brings. Having that off-field relationship becomes massively beneficial when you cross the white line.

Not only is it important to be integrated within the squad, pre-season is also important for adapting; particularly when moving to a new environment. Wenger allowed Sanchez to play with the shackles off. Mourinho's completely different. The former FC Barcelona man would have known about that before moving up North, though. I don't care how good you are, it's always going take time to change your style. For the duration of the tour, Sanchez has the opportunity to become fully adjusted to the self-proclaimed Special One's ideologies.

Sometimes, an individual player is just too good to stay down. Mourinho will undoubtedly find a place for Sanchez within his team. Rightly so. His work-rate, commitment to the cause and overall talent eclipses anything else that United can offer down the left. His inconsistency issues will be ironed out, and we'll see something much closer to the Robin van Persie-esque type of signing that Red Devils fans were expecting.