The transfer clock is ticking on Manchester City. The Citizens must shop for a central midfielder or endure an entire campaign banking on the frail, fading Fernandinho. Napoli Brazilian midfielder Allan has all his countryman's traits while retaining his youth and vitality. Pep Guardiola should act fast.

A dull murmur of uncertainty accompanied Fernandinho from Ukraine in 2013. Although a key member of Shakhtar Donetsk’s evolving squad for eight seasons, he was untested in mainstream Europe. Why had the Citizens shelled out over £30 million for the 28-year-old when they had yet to appoint a new manager?

His contribution has been priceless. The Selecao provides balance to a supremely talented squad. He shields the defence, romps through the opposition’s high press and maintains control with tenacity. Although he can break up play, his ability to receive the ball squarely, pivot and pick out the right pass elevates him above his peers.

On the other hand, City's overreliance on the Brazilian approaches mythical status. Without him, they lost three matches in December. Ilkay Gundogan and John Stone’s experiments backfired. Normalcy now restored, Guardiola must dread a recurrence, especially with Liverpool in full throttle.

The Catalan manager foresaw the dilemma last summer. He went all out for Jorginho but shouldn't have placed all his eggs in one basket. No one was surprised the Italian international followed Napoli boss Maurizio Sarri to Chelsea.

The good news is pep can return to Naples for another deep-lying midfielder. Allan attracts interest from several top European clubs, including Paris Saint-Germain and Bayern Munich. The Brazilian is rated at around £50 million but signed a five-year extension last year. Napoli can play the same brand of hardball with the player that they did with Sarri. The defending Premier League champions may need to nearly double that figure to land him. 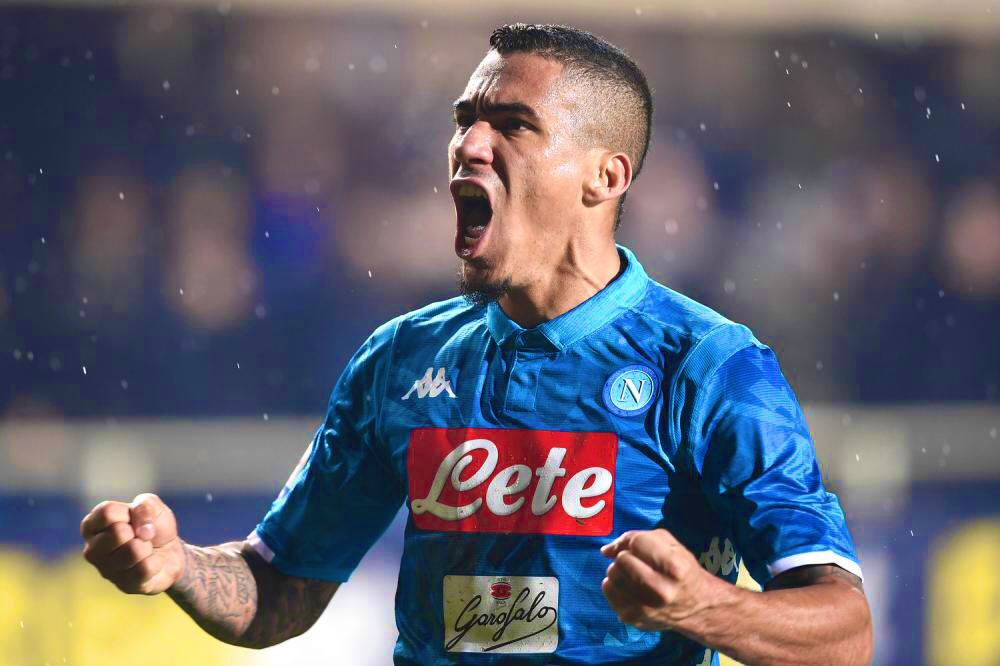 Everything Napoli
NapoliAndNaples
Follow
📊 Allan tops the list for most successful tackles in Serie A so far:

Allan’s true value is only being appreciated this season. Previously, the spotlight beamed on his more technically gifted teammates, Jorginho and Marek Hamsik. He had to be content carrying their water. Not anymore. With the ability to drive at opponents, Allan adds skill to an incredible work ethic, doggedness and resilience.

Much like Fernandinho, he isn't an orthodox holding midfielder. Guardiola despises those. He is a box-to-box player who thrives alongside a pair of attacking-minded midfielders. City are blessed in that department. David and Bernardo Silva, Kevin de Bryune and Gundogan make good escorts.

Guardiola's focus is Allan's ability on the ball. The Brazilian improved tremendously in that area this term. After averaging 55.8 successful passes per 90 in 2017/18, he is making almost 30 more now. His work goes beyond ordinary passes. He makes subtle cuts, always finding one of his attacking teammates in pockets of space. From a deep-lying position, he creates more than one scoring chance per game.

Pep can't allow PSG or Bayern to do a 'Jorginho' on him this time.