Why Amazon Prime Sport is already winning over football fans

For the last three decades, Sky Sports have had a stranglehold on Premier League football like no other. Sure, Setanta Sports (remember them?), ESPN and more recently, BT Sport have been in amongst it, though to a much lesser extent. The common theme? It's mightily expensive for your average fan to watch live, top-division football upon British shores.

Enter Amazon Prime Sport. Over the summer, the American multinational technology company surprised many by buying the second-last package that became available, meaning Amazon won the rights to show twenty live Premier League matches. At the time, this was met with doubt amongst fans. Would everybody's favourite e-commerce company really be able to compete with the big boys in an industry that Amazon would be relatively new to? After all, aside from some live tennis, the company founded by Jeff Bezos is mostly synonymous with showing films and television series, alongside their popular next-day delivery service of course...

Well, this midweek we had our answer. Amazon's first ten games would be broadcast over three days and they were certainly given some matches that were always going to generate interest, too... Manchester United played host to Tottenham Hotspur in a fixture that would be Jose Mourinho's first return to Old Trafford since being sacked, while Merseyside derbies are always fiery, fierce affairs. The problem? Both were shown on the same day meaning viewers would have to pick one or the other, or so we thought, Amazon have opened up a whole new world...

Let's start with the basics. Amazon Prime Sport is a live-streaming service. Simply put, you can watch the games on any mobile device, tablet, smart TV or computer you own. Rather than being committed to one fixture, you can set up as many as you'd like and watch them simultaneously. Pretty cool, eh? 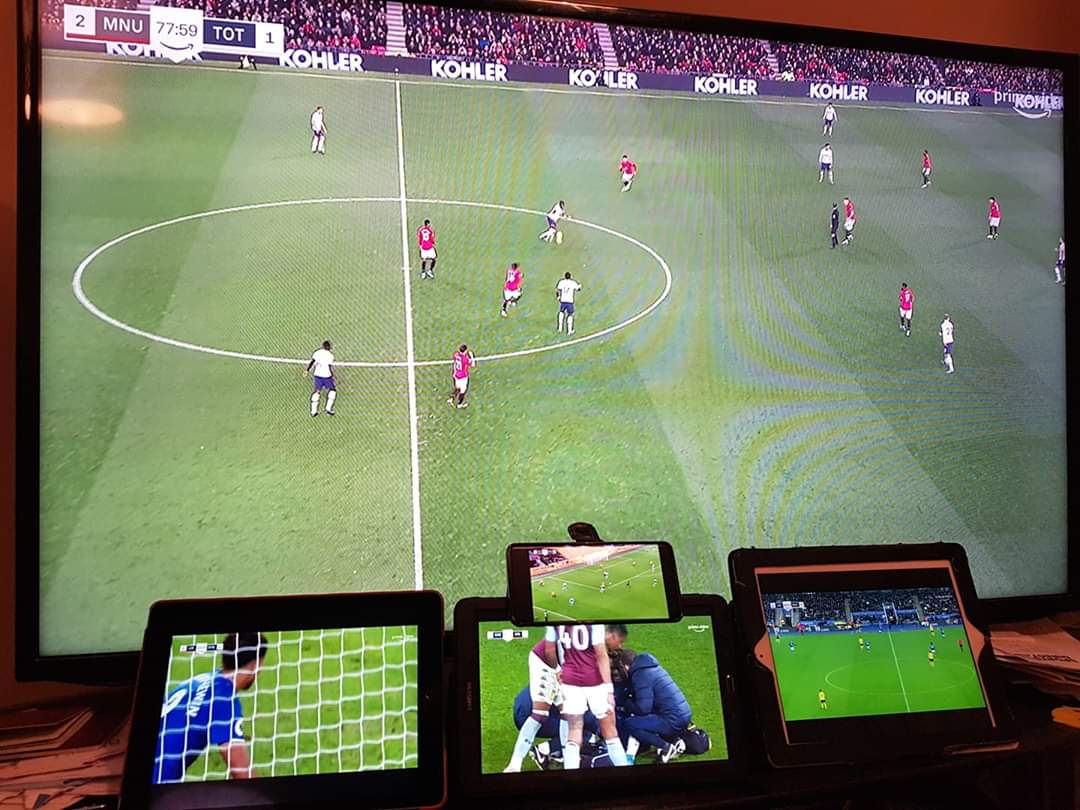 Personally, I'm always sceptical when it comes to streaming. After all, it relies on your internet and their quality. Having watched one game on a 50-inch TV and another on the tablet, I can confirm that the quality of both was absolutely flawless. No buffering, no lag, no problem. Sure, you're always going to get some sort of stream delay when watching football via the internet, that's just natural and if you've ever watched Sky GO or BT Sport's equivalent, you'll find the same thing happens there.

Then you look at the service itself. There were several familiar faces (and voices) on a jam-packed commentary/punditry team, the full list of which can be found here. There was an easy way to flick through previous highlights which is also handy if you've missed a goal while grabbing another beer out of the fridge, plus, the real game-changer was the ability to mute the commentators in favour of 'Stadium FX'. If you want to feel further immersed in the match, or simply can't stand the presenters and/or broadcasters covering your game, the option to mute them is a super-nice touch.

Last, but not least we have price. Amazon Prime costs £79 yearly or £7.99 if you want to pay monthly; an absolute bargain in comparison to Sky and BT. Furthermore, you can also grab yourself a 30-day free trial, which if you've timed it right, would allow you to watch both the fixtures just gone and the Boxing Day games on it (then you can cancel and not pay a single penny!).

Simply put, Amazon have done a stellar job and given off a superb first impression. The question is, can they compete with the big players in the game on a grander scale? I'm praying that in future they can, as it'd make football in this country so much more accessible to the many fans up and down the country.

Aaron Conniff-Broome
CoachAzza
Follow
#AmazonPrimeSport might get its critics for delay in streaming, but has anyone else spotted: