Pierre-Emerick Aubameyang has a fetish for superhero masks, including the Batman. He likes to don them after scoring important goals. Upon arriving at Arsenal, he found a capable sidekick in Alexandre Lacazette. This summer, the club signed another super scorer in Nicolas Pepe. It's not quite the Justice League but Premier League opponents need to fear what can be unleashed when Unai Emery finally sends this trio onto the pitch at the same time.

The red part of North London lacked a quality winger for the past few years. As costly as it was, the Gunners prioritised holding onto Auba and Lacazette. The striking partnership carried the whole burden of lifting the whole team. They could have done even more if given the needed assistance. Pepe is here now to make the job easier.

The £72 million Ivorian is a big acquisition who promises to significantly improve the squad. His first full debut says a lot. Although he failed to make the scoresheet away to the European Champions, Pepe became the first opponent to beat Virgil van Dijk with a dribble in 50 attempts. He kept Liverpool on their toes throughout the match.

The Reds 3-1 victory at Anfield drew calls from Gooners who want their manager to start Auba, Lacazette and Pepe as a trio in the manner Jurgen Klopp does with Mo Salah, Sadio Mane and Roberto Firmino. Some fancy the result may have been different had he done so in this encounter.

The manager isn't prepared to do that as yet. Rarely did he start Auba and Lacazette as a partnership last season. In addition, the circumspect Spaniard wants to know rather than hope the former Lille LOSC standout is ready for the Premier League before bestowing his full trust. Even when he is, there is the chemistry question. Can the trio be effective as a unit to the same degree as their Merseyside counterparts?

Last week's visit to Anfield was a chance to answer those questions and clear all doubts but Emery benched Lacazette, fielding a 4-3-1-2 formation with Pepe and Aubameyang paired. Intending to exploit the duo's pace, the tactic didn't go as planned. An element was missing for which Arsenal and Emery paid dearly.

Although his team lost, Pepe enjoyed the game. His confidence to take on the Premier League Player of the Year showed as much. He will settle into the team from the right flank. No one can wrestle with him. Aubameyang and Lacazette can function as the No.9 and left-winger according to Emery's choice. 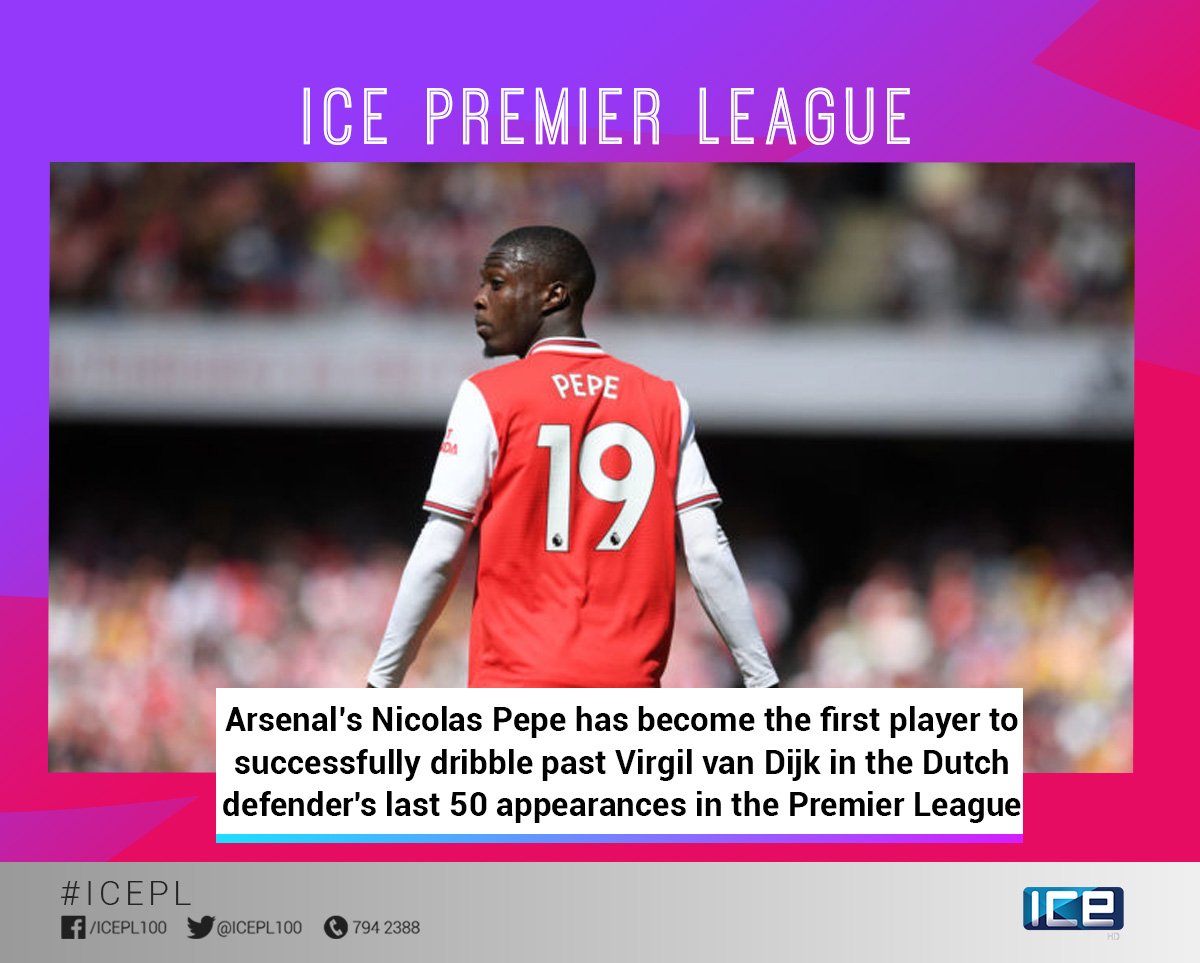 ..and also, he scored 22 goals and provided 11 assists in French Ligue 1 last season.

Fielding three strikers together offers Arsenal a new dimension. Lacazette is strong, rarely bullied by defenders. He throws himself into tackles and pressures defences into mistakes when they attempt to play out from the back. Despite his height, the Frenchman is also effective in the air. Pepe and Auba's trickery allows them to create space to whip crosses into the box. The former Lyon talisman also likes the dirty goals that the slimmer Aubameyang eschews, possibly fearing injury. We all know what happens to thoroughbreds who break a leg.

That said, the Gabonese knows how to split defenders when playing the central role. His pace and perfectly timed runs break defences and open the floodgates for goals to pour in.

On the other side, Pepe breaks defenders' ankles, as VVD can attest. He's unpredictable. Will he cut onto his stronger left foot or take advantage of his pace to run to the touch line. Left-backs will need help from centre-halves, creating space for Lacazette and Aubameyang. In addition, Pep can cut back for attacking mids like Henrikh Mkhitaryan, Mesut Ozil or Granit Xhaka to join the party.

If the trip to Liverpool was a wasted opportunity, the future remains bright. The Gunners face Tottenham in the North London derby today. Spurs are trying to sort out their own attack. Harry Kane, Son Heung-min and Lucas Moura experienced no joy against Newcastle last week. Not as likely to make things happen themselves, they rely more on the creative abilities of Christian Eriksen who manager Mauricio Pochettino appears to prefer off the bench after a summer filled with rumours the Dane wished to leave.

The Argentine boss shares Unai Emery's reluctance. This is the Premier League, however, where fortune favours the bold. It's time for the Spaniard to throw caution to the winds and let his heroes rise to the occasion.