Diego Simeone has done a fantastic job at Atletico Madrid, that's clear for all to see. The Argentine gaffer has turned Los Colchoneros into a club who are amongst the best in Europe over recent times. Reaching the Champions League final - twice, winning the Europa League, while beating Real Madrid and Barcelona to La Liga title have all been achieved in the last five years.

The team has grown endlessly under Simeone, so-much-so the club has now become a big player in the transfer market alongside their two great Spain rivals.

Yes, trading the Wanda Metropolitano for Camp Nou is still an irresistible proposition for any player. Antoine Griezmann proved that beyond reasonable doubt over the summer. But the gulf in class between the two sides has been narrowed considerably over the last several years; largely thanks to Simeone's dogged and relentless pursuit of excellence.

However, there has been a method to his success that has taken the team this far but maybe no further. Atleti has come to be known as an ultra-defensive team that will take a 1-0 win rather than risking three points on account of seeking more goals. That has become the way of thinking at the Wanda Metropolitano. It's a strategy that has produced relative success for Simeone and his side but has now become an obstacle.

Under the former midfield maestro, different players have come and gone but the system has remained. In fact, it has been refined and fully entrenched over time to the extent it's now becoming the Atleti way. Nowadays, a team visiting the Wanda Metropolitano knows what to expect, they tend to adjust accordingly. A game against Los Rojiblancos is usually cagey with chances few and far between. And that's on both ends of the pitch...

Unfortunately, the emphasis placed on the defensive side of the game often stifles the team's productivity upfront. With just eight goals scored in the first nine league games this term, occupying fifth place in the table, Atletico lags well behind the top four teams. Barcelona leads the way with 23 strikes so far while all of Real Madrid, Granada and Real Sociedad have scored 16 apiece. 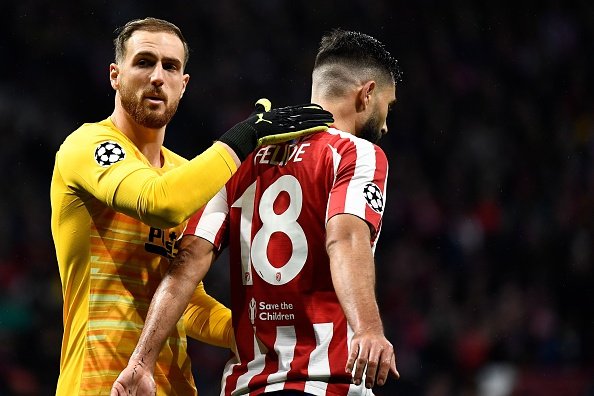 OptaJose
OptaJose
Follow
0 - Atletico de Madrid have failed to score in the first half in eight of their 12 games this season in all competitions, but they've kept a clean sheet in the first 45 minutes in 11 of those matches. Calm. https://t.co/cZ1dHJCFuW
Follow
18:48 PM - 22nd Oct 19
13
49

A failure to find the back of the net in four of the nine league games played has led directly to the team's position on the table. Under the current circumstances, Simeone can forget about winning another La Liga title any time soon; Unless emphasis is placed on unleashing the team's attack.

There's a good reason why Barcelona has won eight out of the last 11 La Liga titles. The Blaugrana remains the best attacking team in the division, while Atleti lost out in the Champions League last season as a result of being outdone up top. Football has moved on from the days of placing too much emphasis on the defence. Scoring goals, lots of them, is what makes the game as a whole interesting, and much more rewarding, too.

It's the main reason Manchester City has dominated English football in the past two seasons. It's the reason Liverpool won the Champions League last term. Goals breed success.

Trying to see out a 1-0 win has already cost Atletico a victory on the big stage. Back in the 2014 Champions League final, Real Madrid equalised in the third minute of added time to wipe out a 1-0 lead from the first half. Los Blancos went on to score three more in extra time to deny Atletico. Although the side did secure La Liga title in the same season, repeating the feat is becoming more and more unlikely...

Boasting some of the best players in the world, especially in attack, a shift in focus to place more emphasis on attacking play could be all that's required to become a strong candidate for the title. At a time when both Barcelona and Real Madrid have struggled for form early on this season, Los Colchoneros have failed to take full advantage.

Setting the team up to attack freely will throw off the shackles and bring out the best from the team's forwards like Alvaro Morata, Diego Costa and Joao Felix. Scoring more goals will definitely improve the team's fortunes and then, perhaps another La Liga title will suddenly be within reach...