Why Chelsea should go all out for Edinson Cavani

Frank Lampard has stopped short of conceding Chelsea's interest in Edinson Cavani. The Uruguayan made known his desire to leave Paris Saint-German recently and has become the subject of transfer speculation. Atletico Madrid has been credited with interest as Diego Simeone seeks additional firepower to keep up with giants Real Madrid and  Barcelona. So has Chelsea as Frank Lampard battles for a spot in the top four. Both managers and clubs share a similar problem. A lack of goals is threatening their ambitions. Although parading strikers, they have largely failed to live up to expectations.

For the Chelsea manager, the problem is a complex one. His team is struggling both in defence and attack. That is accentuated by the fact that in the space of a week, the blues lost 1-0 to Newcastle United and then settled for a 2-2 draw against Arsenal at Stamford Bridge. In the first instance, the attack is blunt. And when the team manages to score goals as seen in the second game, the defence can’t hold up and keep things tight at the back. So solving the problem will require a two-pronged approach. Both sides will need to be strengthened. A top center-back is a huge requirement. So is a striker.

But getting a proven forward in the form of Cavani will be a good start. The 32-year-old has a track record of delivering the goods as far as goal scoring is concerned. He has produced 81 top-flight goals in the last three seasons in Ligue 1 alone. None of Olivier Giroud, Michy Batshuayi or Alvaro Morata has come close. His 18 strikes in 21 outings last term proves he still has what it takes to lead the line in any top European side. 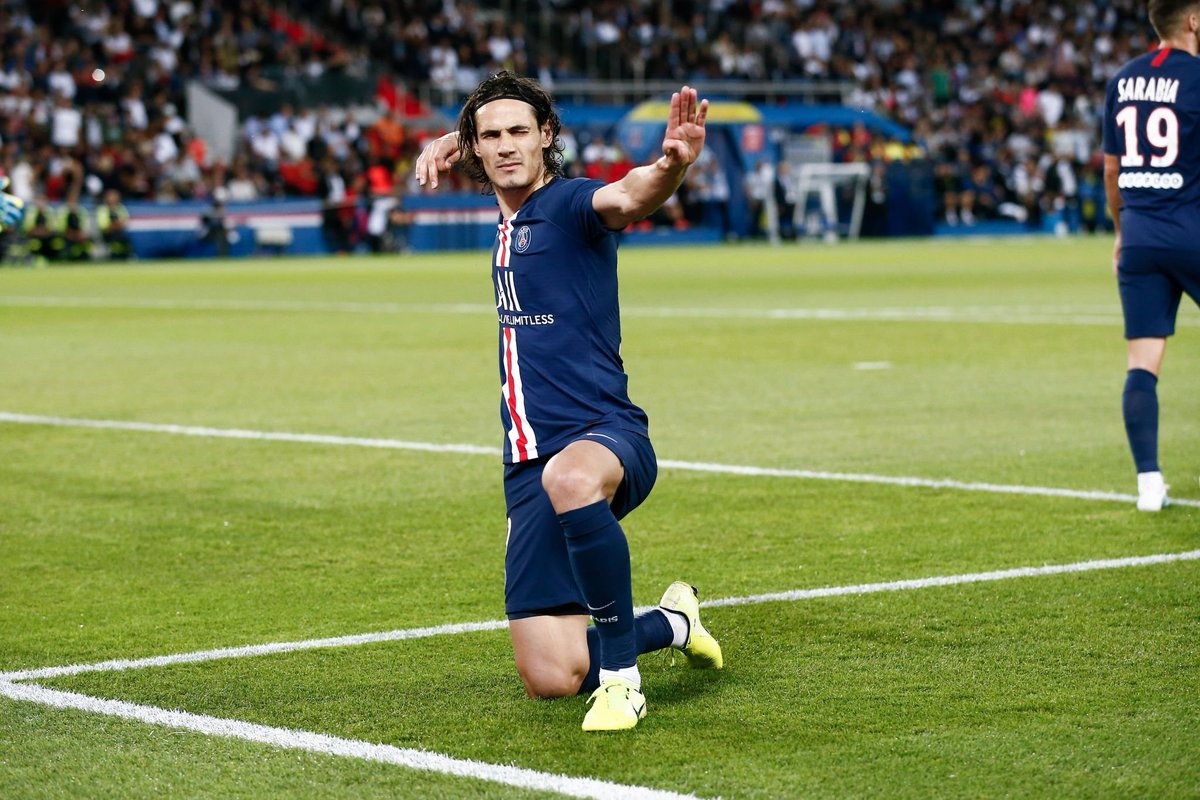 FutbolChelsea
FutbolCheIsea
Follow
Edinson Cavani is the perfect striker for Chelsea to go for in January, we won't find many better short-term options to buy this month. An experienced, but still class striker to compete w/ Tammy for the #9 position. Could potentially even become a great mentor for Tammy. https://t.co/UxbguTf98K
Follow
23:06 PM - 20th Jan 20
115
1889

Obviously, he is not going to be the long-term solution, but he can get the job done in the next two to three years. In Cavani, young Tammy Abraham will have a good example to learn from to accelerate his development. The former Napoli striker is imbued with valuable experience from years of success at the highest level. That has produced success in terms of silverware at Paris Saint Germain. He is, therefore, the right player to add to a young team in need of a winning mentality.

But Chelsea will need to act fast to secure his services. As already stated, Atletico Madrid remain interested. Diego Simeone is seeking solutions of his own and will go the extra mile to fix his ailing attack. In fact, with Marcus Rashford’s injury, even Manchester United could jump at the opportunity to sign the striker. He will certainly be needed, even when the young Englishman returns. And that’s for the main reason that he will improve Ole Gunnar Solskjaer’s attack and show the likes of Anthony Martial and Mason Greenwood how to do a good job upfront.

At a time when top strikers have become a scarce commodity, Chelsea must go all out for the Uruguayan to avoid losing him to a rival. Having learned from losing Erling Haaland to Borussia Dortmund recently, United could wrap up a deal quickly. So waiting any longer than necessary could be counter-productive. Except, of course, Lampard is willing to wait for RB Leipzig’s Timo Warner. The rate at which the German is going, he could be the next best thing.

But there’s Champions League qualification to fight for. Although the team has maintained fourth place for a long stretch, United and Wolves are closing in. Getting Cavani will provide good ammunition that can put the Blues ahead of the chasing pack.