Why Chelsea should sell Thibaut Courtois this summer

Not too long ago, teams seldom made a fuss about goalkeepers. Their job was deemed the easiest, they earned the lowest. Today, Chelsea must pay as-much-as £200,000 weekly to keep Thibaut Courtois at the club. The Blues have raised an eyebrow to the Belgian’s demand while contract talks have stalled. The 26-year-old has one year left on that contract. Real Madrid is lurking. This marriage might already be over.

Without mincing words, times have indeed changed in football. A tsunami of money has upheaved the beautiful game. Players aren’t just smiling to the bank, they’re dancing too... In that regard, goalkeepers haven't been left behind.

Shot-stoppers have endured lower wages and sign on fees for far too long. Sure, there’s the isolated case in Gianluigi Buffon. After nearly two decades, the Italian veteran remains the second most expensive shot-stopper in football history.

Astute goalkeepers are beginning to cost more though. Ederson Moraes and Jordan Pickford are prime examples. Priced at over £30million, both cost more than the widely-renowned Andriy Shevchenko did way back in 2006.

Consistent and reliable since 2012, Courtois ranks among the best and most sought-after goalies in Europe. Unearthed by the Blues in 2011. Polished and established by Atletico Madrid within three years. The Belgian to Chelsea in 2014 as a world-class goalkeeper who has been practically indispensable for club and country since.

By his standards, there’s nothing wrong with Courtois insisting on a £200k-per-week deal. Fifteen clean sheets for Chelsea last season, three behind Golden Glove winner De Gea. Courtois almost guarantees his side 15 or more points per season. That could be the difference between winning or losing the title.

Why Chelsea need a cheaper Courtois

It’s common knowledge that goalkeepers in Europe are now commanding fatter pay-checks. Courtois is currently on a £120k-per-week deal. That’s a lot of money for a goalie, no matter how you spin it. It’s almost twice the £65,000 Manchester City pay Ederson Moraes every week. Keylor Navas earns €85,000 weekly at Real Madrid while Marc-André ter Stegen earns €5000 more than his Madrid counterpart. 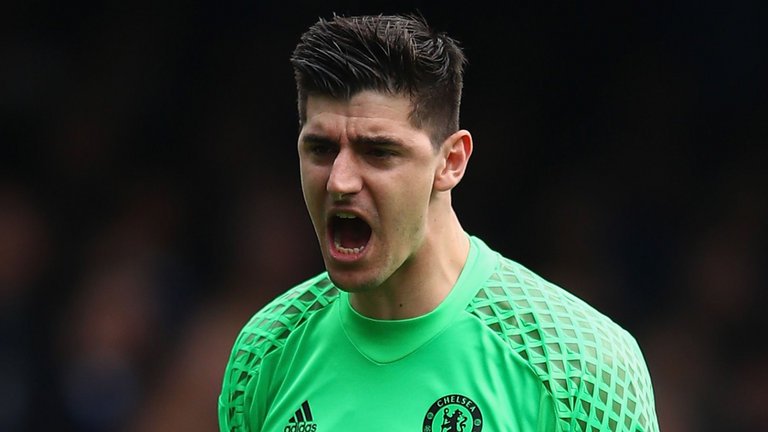 Ostensibly, Courtois is eyeing David de Gea’s £200,000-per-week haul at Manchester United and feeling he should be on the same level; not at Manuel Neuer's €150k-per-week at Bayern Munich. That would, however, put the 25-year-old at par with Eden Hazard, Chelsea’s best-paid player. Wondering the message it’ll send to the squad? More contract rebels would definitely sprout like grass in spring.

Win-win for both sides

After four titles in less than four active years with Chelsea. Including two Premier League and an FA Cup crown, Chelsea can let Thibaut Courtois go while making a huge profit on the £9million investment they made seven years ago.

Paris Saint-Germain or Real Madrid would be happy to pay Courtois whatever. Meanwhile, Chelsea would have the funds to recruit a reliable and talented keeper who they’ll pay less than what they’re currently dishing to their #13. Everybody wins.

Who substitutes the contract rebel?

Since Courtois’ contract renewal hit the bricks, two names have been heavily associated with the Londoners. AS Roma’s Alisson Becker and Stoke City’s Jack Butland.

Alisson, 25, was brilliant for Roma and caught the eye on his 50 appearances for the Giallorossi last season. Brazil’s first choice goalie kept 17 clean sheets in 37 Serie A matches for the Champions League semi-finalists. Alisson can certainly do Courtois' job pretty well.

Butland has shown class in a struggling team that eventually got relegated. His name sticks out on England’s 23-man squad to the World Cup as the only player from a relegated club to make the cut. Regardless, Butland’s inclusion is quite well-deserved; judging from the saves he made during the campaign.

Poor Stoke. Their 25-year-old keeper conceded a woeful 63 goals during the season, that should slice down their £30million price-tag; unless some magic happens and he becomes England’s number one in Russia.