Why did AC Milan splash out on 20-year-old Rafael Leao?

It isn’t unusual for European sides to throw cash around for young, raw talents. Doing so at the expense of the proven commodities sometimes raises questions. Milan not only lavished almost £32m on Rafael Leao, but Suso and Andre Silva could potentially depart, like Patrick Cutrone, to accommodate the 20-year-old.

Gennaro Gattuso's Milan side wasn't attractive to watch. Bereft of fluidity and creativity, the Rossoneri epitomised dour, negative football. Even Jose Mourinho would be incensed. Pragmatic and effective at times, counter-productive in too many instances. Milan lacked momentum, there was no pressure on the ball.

The Lombardy giants struggled to break the opposition down. Deprived of the sort of service he enjoyed in Turin, Gonzalo Higuain often cast a frustrated figure. The Argentinean endured a 10-game drought in the festive period before rushing off to Chelsea in January. The Milanese found the net only thrice in the same period.

Krzysztof Piatek's arrival sharpened the blade. A natural goalscorer, he was clinical with every touch, flaunting an uncommon knack for being at the right place at the right time. The 24-year-old buried all kind of opportunities: headers, tap-ins, follow-ups, long-range volleys, set pieces with either foot.

Piatek struck nine times for Gattuso’s team to add to 13 at Genoa. There were occasions, though, he struggled to reach his usual marauding best. He endured a six-game lean streak at the heat of the campaign between April and May. And on those off days, Milan seemingly didn't have a plan B.

Cutrone showed early promise in 2017/18, hitting double figures as a teenager. His emergence forced big-money arrival Andre Silva out on loan. The Italian’s finishing and positional sense evoked memories of Filippo Inzaghi. Perhaps the signing of Higuain, then Piatek jaded his progress. Six goals weren't sufficient for the ambitious Rossoneri.

Suso occasionally stepped up. He contributed four goals when the Poland international was on recess, 17 in total the entire campaign. Outrageously gifted, he was that one player who can take on defenders with confidence. Flaunting these traits consistently was another issue. His work rate let him down too... 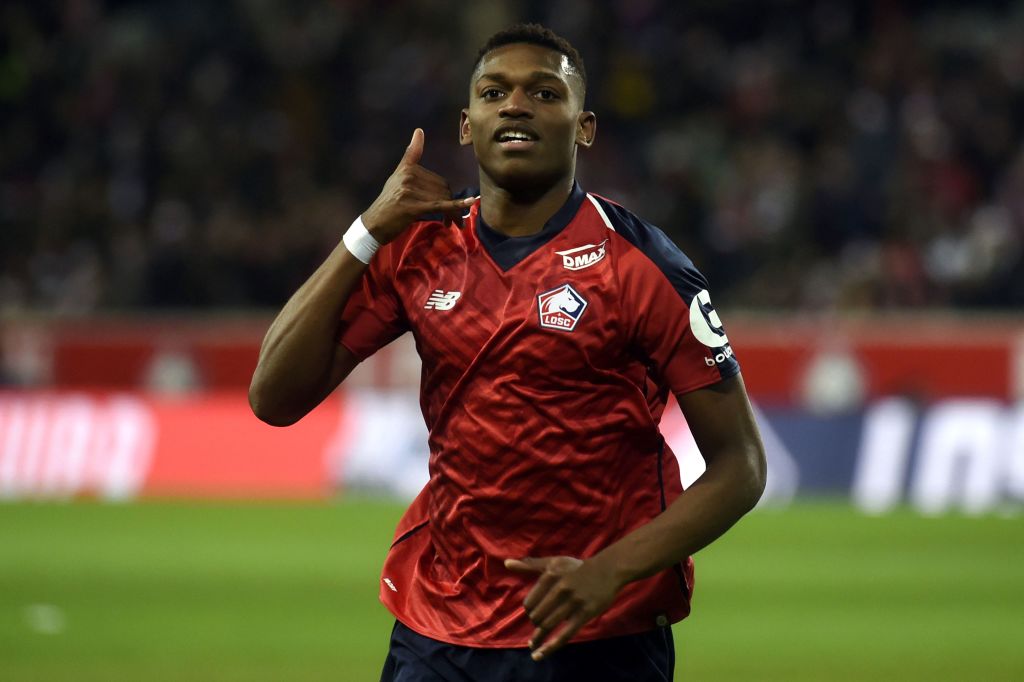 WhoScored.com
WhoScored
Follow
Rafael Leao: Only Kylian Mbappe (33) scored more goals than Leao (8) of players under the age of 21 in Ligue 1 last season

A drastic overhaul was anticipated at Milan after failure to qualify for the Champions League. Gattuso made way for Marco Giampaolo. Several established stars were expected to follow. The Rossoneri had to balance their books to avoid FFP breaches. Being the club's most valued stars, Suso and Cutrone's names was brought forward.

With the latter departed to Wolverhampton Wanderers, there's huge pressure on the Spaniard to follow suit. After all, he may not necessarily fit into his manager's 4-3-1-2 system. To do so, that would require him to play either as a trequartista or a second striker. Suso lacks the dynamics and versatility to play those roles, accustomed to, and limited to, the position as a right-winger. Enter Leao.

Leao is perceived as Piatek's ideal partner. He won't be desperate to steal the spotlight away from the Pole – at Lille, the 20-year-old was satisfied on the rare while Nicolas Pepe took all the plaudits. That he managed eight strikes suggests he would be ready to starve himself of personal glory for Piatek and good of the team.

He is much more flexible, fast and capable with the ball at his feet than Suso. Standing at 1.88m tall, Leao is also a notable presence in the air, as he won 1.2 aerial duels per game last season. His height is complemented by impressive pace and athleticism

Leao is able to mix technical ability with strength and pace, no wonder he is christened the 'Portuguese Mbappe'.  He has the ability to run in behind and latch onto things. Four of his eight goals came off the back of breaking at pace and being set free by his attacking midfield teammates.

Although a gamble, Milan could ultimately yield bountifully in the future.