Why does Manchester United's Marcus Rashford perform better for England?

The fact that the Three Lions are putting faith aplenty in youngsters seems to have given England fans fresh hope and belief. Sure, nobody is expecting them to win the tournament, but that youthful exuberance is certainly coming across superbly.

Arguably the best young talent in the 23-man squad is Manchester United's Marcus Rashford. The Mancunian endured an efficient season under Jose Mourinho, scoring thirteen goals and tacking on nine assists; despite the fact that half of his 52 appearances came as a substitute.

Efficient isn't a word I'd like to use, though. At times, it felt like the 20-year-old wasn't unlocking his full potential. Far too often, Rashford found himself helping out his left-back in United's third of the field. That's always going to happen when the self-proclaimed Special One is an onlooker from your teams' dugout.

For his country, things are different. Southgate allows his fledgeling superstars to play with the shackles completely off. Rashford is allowed to express himself freely, be that through skills and trickery, or letting the striker test his luck from 30-plus yards out. That was the case against Costa Rica, when Elland Road (who booed Rashford when his name was read out before kick-off), were left stunned thanks to a moment of individual brilliance. Beating Real Madrid's Keylor Navas from that distance is no easy feat.

It wasn't just the goal that was impressive. It was the overall display. Rashford was brimming with confidence from first minute till last. He looked like the potential world-beater that we all know he can be. At United, it feels like he's holding back. That's no coincidence.

Herein lies the difference. Southgate proactively imbues a fearlessness within his players, whereas Mourinho's reluctance to do the same is evident. Instead, the Portuguese coach saves his praise for the odd one or two, namely defensive-minded footballers like Nemanja Matic and Scott McTominay. That's not to say that the United boss doesn't trust Rashford. He obviously does. That said, the club as a whole would be far better served if the Wythenshawe-born-forward was allowed to express himself.

United's #19 may not start England's World Cup fixtures. Perhaps his heroics against Costa Rica game just a little too late. It was a performance that the whole country took note of, though. He'll now be Southgate's next-man-up should injury strike or when the Three Lions find themselves needing a goal late in games. The display definitely didn't hurt the striker's cause.

Rashford's not going anywhere this summer. He'll remain an Old Trafford cult hero whatever happens out in Russia. I cannot help but think their fans will be wondering what if. They've an immensely gifted footballer on their books whos being forced to play a reserved style. That's not his nature. Perhaps Mourinho could learn a thing or two from Southgate during the World Cup. Nobody is asking him to change his mantras and ideologies, instead, moulding his tactics slightly to get the absolute most from an extremely gifted young man. 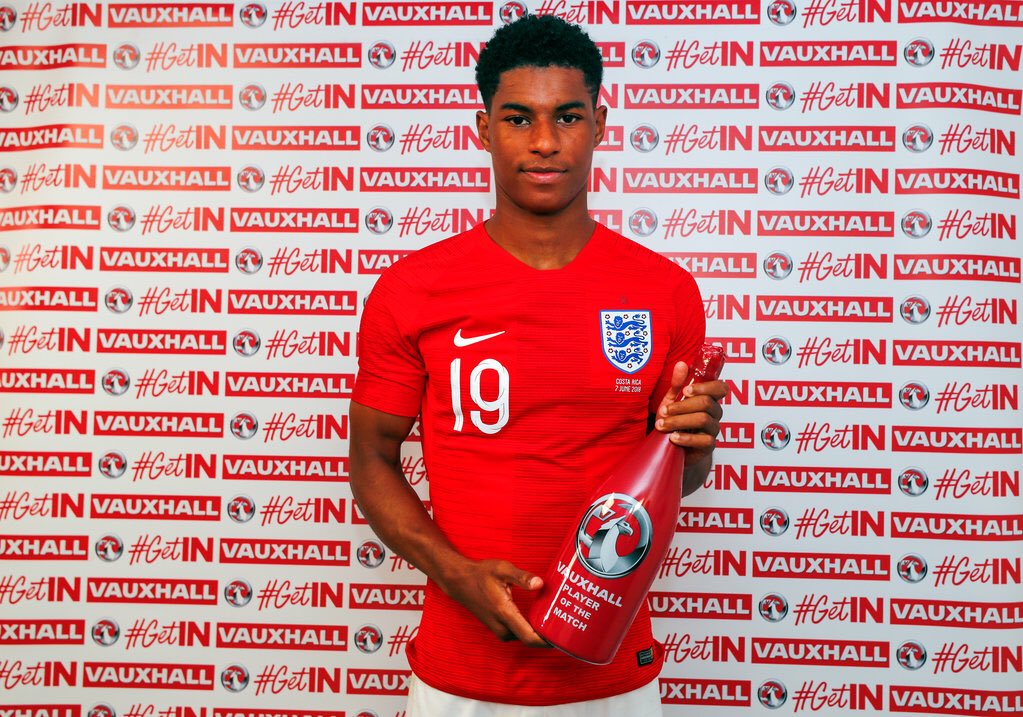