Why Erik ten Hag is perfect for Bayern Munich

Bayern Munich is in dire need of a new manager following Niko Kovac's dismissal. The Bavarians will bide time with Hansi Flick until a substantive successor is found. Some highly revered names are in the mix. Of all, Erik Ten Hag appears more suited to the role.

Kovac treaded on thin ice throughout his 16 months in charge of Bayern. The Croatian never seemed comfortable in Germany's most courted dugout. He totally goofed the Bavarians’ experiment with inexperience.

Kovac's appointment broke their recent tradition of established coaches. Louis Van Gaal, Jup Heynckes, Pep Guardiola, and Carlo Ancelotti were the last four managers at the Allianz Arena. The ex-Frankfurt boss was responsible for his own downfall, though.

His approach wasn't as attack-minded as his predecessors, with a desire for defensive stability rather than free-flowing, expansive football. That philosophy required some revision. Kovac, however, didn't, toeing the line of Ancelotti.

The logical decision is to return to the status quo. Arsene Wenger, Max Allegri and Jose Mourinho fit the bill.  They possess the pedigree to easily step in at this point of the season and do a decent job. But still, they should maintain the new experimental trend. Ten Hag's version won't backfire.

The Dutchman has never hidden his desire to take up Bayern's challenge. Already in his prime at 50, Ten Hag is quite aware such an opportunity may never come his way again. Amidst the recent speculation, he even admitted that Bayern is 'in my heart' ahead of Tuesday's Champions League trip to Chelsea.

There is no way Ten Hag will jump ship at the middle of the season. He has his sights set on going one better in the Champions League with Ajax, as well as repeating the feat on domestic soil. Whether now or in the summer, Bayern must patiently wait for Ten Hag as he ticks all the boxes. 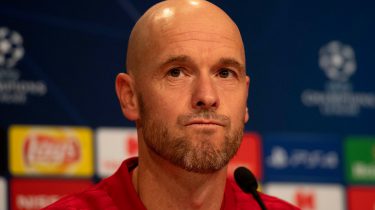 The Dutchman is a known Bayern fan. Ten Hag developed a special bond with the Bavarians after two years working with Pep Guardiola. The 50-year-old managed the reserves and although he operated independently, his interaction with the Spaniard solidified his coaching philosophy.

Ten Hag shares a lot with Guardiola aside just the bald head, tidy beard and stylish touchline garb. Both men subscribe to Johan Cruff’s ideology. The focus on possession, aggressive passing and pressing, and a goalkeeper comfortable on the ball – exactly the brand of progressive, result-oriented football the Bavarians crave.

Unlike auto-pilot Kovac, Ten Hag is flexible tactically. He usually starts with a well-known 4-2-3-1, but it morphs into a 4-3-3 or a 4-1-4-1 if need be. He demands that outfield players be versatile, adaptable and to some degree interchangeable in their positioning as they sought to create and exploit space. Fortunately, Die Roten has ample players who fit the bill.

In two years with Bayern II, Ten Hag guided them to first place in the Regionaliga Bayern but lost out in the promotion play-offs, before a second-place finish the following year.  The culture, atmosphere and expectations won’t be overwhelmingly strange.

Ten Hag could revive the club's inert talent factory. These days, Bayern has grown a reputation as a buying club, bullying Bundesliga sides for top talents.

Still, the Dutchman would be desperate to make an impression even with minimal resources. While his tactical mastery and achievement have gone beyond a mere fluke, there would be some level of scepticism how he would fare elsewhere, especially with a bigger budget and expectations...

What happened to Ademola Lookman at RB Leipzig?
By Tom Clarke