The January transfer window has the ability to make or break a season. For Everton there was hope it would be the latter.

The Blues did impressive work during the summer. New Director of Football Marcel Brands managed to simultaneously clear out the deadwood and improve the squad in several areas.

Lucas Digne has proved to be the perfect replacement for Leighton Baines. Andre Gomes looks like the heir to Mikel Arteta’s long-vacant throne. Richarlison and Bernard have added much needed Brazilian flair. Yerry Mina and Kurt Zouma have proven to be solid additions to a once weak backline.

None of Brands’ signings have proven to be bad ones. The hope was that he would repeat the trick this month. A new striker was the number one priority for fans and manager alike.

While Richarlison has filled in admirably and is enjoying an impressive first year at Goodison, it has been evident that Everton need something more. The void left by Romelu Lukaku is yet to be filled. Cenk Tosun has struggled to kick on and Dominic Calvert-Lewin has not developed enough to be considered the first choice.

It seems that Everton fans may have to face up to frustration this month instead. The January transfer window is not one they appear to be keen to do business in.

First, there have been the sounds coming out of the club. Owner Farhad Moshiri has insisted the club cannot keep spending hundreds of millions. Marcel Brands says he’s envisioned a quiet month. Now Marco Silva has gone one step further and said there’s no money available. It’s a bleak offering for a club and fan base who were hoping to kick on this season. Especially after the disaster that was last year. 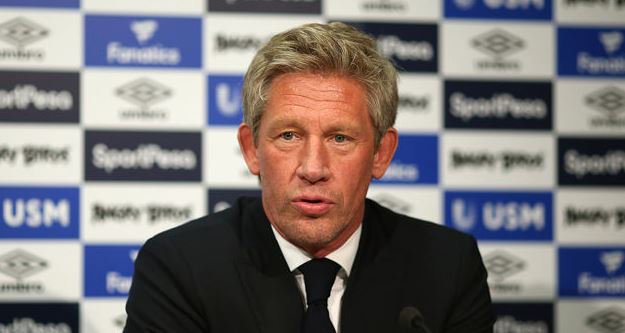 BBC Merseyside Sport
bbcmerseysport
Follow
Marcel Brands has confirmed a "one-in one-out" transfer policy for #Everton in January. The Blues Director of Football says having 27 professionals on the books means they have to manage the squad size while helping to realise the long-term ambitions of their young players. https://t.co/oayEQ1focQ
Follow
09:39 AM - 13th Dec 18
56
389

It all points to a window in which Everton will keep themselves to themselves and their fans will be left frustrated. In truth, it shouldn’t be surprising. It’s become Everton have had a complete turnaround when it comes to their transfer strategy.

Much of it is down to the preference of that man Brands. When he arrived he was tasked with clearing up the mess left by his predecessor Steve Walsh. He had lumbered the club with expensive signings on big wages who simply aren’t good enough. They added to a number that there were there before his arrival.

From day one, Brands task has been to somehow get rid of them. It was one he achieved in the summer, albeit most were loan deals. He’s continued doing it this month with Oumar Niasse’s move to Cardiff. Everton’s wage bill needed reducing and that remains a work in progress. These players, and others like Morgan Schneiderlin, need to be moved on before new ones can arrive.

Another mistake of the previous regime the Dutchman is keen to avoid is signing short-term players. Everton is now a club who want players for the long-term. That is the market they are working in.

Look at the work the club did in the summer. Players such as Wayne Rooney, Yannick Bolasie and Ashley Williams were shipped out in favour of Richarlison, Bernard and Yerry Mina. Every player Everton signed was one was for the long-term. There is no short-termism at the club.

Those kind of players are hard to come by in the January transfer window. So are ones that will significantly improve your squad, only if you want to pay a premium price. The Toffees do not. Marcel Brands refuses to pay big for a short-term game. It’s what Everton did in the past and it has only put them further behind.

They need to be smarter with their transfer business and the smart clubs tend not to do big business in January. Not unless there is an exceptional deal to be had. More often than not they aren’t.

It sets this month up to be a frustrating one for Everton and particularly their fans. They had high expectations after an impressive summer window but they are unlikely to be met. A loan deal of some kind is the best they may get and even that is looking unlikely at this point.