Why have Macclesfield Town struggled in League Two this season?

Macclesfield Town's promotion from the National League last season rates a chapter in Non-league's greatest fairy tales. Despite operating on a tiny budget, even by National League standards, and players going unpaid on occasions, the Cheshire side defied all the odds by winning the title and promotion to the Football League.

There may not be a happily ever after, though, following a disastrous start to life in League Two. The Silkmen remain winless in twelve games, rock bottom in the league and have already bid goodbye to two bosses. How has a club who were top of the world over the summer plummeted in a few months' time?

Askey's a Macc Town legend who guided his boyhood club to promotion last season. He spent his entire playing career at the Moss Rose, 546 games altogether, leading the line. He then worked as a coach in various roles before taking the full-time manager's post in 2013.

Despite issues off the pitch, Askey used his knowledge and contacts in the lower leagues to assemble a competitive squad year after year. His shrewd transfer policy was a key reason Macc gained promotion last campaign. A massively influential figure at the club, life was always going to be tough when he left the Silkmen at season's end to manage League One side Shrewsbury Town.

You could almost compare his departure to Sir Alex Ferguson's. He left that great a void locally. Askey's influence at the Moss Rose was tremendous. The club's struggling to find its way without him. 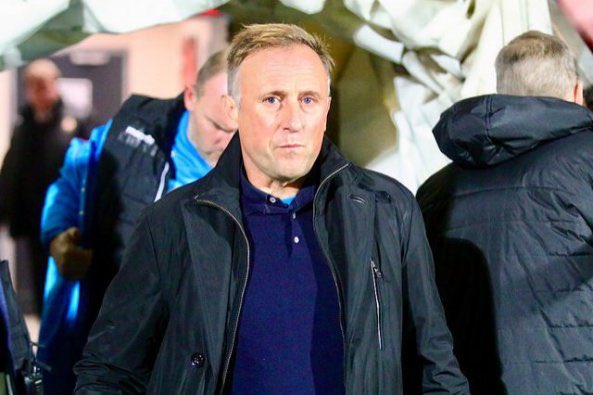 Yates not the answer

Macclesfield moved quickly to appoint Mark Yates as Askey's replacement. He impressed last season in the National League with Solihull Moors, keeping them up when they appeared a cinch for relegation. Yates' previous League Two experience came with Cheltenham Town and Crawley Town. The Silkmen thought he might do it again but it wasn't the case. With just four draws in their first dozen matches, he was sacked.

Yates' tactics were questionable. No wins in twelve's not an acceptable record. You can blame the players [speaking of Manchester United] but ultimately it's the manager who must take responsibility. The search begins for a rescue specialist. Richie Wellens, Russell Slade and Steve Davis are all potential candidates.

Striker Harry Smith joined from Championship side Millwall. The step down in competition should have benefited the towering 23-year-old. To date, he owns one goal from the club's 11.

Until the 6' 5" youngster finds his feet or is replaced, experienced signings such as Michael Rose and Peter Vincenti must take the lead in turning the squad around. In addition, non-league recruits such as Miles Welch-Hayes (Bath City) must adapt quickly.

Can the Silkmen win a game this season?

It's not looking good at the moment. While scoring less than a goal per game, their defence leaks nearly two. The fans have every right to be concerned. Sacking a manager's always regrettable, but needs must. The board must make the right choice with his replacement or a return to the National League beckons.