Why is Diego Simeone escaping the sack?

Hiring and sacking managers seems to be the order of the day in the modern-day game. After all, it's the gaffer whose head is firmly on the chopping block as soon as expectations aren't met. Take Ernesto Valverde for example. His FC Barcelona side won the Champions League title in 2015, less than two years later, he'd lose his job due to a decline in team performances. Then you have Real Madrid, who sacked two managers either side of a Zinedine Zidane sandwich.

However, while other managers are panicking about their jobs, Diego Simeone isn't. The Argentine is now synonymous with Atletico Madrid's dugout, currently overseeing his 8th season in charge. It's scarce to hear rumours circulating his job unlike other top European guns. They say no man is perfect, but Atletico's hierarchy sees Simeone as someone as close to that as physically possible. What are the main reasons as to why?

When appointing a manager, all that's demanded is reaching expectations - or potentially surpassing them if at all possible. When huge financial investments are made reinforcing the team, notable improvements in results must follow. If those targets aren't reached, you can bet your bottom dollar that the powers-that-be will contemplate bringing in someone else to steady the proverbial ship. Atletico has never been amongst the biggest spenders under Simeone's reign. Los Rojiblancos doesn't flex their financial muscle anywhere near as their La Liga rivals. This summer, though, big money was spent to fill the void left by Antoine Griezmann.

The €126million splashed on latest Golden Boy Award winner, Joax Felix happened to be the most expensive under Simeone's reign. Despite not reaching Barcelona and Real Madrid's level in terms of budget, Simeone's men often match their fierce enemies on the pitch; finishing above Los Blancos in the last two seasons. Atletico is now renowned as serious contenders in every competition they enter. 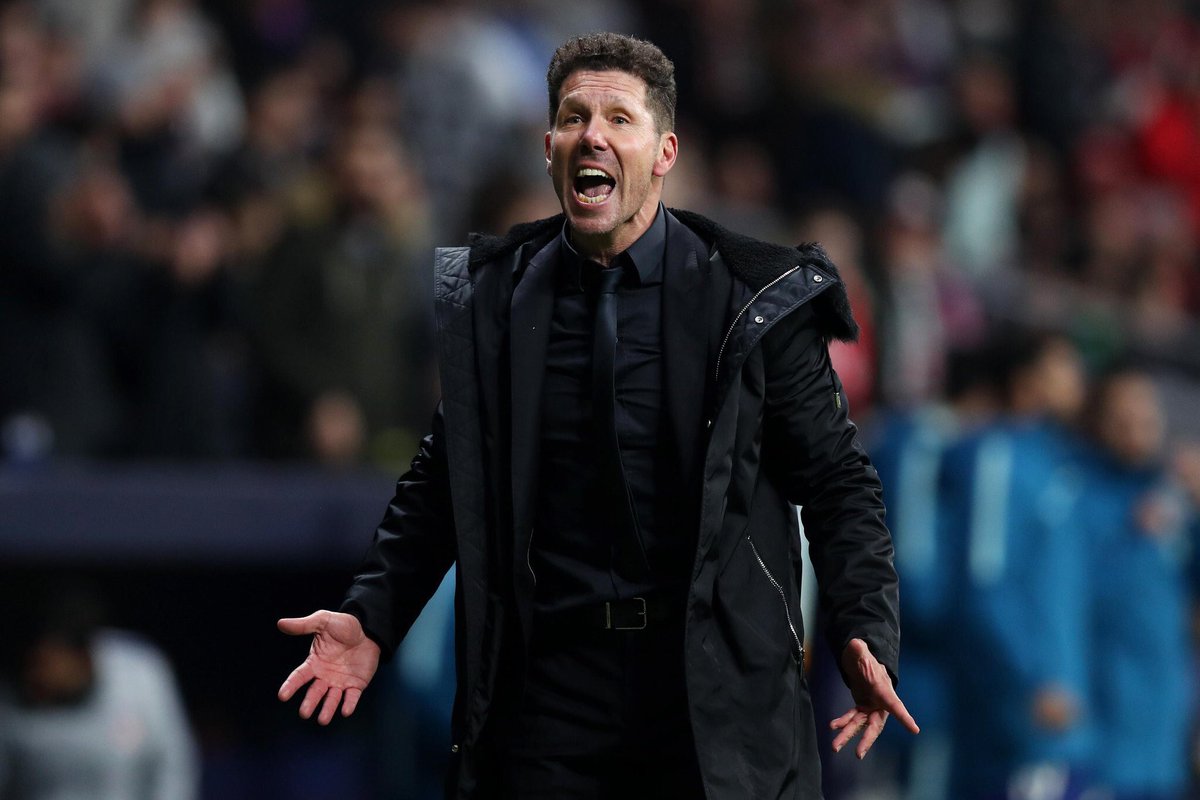 The Scouted Hub
TheScoutedHub
Follow
No other manager in world football comes close to Diego Simeone when producing a defensively solid setup.

The €126million splashed on latest Golden Boy Award winner, Joax Felix happened to be the most expensive under Simeone's reign. Despite not reaching Barcelona and Real Madrid's level in terms of budget, Simeone's men often match their fierce enemies on the pitch; finishing above Los Blancos in the last two seasons. Atletico is now renowned as serious contenders in every competition they enter.

Even in the Champions League, Los Rojiblancos can't be written off. After exiting the group stages to win the Europa League in 2018, Atletico often goes deep in European competition; reaching the final twice under Simeone despite a moderate budget. Usually, most manager's struggle to achieve such feats without massive spending. At Atletico, this summer was the exception to the norm, though yet again, they're sure to push all the way both domestically and in Europe - although they may not always end up as eventual winners.

It's a given that no manager can handle Atletico better than the Argentine. Aged 49, Simeone has instilled the belief and respect in his players, giving them a reason to always offer their absolute maximum back in return. Inconsistency isn't allowed while the team's morals and standards always remain high. When you love someone, you never want to let them down. Simeone's earned the trust of his players who always want to perform to their capabilities.

Simeone's instrumental 4-4-2 formation is amongst the main reasons why he's so successful. It's a unique system that's built upon a compact defence and midfield, while also allowing a quick transition into the attack - particularly through counter-attacks. Simeone's side mightn't score four or five goals, but his team often concede less while mostly scoring more, albeit only by a one or two-goal margin. Atletico have always ranked amongst the teams with the most solid defences within the game - which is mostly down to Simeone's tactical nous. As a matter of fact, Los Rojiblancos have conceded the least La Liga goals in each of the last three seasons - as they strive to protect that stat in the ongoing campaign.

It feels like Atletico and Simeone have been a match made in heaven ever since the gaffer's playing career. Now a manager at the club in which he spent two spells, spanning over five years, it's a place the 49-year-old holds close to his heart. He's well aware of the club's ambition, he knows how to achieve those goals. Simeone often goes the extra mile to keep Atletico's flag flying high, and although one may not feel he wins enough trophies, he's doing the best he can in an extremely tricky situation.