Why is Gareth Bale universally disliked at Real Madrid?

Of all the transfer rumours and what might and might not happen this summer, one thing is sure; Gareth Bale will be leaving Real Madrid. Where he’ll end up, with his wages proving a considerable stumbling block to any move remains to be seen - but he certainly has no future at the Santiago Bernabeu.

Zinedine Zidane has made it clear that he doesn’t have a place for him. All the sounds coming out of the club are that he is neither wanted nor welcome. It’s a strange situation given Bale’s time in Spain has been filled with success. In 231 games he’s scored 102 goals, making him the club’s 14th highest goalscorer in their history. It’s also one place and two goals in the Madrid pecking order behind the original Ronaldo, who also had a worse goal per game ratio that Bale does at the Bernabeu.

Some of those goals have been huge as well. Bale won the Copa del Rey final with a stunning strike against Barcelona in 2014. His magical overhead kick helped beat Liverpool in the 2018 Champions League final. There are several significant moments from his time at the club, never mind the haul of 13 trophies, among them four Champions League titles in five years. Bale has won everything at the club and scored a tonne of goals in the process. Yet, his standing could not be lower. Indeed, most associated with the club would be happy to help him move on.

But why is that the case? What is it that has caused Bale’s standing to fall so low? There are plenty of answers, but Bale’s attitude is chief among them. The Welshman can blame outside influences and opinions, but his own behaviour has not exactly been conducive to a great working relationship.

Primarily, Bale has never made any attempt to integrate himself into life at the club. Indeed, the sense from him has always been that his move to Madrid was one of convenience. Had he been able to stay at Tottenham, he would have. Instead, Madrid offered him big money and the chance to win everything, and he made a move. 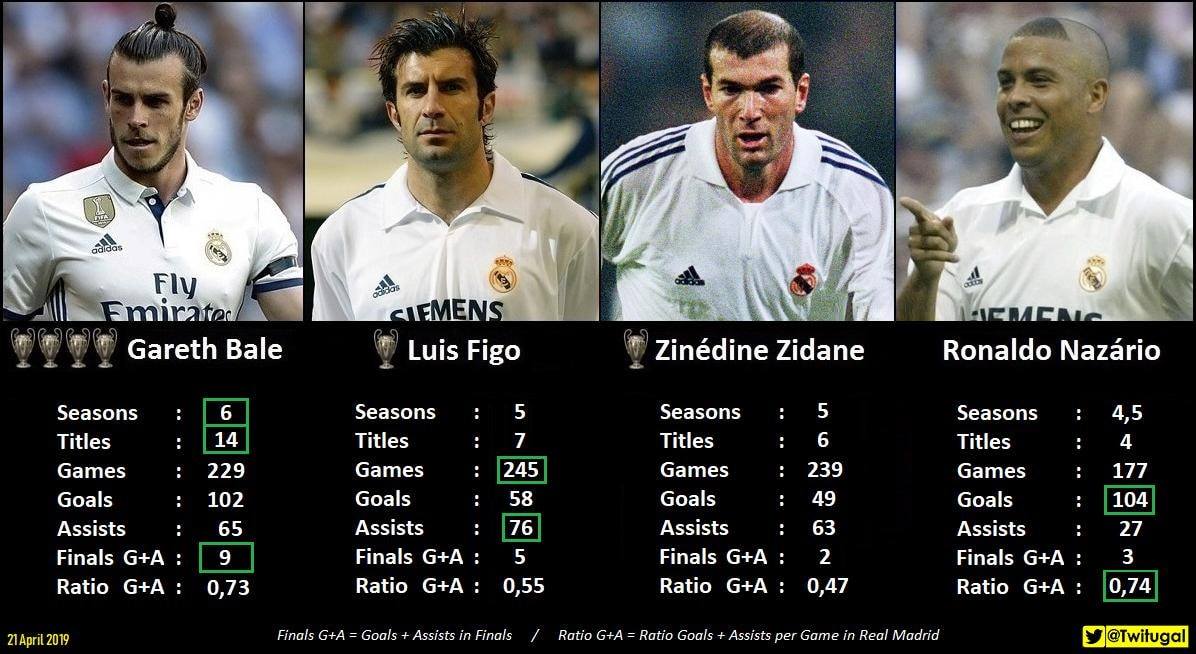 Go on & Hate his attitude, but Respect him for what he's done for the Club.

But a club like Madrid demands more. They want players to give everything, body and soul, integrating into the club and become ‘Madridistas’. They expect players lives to revolve around the club noon to night. Bale hasn’t bought into that. Six years on from his move he still doesn’t speak Spanish and there are numerous reports, from fellow players and insiders, asserting he is distant in the dressing room. In fact, he seems happier to be out on the golf course than dedicating himself to becoming a Real Madrid legend or making friends with his teammates.

Having said that, the attitude that Madrid has not exactly helped the situation either. Madrid are such a big club that players are treated as commodities. They are something to trade, with little sentiment, on their quest for trophies and success.

It is why top-class talent, world-class in some cases, can flop and never earn the love of the crowd but earn adoration elsewhere. As far as Madrid are concerned, these players are parts of the engine that keeps the trophies rolling in. When one breaks or needs updating, they do so with little concern of sentiment. It takes a particular player, someone special, to earn their real affection.

Yet, Bale has flipped that on its head. They do not care for him and have no interest in him beyond what he can do on the pitch. His attitude, as we’ve discussed, is one of a business one. They do not love him, so he does not love them. That mentality is not one that will impress Madrid’s faithful. They can do it to you, but you cannot do it to them.

Then there is Zidane and the press. The Madrid boss is one of those players who earned the love of the crowd. He only added to that by rescuing them as managed and delivering further Champions League glory. Few people have such a relationship with one club. How his departure and subsequent return as manager were received says it all.

And that relationship has earned Zidane not only adoration but trust beyond belief. The crowd believe what he says and follow his lead implicitly. So when he says negative things about Bale, be that on his performances, his attitude or the fact he needs to leave, they side with him. Bale has little chance against the juggernaut of trust and faith that Zidane commands.

The Frenchman is growing into something of a master manipulator with the press, and they have lapped it up. He has used their power to turn the sentiment against Bale further. Not that he needed to, they disliked Bale anyway. Amid all the problems and issues at the club last season, the Welshman was often the focus in the press.

As many players can testify before Bale, the media's effect cannot be understated. Yet, the image they can portray of him, and how they can focus the negativity around him only helped to erode the opinion about him further.

With a world-record fee on his back, Bale always had work to do to earn the affection of the Madrid supporters. Sadly that has never come his way despite some stellar numbers and performances on the pitch.

Much of that is to do with his own actions and attitude but, really, the forces working against him were always going to be too powerful.

At times the Welshman must have felt like re-enacting Gladiator and questioning whether the Bernabeu was entertained. For the most part, the answer has been a definitive no. When he looks back, Bale may feel like he didn’t have much of a chance of succeeding in the eyes of those in the stands.