Why is West Ham's Marko Arnautovic such a divisive player?

Despite his ability, Marko Arnautovic remains a player who divides opinion across England. Whether it's the eccentric personality that makes some uncomfortable or the frustrating inconsistencies that continue to cloud his overall game, the Austrian international represents a dying breed of footballer. He is enigmatic and does not fear the spotlight. So much so that following West Ham's 2-0 win over Watford in February, Arnautovic expressed confusion regarding his critics.

I don’t want to keep talking about myself. It was a tough beginning at the club but I want just to show the critical people, all the people who don’t think I’m good, that I’m good, and I want to give everything for this club. That’s why I play football.

After spells with FC Twente, Inter Milan and Werder Bremen, this is now Arnautovic's fifth full season in England's top-flight. An exciting winger who can also play as a striker, his production hasn't met his potential. That said, numbers don't concern him.

People who say I am up and down don't know anything about football. People expect me to score and assist every time I play. Sometimes I score, go home, and think I didn't play very well. But because I scored they say "Wow he was amazing!" But I wasn't.

He's scored 29 and added 30 assists in just under 150 Premier League appearances to date. Stoke supporters were angry he chose to leave at the first sign of interest from a rival. You can empathise. Stoke are sitting perilously in the relegation zone without the Austrian. Under different circumstances, that could be West Ham. Six points currently separate the two sides, and even though the Hammers have a game in hand, Arnautovic's presence has helped them significantly in recent months. His brace against Southampton on the weekend lifted a heavy weight from his new club.

The Hammers were happy to part with £27 million for his services. Given his attacking qualities, they anticipated he would support their push for a European place. Their season has not gone as planned. Arnautovic wasn't the only one slow out of the blocks but, as the new man, suspension, injury and disappointing displays brought critics out in full force. David Moyes has struggled but has made some minor progress in Slaven Bilic's wake. Arnautovic has been key.

Since December, the Austrian's efforts in the final third have directly contributed to nine points won, including the Southampton brace. The fixture was billed as a six-pointer. Both sides were struggling for form. But the game had to be important on a personal level for Arnautovic, facing old boss Mark Hughes once again. 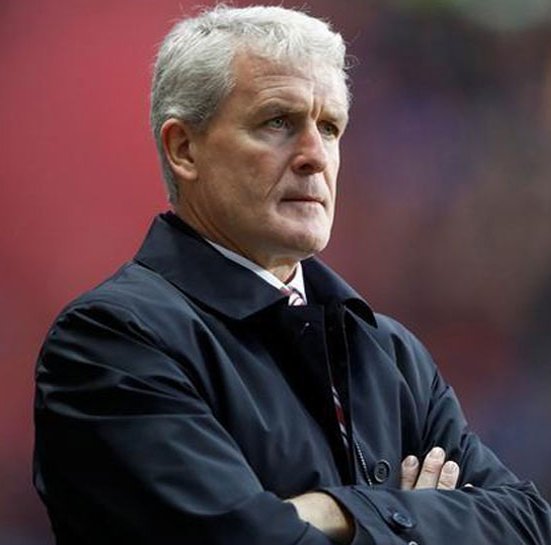 SPORF
Sporf
Follow
📅 15th December:
🗣 Mark Hughes: "I think Marko hoped he'd be going to the next level....but that wasn't the case." 🤷‍♂️

They previously clashed in mid-December during an away win at the bet365 Stadium. Arnautovic scored once and could have had a hat-trick before responding angrily to understandable abuse from Potters faithful. Players in many sports are motivated to play against former teams and coaches. The rematch again proved Arnautovic to be such a player: a well-taken brace, both goals from close-range, and he probably missed another hat-trick too.

Arnautovic's real issue is performing well when his team-mates are struggling, especially against better sides. In 55 games against the league's top six clubs since 2013, Arnautovic has scored eight goals and created nine more. The phrase flat-track bully naturally comes to mind.

If he's keen to step up in quality, to develop among better players, he has to improve. Part of this improvement stems from consistency. He is very much a streak player.

Arnautovic turns 29 this month. His peak years are passing. He wants to win; everyone does. The bad-boy reputation and perceived arrogance make it harder for supporters (and neutrals) to accept him for what he is: a talented, often misunderstood player.

"I am 28 and still not where I want to be, I'm trying hard to get there and I won't stop. I want to show people, especially the haters, what I am capable of and bring this club up with everything I have got."

Slaven Bilic signed him for a reason. David Moyes recognised his talent. Now, a maturing Arnautovic knows what he has to do: deliver.