Why won't Mourinho give Troy Parrott an opportunity?

Imagine Cristiano Ronaldo's youth coaches considered his petulance too bothersome to develop his talent or that Barcelona didn't think it was worth the risk or medical expense to sign a waifish 13-year-old named Lionel Messi who suffered from a growth hormone deficiency. Imagine Crystal Palace coaches loaned right-winger Aaron Wan-Bissaka to a lower-league side rather than try converting him into a right-back. Opportunity often bypasses promising players. There are far more talented youngsters who don't receive a chance than you think. The path to stardom features checkpoints virtually every step of the way, each and every one guarded by a 'football man' with a unique set of prejudices regarding young talent. For every Ravel Morrison who wastes repeated opportunities, there are dozens stopped at the wrong checkpoint and turned away, their Premier League passport never stamped. Troy Parrott can relate.

Tottenham Hotspur are in crisis. There’s no better way to describe being without a goal machine like Harry Kane and an electrifying forward like Son Heung-Min. With 31 goals and 10 assists combined in this season's Premier and Champions Leagues, the pair comprise Spurs primary scoring threat. Deprived of their goals, new boss Jose Mourinho must identify alternate sources. Yet, he continually overlooks Parrott.

Mourinho shouldn't bemoan the dearth of healthy bodies in attack if he refuses to give those who are fit an opportunity. Spurs are by no means a small club. If Mauricio Pochettino burdened his successor with a squad featuring brittle, unhappy veterans, he also left him a boatload of young talent crying out to be noticed. Parrott stands at the front of the queue.

He was only 15 when Spurs snapped him up from Irish club Belvedere in 2017. Pochettino proved eager to offer the young Irishman his first professional contract and a place in Spurs preseason squad to Singapore last year. He featured for 45 minutes in the 3-2 win against Juventus in the International Champions Cup, hardly putting a foot wrong. His Premier League debut came soon after, in the 5-0 win against Burnley.

The teenager probably felt cold shivers when he heard Mourinho named as Pochettino's replacement. The Portuguese once argued he promotes youth players, going so far as to submit a list of 49 to the media, many of whom qualified only under the most liberal definitions of 'I' and 'promoted'. Players who do fit the bill tend to be those on the defensive side, such as Scott McTominay and Raphael Varane. Attacking players are either sold [Mo Salah, Kevin de Bruyne] or utilised primarily from the bench [Marcus Rashford].

This season, Parrott claims 66 minutes in the EFL Cup, 24 in the FA Cup, five in the Premier League and none in the Champions League [Transfermarkt]. With Tottenham eliminated from both domestic cups and only competing on the latter two fronts, Parrott can't expect to see much more action in 2019/20. Mourinho simply doesn’t believe in young skill players learning on the job. 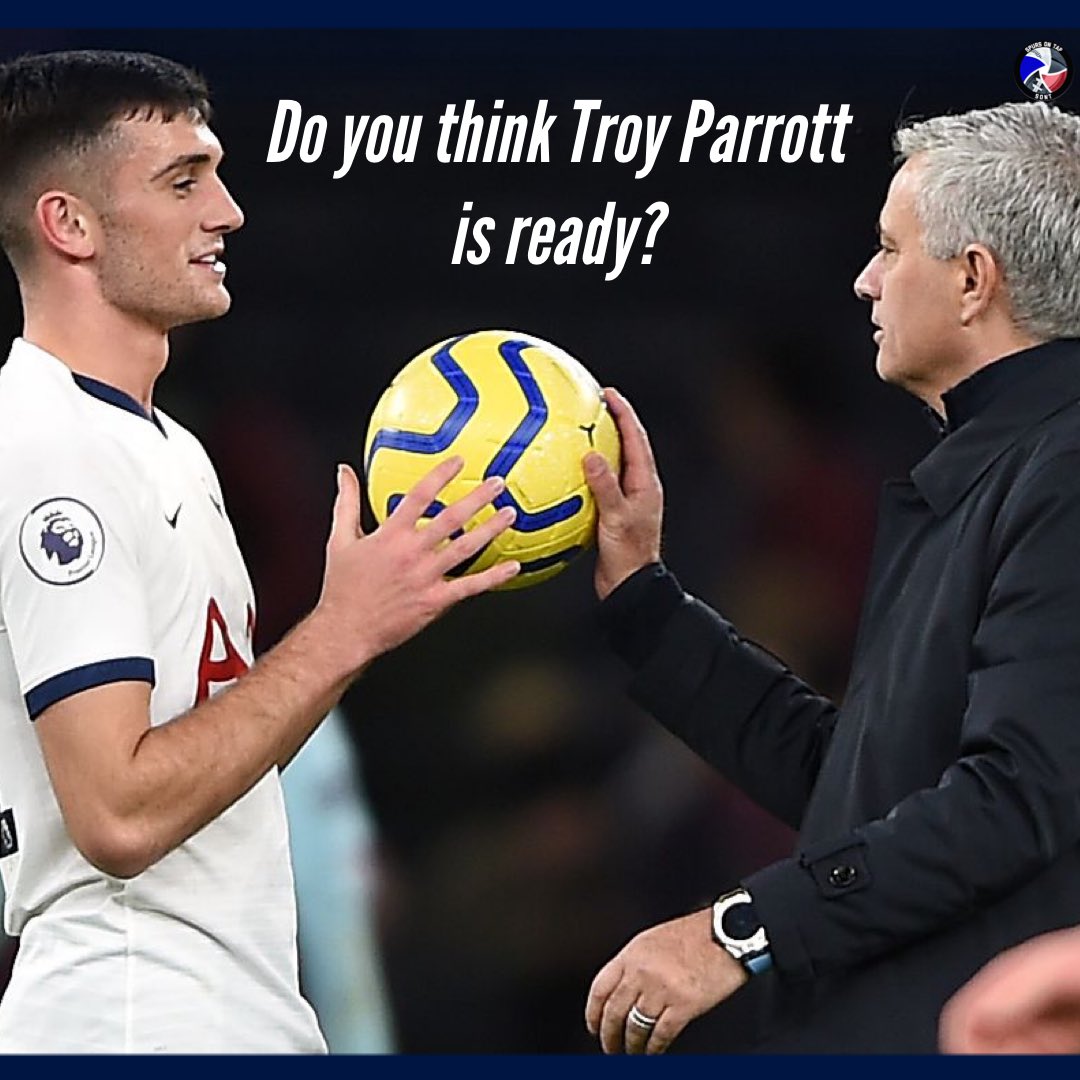 When Mourinho finally gave the 18-year-old a half-hour against Norwich, he struggled, missing a penalty and rarely involving himself in the run of play. He didn't look anything like the player who crammed 11 goals and an assist into 566 minutes of UEFA Youth League, Premier League 2 and FA Youth Cup action. Agreed, the Premier League is several steps up from those competitions. Parrott needs time, as Mourinho says, and must work. The problem is he cannot work while sitting on the Spurs' bench week in and week out.

The penalty is nothing. He is a penalty taker in the U23s, he scores every one for them. He was so confident, he wanted to take one. He wanted to take the responsibility. It’s an experience in his career. The problem is not his experience. The problem is the 30 minutes. Now people can see that he has to work a lot so don’t think that Parrott is the second Harry Kane because he’s just a young kid that needs to work.

Mourinho is results-oriented. He thinks in the immediate rather than long-term future and wins trophies wherever he goes. He is paid to do so and therefore prioritises silverware more than a young man's career. With Kane and Son unavailable, Parrott's development suffers. Under another manager, Ole Gunnar Solskjaer for instance, he'd probably be thrown into the mix like Mason Greenwood.

With Romelu Lukaku sold and Marcus Rashford and Anthony Martial each spending significant time on the treatment table, the Manchester United prodigy's game log reads upside down in comparison to Parrott's, with 645 Premier League minutes, 455 in the Europa League, 306 in the EFL Cup, 244 in the FA Cup, 90 in the EFL Trophy and 62 in Premier League 2. Moreover, he scores in every competition. Eleven of his 13 goals and all four assists came with United's first team. Only four months the elder of the two teenagers, Greenwood was fortunate Mourinho departed Old Trafford before he ended up loaned out to a League One or Two club for further development. Troy Parrott wasn't even given that option and it costs him at the international level. Ask Ireland boss Mick McCarthy.

I think Jose is one of the best managers that's been around for a very long time and if he doesn't want to play him, I'm not going to argue with him. Jose is a top man, he picks his own players. [Parrott]'s had what, five minutes as a sub? That would really get him ready for the Slovakia game wouldn't it? If he had gone out on loan, it would have benefitted them long term because I think he's ready for that. But again, they are not my decisions to make. It would have benefitted Troy but it just didn't work out.