Why Manchester United are running a serious Angel Gomes risk

Angel Gomes was amongst the standouts during Manchester United's pre-season tour. Throughout the summer, Ole Gunnar Solskjaer remained adamant that Gomes, and other youngsters, would get their chances to impress when the serious stuff started in August.

Well, we're now at that point where the Red Devils are fighting it out across three competitions. Talented United teenagers are beginning to get their opportunity, though, for Gomes, he has only made one start and one substitute appearance. He wasn't in Solskjaer's squad for the home game against Rochdale last night - presumably due to injury.

Despite being United's best presser of the football during the squad's time in Australia, Singapore and China, Gomes has drifted back into that zone where he remains on the fringes. The 19-year-old will now start to be questioning his long-term future. After all, it wasn't that long ago when Gomes sent a subliminal message to his manager through the media, with the attacking-midfielder admitting that he no longer wants to be viewed as an up-and-coming youngster...

United now finds themselves with a serious question to answer regarding Gomes - and it's a problem that is all their own doing. The 5'3 starlet has a winding down contract. He'll be a free agent next summer, meaning Gomes would be allowed to talk to overseas clubs about signing a pre-contract from as early as January. Herein lies the problem. Does Solskjaer stick to his beliefs and use him sparingly, or does the Baby Faced Assassin bow to player demands in order to ensure Gomes' long-term future remains Red? It's a tricky one. 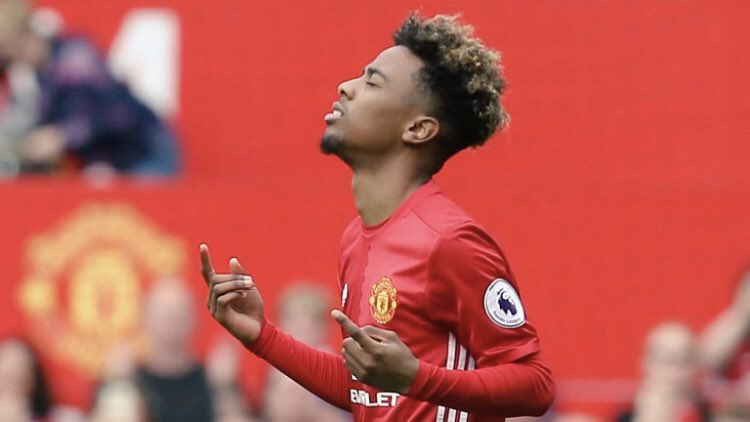 Tяυsτ №¹-Yahya™
RealistYahz
Follow
Never in my life have i wanted a player to start for Manchester United more in recent history than Santi Angel Gomes. He's never really had a chance to start and show his quality. Tonight he needs to start or he'll leave for free next summer. God answer my prayers tonight🤲🏾 https://t.co/xlCmA5lH5D
Follow
17:12 PM - 19th Sep 19
121
1128

For what it's worth, I genuinely believe some of the questions raised are valid. Gomes is slight in stature nor does he look like the most physically adept footballer you've ever seen. You can understand that concern but I guess there's only one way to find out whether it'd hold true. I look at it like this; would Pep Guardiola have any problem whatsoever handing the London-born 19-year-old starts? The overwhelming answer would be no, purely due to his outrageous talent and on-ball quality.

Gomes is someone who hasn't gone on loan to earn those all-important first-team minutes and now it's too late to utilise that fascet of the English game. He's a young man who knows what he wants and you can't really blame him for having his head turned if Paris Saint-Germain is indeed interested in acquiring his services...

Over the next few months, the games will start to come thick and fast. This period between now and Christmas is the determining factor to where Gomes' future lies. Play him and I'd fully expect to see that photo of Gomes, all-smiles alongside his manager, new contract in hand. However, if the young man remains on the fringes, getting given a few minutes off the substitutes bench as matches wind down, don't be surprised to see the Old Trafford club having to share a club announcement of a second midfielder heading to PSG on a free transfer in the space of twelve months.

The proverbial ball is now in United's court. They have a few months to determine the outcome. With the Reds churning out some truly turgid football over the last few weeks, surely Solskjaer has nothing to lose by throwing Gomes into the mix, right...?