Since bursting onto the scene under Louis van Gaal, Marcus Rashford has gone from strength-to-strength at Manchester United. Well, that was until Alexis Sanchez was signed by Jose Mourinho in January.

Since the scintillating star from Chile entered the fray, Rashford has been largely limited to minutes as a second-half substitute. That has led to rumours suggesting that the Wythenshawe-born-forward may have to depart from Old Trafford, switching it for pastures new where playing-time would be much easier to come by...

Sometimes, though, players shouldn't take the easy-road out at the first troubling sign. In fact, the elite tends to stand up to the danger; that's exactly what I reckon Rashford will do.

I'd like to begin my defence by busting a myth. Doing a quick Twitter search, Mourinho doesn't use Rashford (according to the masses anyway). Except he does. In fact, just this weekend, the 20-year-old became the first player to reach 100 games under the self-proclaimed Special One at United. Not bad for a player who's used rather sparingly, eh?

You have to remember that Rashford, despite the fact that he's been around for over two years now, is still a relative baby in footballing terms. It had all been rosy for him up until this point, but even the elite will have barren spells during their illustrious careers. In this poor period, the striker has still made a significant impact; helping the Red Devils beat Liverpool 2-1 at Old Trafford just last month. He scored both goals that day. 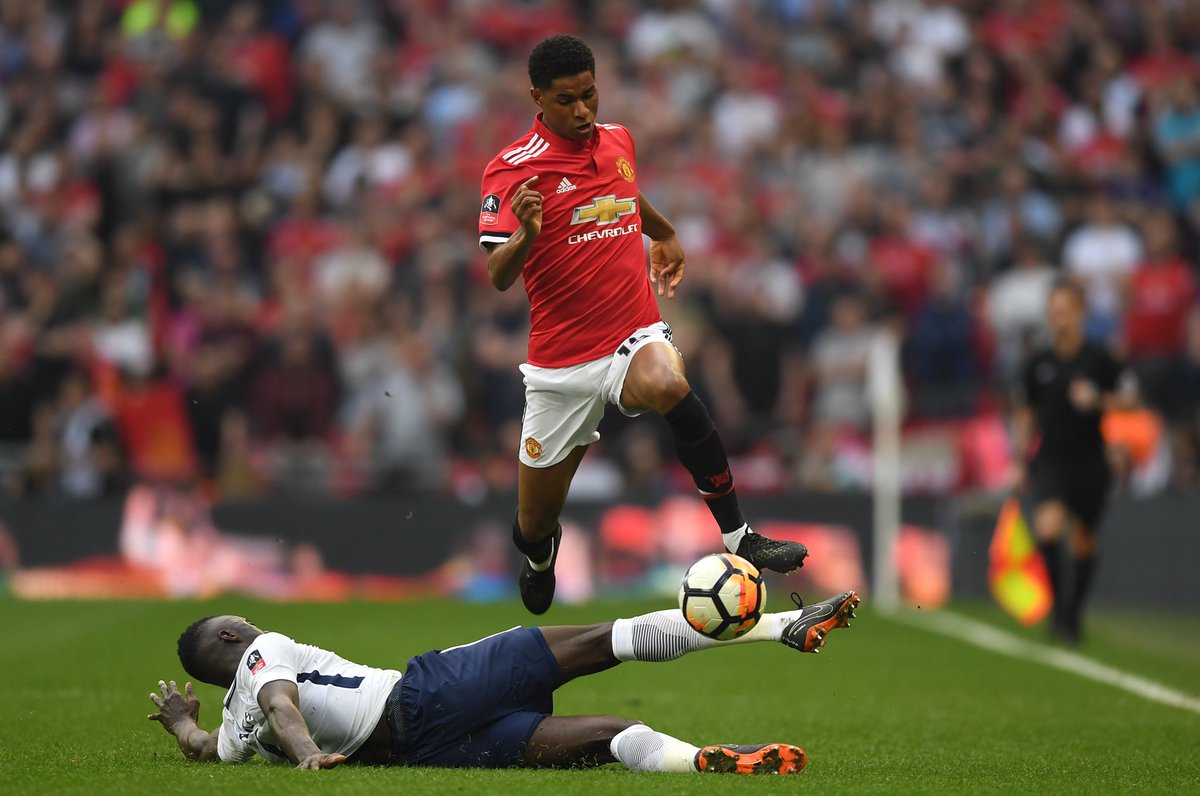 Perhaps the most obvious indicator that Rashford will remain red is the fact that he has Mourinho's trust. Achieving faith from the Portuguese is no easy feat, just ask Luke Shaw or Anthony Martial. More often than not, United's #19 is the manager's go-to guy when the going gets tough.

Yes, he may not start every week at this point in time, but Rashford is nowhere near the finished article. Sanchez, well, we all know what the former Arsenal man can do to defences on his day. The young pup from Manchester is United's next best option. There is absolutely nothing wrong with that given the current circumstances. Don't forget, he's certainly ahead of the aforementioned Martial in the Red Devils pecking order; whom I would be concerned about, but that's for another day entirely.

Now let's take a look at performance. Statistically, this is already Rashford's best season when it comes to sheer facts and figures. The attacker has scored twelve goals across all competitions while tacking on an excellent nine assists for his teammates (per Transfermarkt). Achieving that feat in 47 appearances is a ratio that levels out at better than one goal contribution per three games; that's certainly not to be sniffed at.

To summarise, Mourinho isn't going to let Rashford go anytime soon, whereas the player should be in no hurry to leave Old Trafford. He's already won three major trophies while having an excellent chance at adding a fourth next month. He'll understand that at any huge club in the footballing world, there is no guarantee that he'll start every single fixture. I suspect Rashford's rather happy with the way his development is progressing. The wise youngster will realise that the grass isn't always greener, and no doubt he'll make the right decision for his immensely bright future...