Why Manchester United were still right to move on from Lukaku

Romelu Lukaku is (rightly) the talk of Milan town. Thirty-one games played, twenty-one goals scored. The superstar Belgian has taken the Serie A by storm, leading Internazionale to first place in the league.

Back here on Blighty, some Manchester United fans are getting themselves all worked up about his sale, while Inter supporters are keen to stick the knife in and brand Old Trafford the problem. While that may be partly true, it doesn't mean the Red Devils made a mistake in parting with the 26-year-old. Sometimes, football fans tend to turn a blind eye and forget about what has happened in the past.

Jose Mourinho saw Lukaku as his general. His on-field commander-in-chief. His ally. Something changed when Ole Gunnar Solskjaer took charge, as the Baby Faced Assassin wanted to head in a different direction. No longer were United intent on playing bully-ball, instead, they'd use pace down the wings and look to hit teams on the counter-attack. Marcus Rashford was the poster-boy for the new regime with Anthony Martial backing him up. Lukaku found himself used as a rotational option rather than the main man. He didn't like that.

There is a right and wrong way to respond to falling out of favour. Rather than putting in that extra work and doing what he can, Lukaku spat his dummy out at the first opportunity. Don't forget that over the summer, the Belgian refused to return to the club's pre-season tour of America in an effort to try and force through a move away. Sure, anyone football player is allowed to voice their opinion about wanting to move elsewhere - though there's a right and wrong way to go about it. What Lukaku did was downright unprofessional. What happens when he gets bored in Milan? A leopard never changes its spots. Lukaku got his wish to leave Everton under similar circumstances, citing a lack of ambition. I'll be here to say I told you so when the striker wants another challenge... 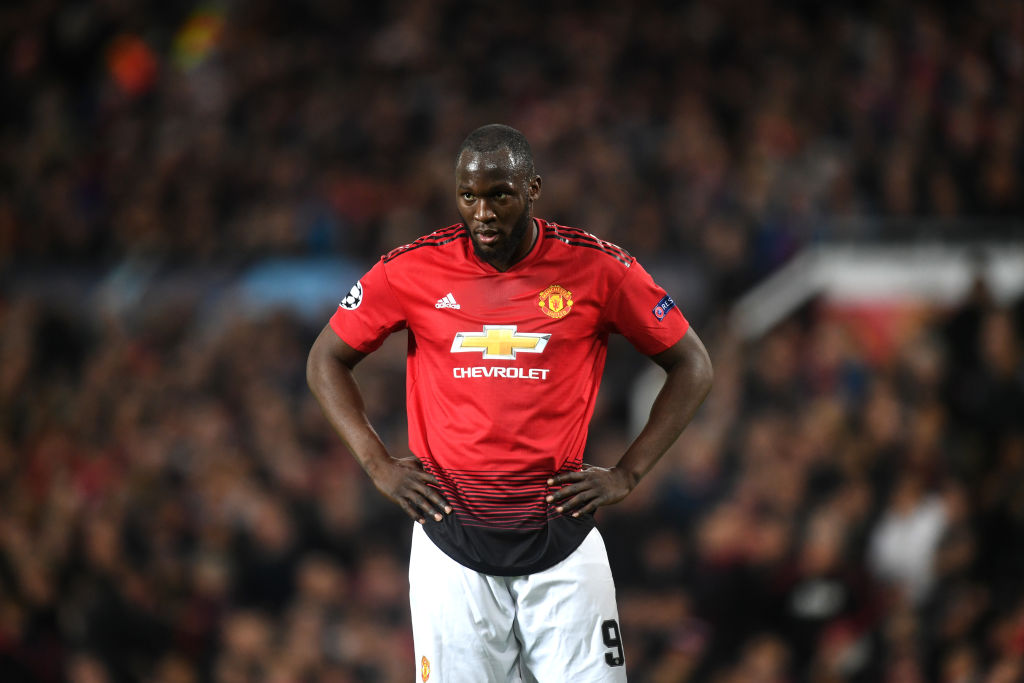 OldTraffordFaithful
OTFaithful
Follow
All this Romelu Lukaku 'I told you so' from Inter fans and some #mufc fans is annoying me now.

Remember how bad he was for us, particularly under Ole. He spat his dummy out the moment Martial/Rashford were favoured. Whatever happens, United were right to move on from him! 🙌🇾🇪 https://t.co/fNZl6vlSxK
Follow
09:33 AM - 11th Feb 20
9
81

Two wrongs don't make a right. Lukaku can score one-hundred goals for Inter this season, but that doesn't mean United were incorrect to move on from the #9. The ex-Everton man scored fifteen goals in 45 appearances for the Reds last season. Rashford has scored nineteen this term in fourteen fewer appearances. But for injury, the Englishman could have easily hit the 20+ mark. Rashford is only two strikes behind Lukaku's current tally of twenty-one, too. Solskjaer has picked his go-to man and the 22-year-old has repaid that trust. The Norweigan chose correctly.

United have often been atrocious when it comes to selling. Ed Woodward and the powers-that-be find it nigh-on impossible to recoup their full outlay, though with Lukaku, they did a pretty good job. He'd sign for £75m, run two years of a five-year contract down, then be sold to Inter for close to £70million. Fair play to the 20-time Premier League champions, who protected their asset well for a change. That money was re-invested into the squad. In effect, it allowed the Old Trafford club to go out there and buy Bruno Fernandes this January. Whether that was a good signing remains to be seen, though the early signs are definitely positive.

Now there's talk of whether United fans have a buy-back clause in Lukaku's contract. I'm sorry, what? I know for a fact that the majority of Reds supporters wanted him gone at the time. That view hasn't changed as they remember that joke of a first touch, those no-shows in big games and the disrespect he showed to the club he was so eager to transfer to just a couple of years earlier.

I guess what I'm saying is that I've always been old-fashioned in the sense that if a player doesn't want to be here then let them go. Sure, Lukaku wasn't bad for United by any stretch, nor was his a world-beater - particularly in the big games when the pressure-cooker was at boiling point. I genuinely wish him well over in Italy, though you're kidding yourself if you believe he'd be putting up these sorts of numbers at United under Solskjaer. The Reds made the correct decision for a change and I'll fully defend that decision for as long as it takes.

The mistake made by Manchester United wasn't letting Romelu Lukaku go, rather the failure to replace the Belgian. Solskjaer has tried to patch up that leak by adding Odion Ighalo on a short-term deal, though I'd fully expect the Baby Faced Assassin to rectify that error on a permanent basis during the summer...