Why Michy Batshuayi must leave Chelsea

It seems like an age since Michy Batshuayi scored the goal that secured the Premier League title for Chelsea in 2017. How much has changed? Antonio Conte gave way to Maurizio Sarri who departed for Juventus, leaving the clubhouse door open for Frank Lampard. The simple fact is the Belgian failed to enjoy the confidence of any of those managers.

After scoring a career-high 17 goals for Marseille in Ligue 1, his move to Chelsea came a reward. It turned out to be dubious. He made just one Premier League start in his debut season under Conte. In search of more playing time, the Belgian secured a loan move to Borussia Dortmund in January 2018. Seven goals in 10 appearances for BVB proved he could perform when given playing time. Unfortunately, a torn ankle injury prematurely curtailed his time at the Westfalenstadion. When he returned to Stamford Bridge, Maurizio Sarri looked elsewhere for goals.

A second loan, this time to Valencia, did not go so well. After netting just twice in 20 appearances, the loan was cut short at January's end. When he landed at Heathrow, however, the cab took him to Selhurst Park rather than the Bridge. Five goals in 11 appearances for Crystal Palace in the season's second half at least convinced Frank Lampard to keep him in the Chelsea first team for 2019/20.

With Eden Hazard and Alvaro Morata in Madrid, Gonzalo Higuain returning to Juventus and the Blues voluntarily serving a transfer ban while they fought it in the Court for Arbitration of Sport, the Chelsea legend needed as many forward options as possible. Ultimately, however, Batshuayi remained an alternative rather than the first-choice striker. Tammy Abraham's dozen Premier League goals make him Lampard's man and keep Chelsea in the Champions League places. 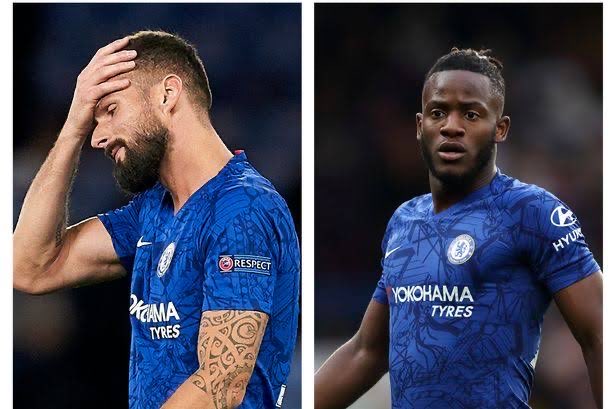 Chelsea winning their appeal isn't the best news for the 26-year-old. If the Blues recruit another striker, his minutes will decrease further and hurt his chances to make Roberto Martinez's Euro 2020 squad with Belgium. Burning the Bridge behind him is the best chance to reignite a sputtering career.

Should he decide to leave Chelsea, he'll have several suitors, many in the Premier League. Both West Ham and Aston Villa can offer sufficient playing time. With Michail Anthony's persistent injuries, the Bat could partner Sebastian Haller at the London Olympic. It isn't difficult to see him becoming the main man at Villa Park with current No.9, Wesley, recovering from injury. The young Brazilian registers just 5 goals in 21 appearances for Dean Smith's relegation battlers. Newcastle aren't getting enough from their Brazilian either. Joelinton remains stuck on one goal for the Magpies. Bournemouth's attack needs a healthy shot in the arm. After benefitting from his services last spring, Palace may be interested as well.

If he's thinking about leaving England behind, Batshuayi could give La Liga another go. Real Betis and Getafe need scoring help. The former struggles for goals this campaign. At the moment, 38-year-old Joaquin partners Loren Moron upfront. Getafe offers European football. Again, Jaime Mata and Angel Rodriguez are both on the wrong side of 30, Batshuayi could get into the team right away and become the main man as soon as next season.

While Dortmund are well stocked in attack, other Bundesliga clubs might want to kick the Belgian's tyres. None from Bayer Leverkusen, Hoffenheim or Hertha Berlin have a scorer in the league's top 20. Jurgen Klinsmann's reclamation project in the capital is the sort of opportunity that sparks a flagging career.

One would expect a few Ligue 1 clubs to show interest if Chelsea don't ask too much for a player who doesn't figure heavily in their plans and is out of contract in July 2021. At the moment, Michy Batshuayi is a talent wasted and that is never in the game's best interest.