Alfredo Morelos added to his long list of misdemeanours last weekend. Allowed to return to Colombia on compassionate leave by Rangers, the striker tarried overlong in his homeland.

Suspended for the 1-0 win over Braga in the Europa League last Thursday, he was due to return the following day. But Morelos failed to show for Rangers’ 1-0 defeat against Hearts in the Scottish Cup. The eccentric South American returned 24 hours late and missed training before the Hearts fixture. His tardiness left Steven Gerrard with Jermaine Defoe, still recovering from a calf injury, and Greg Stewart as his only available options.

The 23-year-old apologised to the club, Gerrard and the fans last week for his absence. Stevie G took it well despite being peppered about his own future after the cup defeat.

It is important we move on from these situations. It is dealt with strongly, which it has been, and we move forward. Is he going to be perfect? No. Is he going to make mistakes and frustrate me from time to time? Possibly, but I need to make sure I do the right thing for him and the club in this situation and that’s what I felt I have done.

Morelos’s disciplinary record must concern Gerrard and Rangers. Sent off five times last season, the player saw red twice this season. Both came within a two-week period in December.

Even so, El Bufalo remains one of Rangers’ key players. He sits on 29 goals in all competitions. Gerrard returned him to the starting line-up for Rangers’ 1-0 loss to Hamilton Academical on Wednesday, proving his importance as Rangers’ talisman.

With a lack of options in the lone striker role in his 4-3-3, Gerrard’s only option is to stick with Morelos for the season's remainder. Compiling 77 goals in 135 appearances for the Gers since joining from HJK Helsinki in 2017, Morelos is a proven talent.

Gerrard’s decision to return the Colombian to the starting 11 against Hamilton emphasised the lack of faith in his alternatives. Defoe found the net 13 times this season in 20 matches. He offers genuine competition and experience but, at 37, the former England international’s playing days dwindle like the days until Celtic are crowned champions again. The Englishman certainly can't handle a full load as a starter. Defoe already missed 11 matches this season due to injury.

Albanian striker Florian Kamberi and 29-year-old Stewart represent Gerrard’s further options. Neither approaches Morelos' effectiveness in leading the Rangers line. Kamberi scored nine times in his 34 appearances for the club, while Stewart found the net thrice in 24. The latter either didn’t make the squad or served as an unused substitute on 27 occasions this season. Gerrard tends to give the pair minutes in wide roles, hoping to see signs of life. 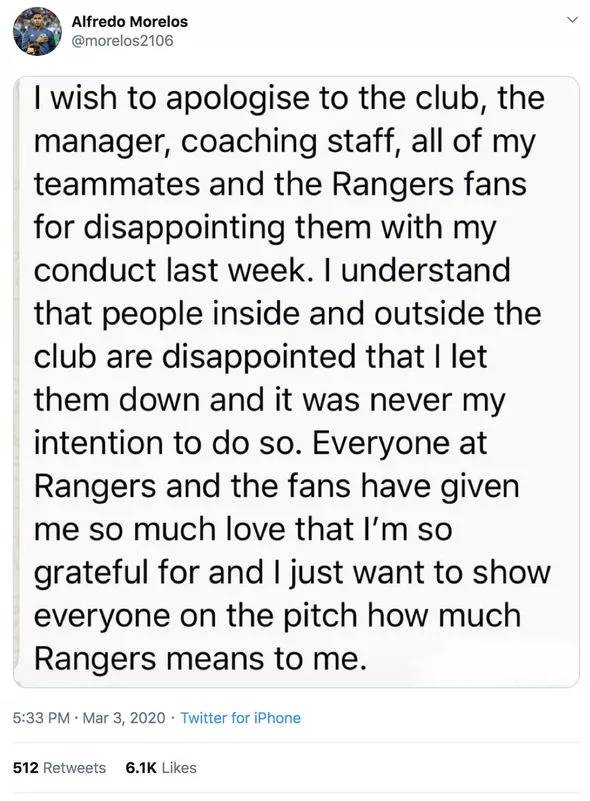 Longer-term, Gerrard must address his lack of depth upfront. The Gers boss remains patient with his 23-year-old star but, if Morelos continues to let the team down, Rangers should find a suitable replacement. His absence does not completely explain the loss to Hearts although Morelos’ omission was a factor. Rangers only attempted seven shots on goal and failed to threaten Hearts’ in the final third.

The tempestuous forward also needs competition to fulfil his potential. An effective striker challenging his place may be the motivation Morelos needs to improve his disciplinary record.

Although he hasn't taken action, Gerrard considered the problem in the January transfer window. Rangers were linked with Stoke striker Tyrese Campbell and Livingston forward Lyndon Dykes. The boss can't let another window pass without making a move, however. Not if he wants to win a trophy during his Ibrox tenure.

The second of a six-part series taking a look at the long term future of Scottish football. Part One: Fan owned revolution. When Scotland opened its pyramid system to promotion…