Can Wolves keep Raul Jimenez beyond this season?

Raul Jimenez is in exceptional form. Contributing directly to 29 of Wolves' 57 goals in all competitions [Transfermarkt] this season says as much. Since his arrival at Molineux from Benfica in 2018, he has 37 goals and 17 assists.

The Mexican forward inspired the Wanderer's surge in form after a difficult start brought on by a closed season truncated by Europa League qualifying. The Midlands side went winless in their opening six Premier League matches. Jimenez then potted 13 goals during a 15-game unbeaten run. He recently scored a brace in the 3-2 win over Southampton and an equaliser against Liverpool that nearly earned his side a point against the champions-elect.

Beyond goals, Jimenez's all-round play is essential to Nuno Espírito Santo’s side. Usually the spearhead in attack, he can also be the fulcrum, holding up the ball and winning aerial battles for clearances. His strength allows him to bring Pedro Neto, Diogo Jota and Adama Traore into the game.

Only the most naive supporter would believe his quality and statistics won't attract interest from high profile clubs. Contracted to Wolves until 2023, the 28-year-old is at the peak of his game and there are several teams around Europe who can use such a player.

Barcelona top the list. Their primary centre-forward, Luis Suarez, is 33 and shelved for the campaign with an injury. Before going down, he provided 14 goals for the Blaugrana. New manager Quique Setién failed to land an experienced replacement in the January window. He could be doubly desperate in June.

Jimenez's style resembles Suarez's in some ways. His excellent touch, intelligent positioning and hassling of defenders would suit Barcelona well. The Catalans signed  20-year-old Braga forward Francisco Trincao on transfer deadline day. If he cannot make an impact on the side in the next four months, Barca may shop for another option in the summer.

Real Madrid rely heavily on an ageing striker as well. Karim Benzema is healthy but still 32 and not getting younger. The Merengues bought Luka Jovic from Eintracht Frankfurt early in the summer window but the 22-year-old Serbian isn't playing much. He's provided a goal and two assists in 748 minutes over 21 games. While Zidane backs Jovic to pick up the pace when he's finally given a run in the side, Jimenez provides a more experienced choice. 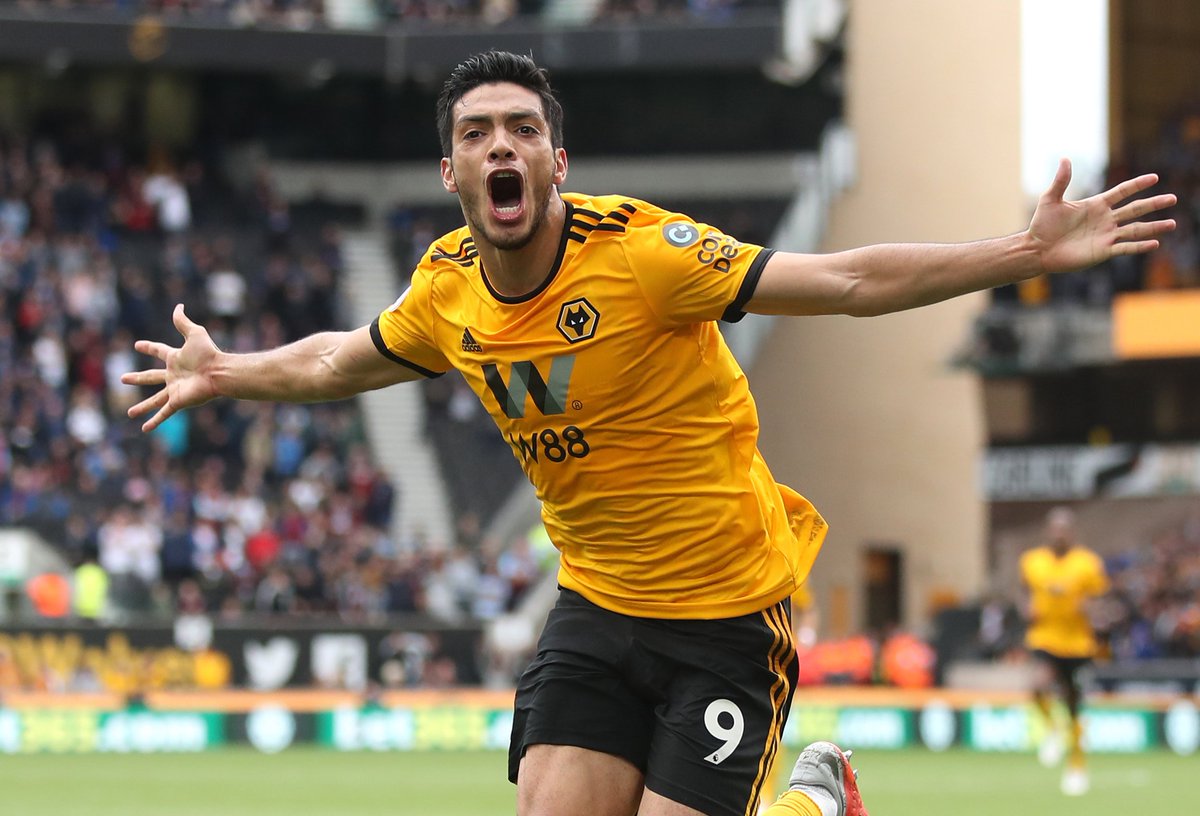 Jimenez was linked with Arsenal in January but Alexandre Lacazette and Pierre-Emerick Aubameyang remain at the club, Mikel Arteta has no space in his squad for another top striker. That may change in the summer. Aubameyang is linked with a move to Barcelona and, should Lacazette's recent struggles continue, he may move on. Although Wolves are currently ahead of Arsenal in the Premier League, Arteta may be able to tempt Jiménez away from Molineux with the promise of rebuilding the team around him.

Chelsea and Manchester United may also be interested. Both rely on young forwards. After a torrid start during which he struck for seven Premier League goals in the opening five games, another in the Champions League and an assist in the UEFA Supercup, Tammy Abraham's form cooled. The 22-year-old added only six goals and four assists in the subsequent 2 league matches as well as another goal and assist. Meanwhile, injury prevents Marcus Rashford from adding to his 19 goals and five assists across all competitions for the Red Devils. United procured journeyman Odion Ighalo on loan from Shanghai Shenhua after the Chinese Super League season was cancelled due to the coronavirus outbreak.

Jimenez represents an upgrade on Ighalo and Anthony Martial at Old Trafford and Olivier Giroud at Stamford Bridge. As with Arsenal, both clubs stand a better chance of signing the player if they finish above Wolves in the table, especially if they can offer Champions League football.

With Wolves headed towards European qualification in successive seasons, Jimenez may stay at Molineux. However, the allure of playing for Real Madrid or Barcelona could be too tempting. His consistency at an elite level established, he may desire greater challenges than Nuno Espirito Santo can offer.