Why Sadio Mane deserves African Player of the Year award

After dominating English football and even the continent in the years gone by, the Anfield side became a shadow of its former self for almost a decade. The football was still good but produced few tangibles results. Brendan Rodgers came ever so close to finally winning the Reds first Premier League title but the Northern Irishman failed when it mattered most.

Jurgen Klopp took over the reigns in 2015 to usher in a new era. Block by block the German tactician reconstructed the side from ground level up. Winning the Champions League last season was a fitting validation of the good work he has done so far but the players he assembled remain the biggest factor in success on Merseyside.

Mo Salah received all the love in 2017/18 for his outstanding contributions. Virgil van Dijk took centre stage last season. The Dutchman scooped the UEFA Player of the Year award to record a new height of achievement for centre-backs. What's that? Oh, apologies, Signore Cannavaro.

Roberto Firmino has long been identified as a key cog in Klopp's well-oiled machine. That said, no one dwarfs Sadio Mane's contribution to the team. Perhaps, the best way for the Senegalese to demonstrate the fact was to emerge joint-Premier League top scorer for the last campaign and cart home the golden boot. Mane shared the honour with teammate Salah and Arsenal's Pierre-Emerick Aubameyang.

The result has been there for all to see. Ever present in the line up while Salah missed a few crucial games, Mane has become the main man up front, already registering eight goals in 13 Premier League appearances this term. The 27-year-old is arguably Liverpool's most valuable player. Moreover, he has been instrumental in helping the team secure maximum points when the going gets tough. 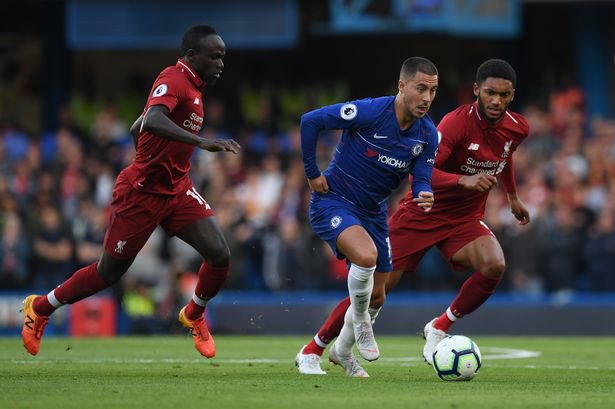 But before this campaign even began, he led his national team to the Nation's Cup final. Having played a pivotal role in helping Liverpool win the Champions League, he followed up by captaining Senegal to the AFCON final in Egypt. Mane fully deserves his nomination for the CAF Player of the Year award.

Alongside Salah, Mane's main competition will be Riyad Mahrez who won four major trophies last term, including lifting the Nations Cup with Algeria. The City forward deserves to be in the top three but, even if it's home cooking, his triumph in Cairo doesn't stand up to Mane's full body of work over the year. While he won the EFL and Fa Cups as well as the Premier League, the Desert Fox was a rotational player in Pep Guardiola's squad. Take a poll among City fans regarding who was the player most critical to their domestic treble and names such as Kevin de Bruyne, Sergio Aguero, Raheem Sterling, David and Bernardo Silva, Fernandinho and Ederson will all draw more attention than Mahrez. Do the same for Liverpool and Saido Mane will stand shoulder to shoulder with Salah, Van Dijk, Alisson Becker and the Reds' two fullbacks, Trent Alexander-Arnold and Andy Robertson. No one in the Kop will argue that Liverpool would have won the Champions League without Mane. City fans would readily acknowledge their side wouldn't have suffered much if Mahrez were not on the bench when the hour-mark rolled around.

No one is detracting from the Algerian's accomplishments or the Egyptian's for that matter. They both had wonderful campaigns but this? This is Sadio Mane's year.

AFCON absentees: Who will be missed most by clubs?
By Daniel Moxon

As the African Cup of Nations draws to a close, the thoughts of those involved will naturally turn away from international matters and back to the season ahead with their respective…