Will Spurs defence struggle this season?

Spurs’ transfer business came under close scrutiny when they became the first Premier League team not to sign a new player since FIFA universalised transfer windows in 2002.

Fans are always more concerned over who is coming in rather than going out. Spurs faithful began buzzing when Tanguy Ndombele arrived from Lyon for a club-record fee. The Frenchman should be a welcome addition to the team. His qualities add stability and depth to their midfield.

But transfer season is not just about arrivals. Sometimes a club must sell as well. Last week, Kieran Trippier’s transfer to Athletico Madrid was confirmed. Despite an off-season for the right-back, it came as something of a shock. The 28-year-old was first-choice for both club and the country. Selling him during the peak of his career for a mere £20 million doesn't seem to be the best business, especially in the current market.

In addition, Spurs let him go without signing a replacement. Maybe that shouldn't surprise given that Trippier himself was an in-house alternative to Kyle Walker when he was dealt to Manchester City two summers ago. On the other hand, Kyle Walker-Peters and Juan Foyth haven't developed to the point Trippier had when Spurs acquired him from Burnley in 2015.

Trippier’s flaws drew heavy criticism in 2018/19. He had a short summer after England's run to the World Cup semifinal. Without proper rest, players become injury prone and can lose mental focus. The Spurs right-back suffered from both over the campaign. Still, he was the best bet for Mauricio Pochettino at his position.

Serge Aurier becomes the first choice in Trippier's wake. Yet, the Ivorian is even more susceptible to injury than his predecessor and, when healthy, far less disciplined.

At 22, Walker-Peters is next in line while Foyth does double duty providing cover at centre-half. Pochettino has far less reason to be confident about his right-back situation this season than he did when Trippier stepped into the role for Walker. 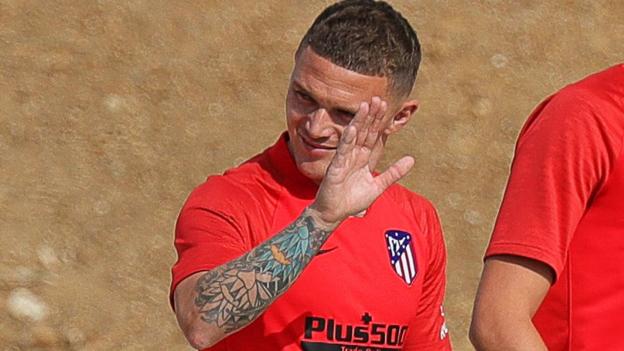 Right-back isn't the only issue on the backline for the LilyWhites. Danny Rose hasn't joined them on their Asian Tour, suggesting Poch's starting left-back is also on his way out of the club. Juventus, Paris Saint-Germain and Barcelona are rumoured destinations. Losing two England internationals in one summer puts Spurs seriously under the cosh.

Rose is the longest-serving member of the first team and has been consistent under Pochettino, barring his long-term injury in 2017/18. Although Ben Davies is a more capable replacement than Walker-Peters on the opposite flank, his game is decidedly less dynamic. At 32, Jan Vertonghen is increasingly suited to a central role than left-back. Selling Rose only makes sense if the club are 100% certain they can close the deal with Fulham for Ryan Sessegnon. Otherwise, they won't have a fullback on either side capable of supporting the attack, an absolute must in today's Premier League.

Fullbacks play perhaps the most crucial role in Pochettino’s possession-based, high pressing style. Whether he plays a 3-5-2 or a 4-2-3-1, the Argentine's system requires diligent workers with a knack for attacking and defending. Spurs could go into the coming season with a huge question mark at both positions.

Although Pochettino has more depth in the centre of his backline, there are questions to be answered there as well. Toby Alderweireld remains in the squad even though he refused to extend his contract. The 30-year-old ranks among Europe's top centre-backs. With a meagre £25 million release clause that expires on 27 July, he should have found a team. Now, he appears set on staying one more-season, confirming as much after Pochettino named him captain for Spurs' 3-2 weekend win over Juventus in Singapore.

He and Vertonghen make an excellent partnership for both Tottenham and the Belgian national team and Pochettino can also call on Colombian Davinson Sanchez and Foyth to keep the defence fresh, although neither matches the Belgians for quality and experience.

A top Premier League club expects to go into a season with fewer worries about the future to create distractions. When they exist, campaigns like Manchester United's 2018/19 debacle and Chelsea in the year preceding unfold. Spurs have been regular Champions League qualifiers for the past four seasons, capped by their appearance in the final in Madrid earlier this summer. Will so much doubt at the back bring that run to an end in 2019/20?