Southampton travel to the DW Stadium to face Wigan Athletic in the FA Cup quarter-final on Sunday. It will be Mark Hughes’ first game as manager, having replaced the sacked Mauricio Pellegrino on Wednesday.

Wigan may be two divisions below the Saints, but they’ve knocked out three Premier League clubs from the competition already this season and are in much better form than Southampton.

Wigan in form and strong on home soil

Paul Cook’s Wigan Athletic side have been formidable at the DW Stadium this season, boasting 17 wins and six draws from 27 home games in all competitions. They’ve suffered just two defeats in their own backyard since November 2017 (ELF cup against Accrington and Blackpool in the league) and come into Sunday’s FA Cup meeting off the back of five wins and a draw from their previous seven.

Only three sides have got the better of them at the DW Stadium this season so Southampton will certainly have their work cut out. The Latics are having a great League One campaign, currently second in the table after 34 games and could go top if they win their games in hand. They boast the best defensive record (23), fewest defeats (5) and have the best win ratio (62%).

It’s a bad time to face Wigan but a great time for them to face Southampton. The Saints’ morale is at an all-time low as they find themselves one place and one point above the relegation zone in the Premier League, having won just one of their last 17 outings. Such form led to the sacking of Mauricio Pellegrino but Mark Hughes comes with his own baggage. 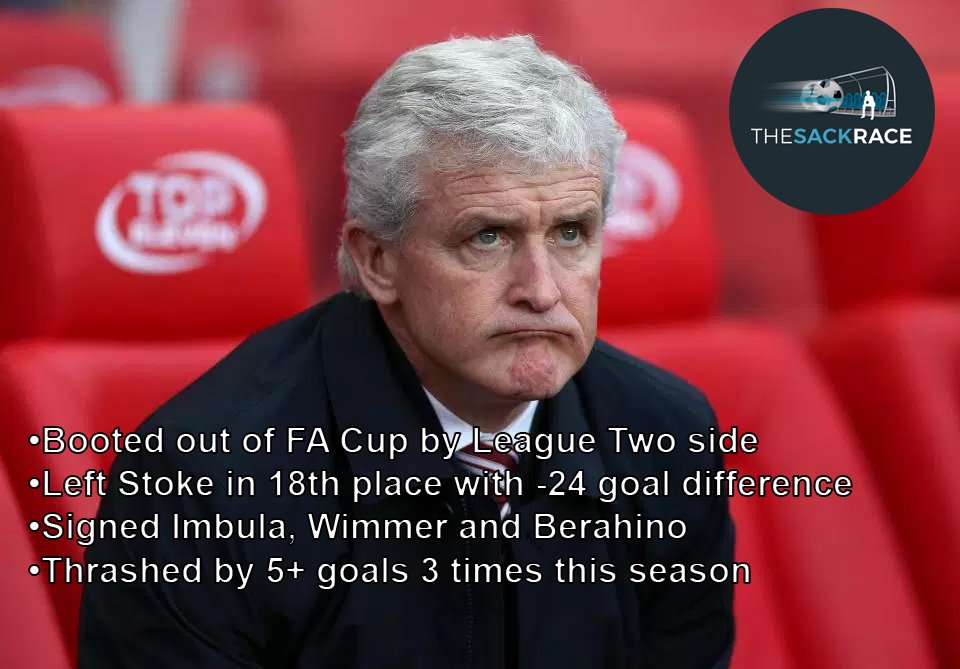 The Sack Race
thesackrace
Follow
🗣️ Mark Hughes: "I'm proud of the job I did at Stoke"

The new manager lost his job at Stoke City following a shock FA Cup defeat to Coventry City, winning just two of his last 13 games in charge. He’s loved by fans for his two years at Southampton as a player, but he’s had just a handful of days to try and fix the club’s many problems that have plagued them this season.

In the league, Southampton average less than a goal-per-game, only three clubs have kept fewer clean sheets and only one club have won fewer games. Nevertheless, Hughes knows how important a win is moving forward. After the FA Cup clash, Southampton have to wait two weeks before playing again so he’ll want to lift spirits by getting them into the semi-finals at Wembley. It won’t be easy, however…

Wigan have pulled off Premier League scalps already this season

Wigan have beaten three Premier League clubs en route to the FA Cup quarter-finals, dispatching of Bournemouth, West Ham United and Manchester City in consecutive rounds. They won’t be afraid of Southampton, especially given the contrasting form between the two clubs, and will want to keep their own momentum going to aid their promotion hopes in League One.

The Latics will have an eye on their trip to Walsall which comes three days after their FA Cup meeting, leaving Cook with a decision to make about his squad. If he rests too many key players, the Saints could run riot. If he goes for it and names a strong side, the squad could be fatigued against Walsall.

Wigan are in an automatic promotion place, but they’re only ahead of third-placed Shrewsbury on goal difference so they can’t afford any slip-ups.

If I wasn’t streaming the FA Cup match from Prenton Park in high definition on a personal computer, I might have believed it was the 1970s or 80s. The pitch was that horrible.…

FA Cup 2nd Round: Which Non-league minnows can make the 3rd round?
By Simon Hahn