Will Barcelona ever win the Champions League with Ernesto Valverde in charge?

When Barcelona threw away a three-goal lead to be dumped out of the Champions League by AS Roma last season, it took the football world by surprise. Boasting some of the best players in the world, led by arguably the greatest of all time in Lionel Messi, the Spanish giants are expected to get past even the toughest of opposition in Europe when that becomes necessary to secure silverware. But the team failed to perform when it mattered most.

Having won the double in his first season in charge of the team, Ernesto Valverde was given the benefit of the doubt and handed another opportunity to try again. Given the circumstances under which he worked, he had done a good job. Still recovering from Neymar’s surprise departure, the team was ready for a transition as some key players like legendary midfielder Andres Iniesta and defender Jeremy Mathieu had reached the end of a cycle and needed to be moved on. New acquisitions also had to be integrated into the team in a way that will not disrupt the established pattern of success.

The 55-year-old manager was able to accomplish this, although the style of play was not convincing to many of the club’s supporters. What they could not argue with was the fact that Valverde’s new system produced success, even if it was just on the domestic scene. Unfortunately, that was not considered to be enough by many of the club faithful as bitter rivals Real Madrid dominated Europe. The team’s failure at the continental level was bad enough. But the manner in which it occurred rubbed salt into the wound.

Yet, it would have been surprising to let go of a manager who had won the double and was rebuilding the team to challenge for more silverware in future. Going almost the whole campaign unbeaten in La Liga (except for the loss away to Levante in the penultimate game of the season) after the league title was already in the bag showed promise. There was need for patience. 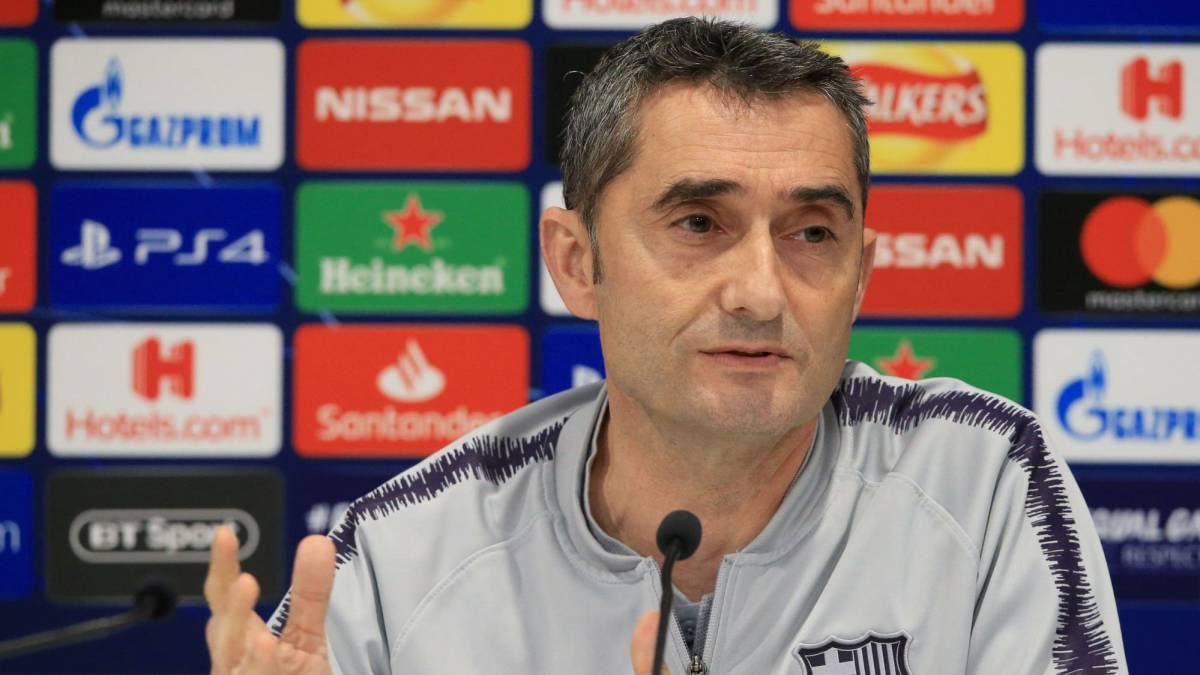 barcacentre
barcacentre
Follow
Barcelona's board will wait to see if Ernesto Valverde resigns. He has done so already with Espanyol in 2008, when he lost the confidence of the dressing room. He has a contract until 2020 and if he decides to continue, the nightmares of Roma and Liverpool will haunt him. [md] https://t.co/fqIVObgdtz
Follow
09:22 AM - 9th May 19
53
377

The team is on course for another domestic double having secured the league title for the second successive season under Valverde while reaching the Copa del Rey final. But another shocking collapse in the Champions League, this time against Liverpool, has left a huge dent on the manager’s achievements. The key concern here is not just the loss. It’s the manner in which it came. Taking a three-goal lead to Anfield after beating Liverpool 3-0 at home, the Blaugrana collapsed again. This time, conceding four goals without reply in England.

The fact that this is happening back-to-back means the club is setting a bad precedent. Unable to score even a single goal away, that could have secured qualification to the next round of the competition, suggests the team has not demonstrated the mental strength required to scale through when the stakes are highest. What’s worse is the fact that there was no real fight from the team to get the job done. And that goes back to the belief infused into the team by the manager as well as the set up of the team during these crucial games.

All of these point to the fact that under Valverde, Barcelona lacks the psychological strength and the nerves required to achieve success on the continent. The dilemma for the club’s hierarchy is whether to stick with the manager and hope that he finally gets things right, or look elsewhere for a solution.

Names like former player Ronald Koeman, Shakhtar Donetsk manager Paulo Fonseca, and Ajax boss Erik ten Hag have been mentioned as possible replacements. Whether any of them or any other manager can come in and change things immediately is debatable. But it’s certain that unless Valverde (if given a chance to continue) has learnt from his mistakes and is able to correct them heading into next season, the status quo will remain.