Will Club World Cup exertions put the brakes on Liverpool?

Liverpool became only the second English side to win the Club World Cup after emerging champions in Qatar on Saturday.  The success came after two gruelling matches against Monterey and Flamengo in the semi-final and final of the competition respectively. Manager Jurgen Klopp had already bemoaned the extra burden added to the team by the competition given the timing.

A fixture pile up back home led to a different set of players being selected for the Carabao Cup game at Aston Villa. The team was soundly beaten 5-0 by the home side. But the main team did the club proud by dispatching the Mexican and Brazilian sides to win the arguably more prestigious competition. It was a hard-earned victory that saw Roberto Firmino score in extra time to clinch the win for the Merseysiders.

Midfielder Alex-Oxlade Chamberlain got injured in the game and is set to be out until the new year. He joins a growing injury list that includes defenders Joel Matip, Dejan Lovren and midfield dynamo Fabinho. Already, the team is expected by some (particularly the manager) to be exhausted from the long travels to and fro the Middle East. But there will be no time to rest as it'll be business as usual in the league.

Celebrations will also be cut short to focus on the more important job of continuing the fine run towards a maiden league title of the Premier League era. Unbeaten in the first 17 games of the campaign, the Reds face second-placed Leicester away from home later today. Brendan Rodgers' men have been the surprise package of the season so far. They'll be looking to get back to winning ways after suffering a first defeat in nine matches against Manchester City.  The Foxes have already demonstrated strength at the King Power Stadium, having beaten the two previous top-six visitors to the East Midlands this term; Tottenham and Arsenal.

So Klopp's men must bring their A-game to stand any chance of emerging victorious. A loss here against the 2016 champions could bring back bad memories of twelve months ago, that could potentially lead to another capitulation. Therefore, this places a heavy burden on the Anfield side despite the fact that Liverpool are ten points clear with a game on hand.

However, if Leicester's performance against Manchester City is anything to go by, it should be another routine day at the office for Klopp's Liverpool. The Foxes could hardly get a foothold in the game as Pep Guardiola's army ran riot. A comfortable 3-1 victory more or less brought Rodgers' squad down to earth. It showed Leicester City still has plenty to do before the team can genuinely compete for the title.

Although the Northern Irishman called the defeat at the Etihad Stadium a bump in the road, Liverpool should prove too strong in the end. Klopp may have talked up the issue of exhaustion to shed light on fixture congestion, but it's something that affects every other team in the league. Guardiola has stated same, as has Wolves' Nuno Espirito-Santo. The other teams all played while Liverpool was away. In fact, the festive period is more favourable to the Anfield side than some other clubs.

Manchester City and Wolves have been hit the hardest as they both will play two games within 48 hours. Besides, if anything, the Club World Cup achievement will spur Liverpool on the more, as the team (which was heavily rotated for the two matches) comes back on a high. Against Leicester, it will likely be a continuation of the impressive run that stretches back to January. That was the last time the Reds lost a Premier League game... 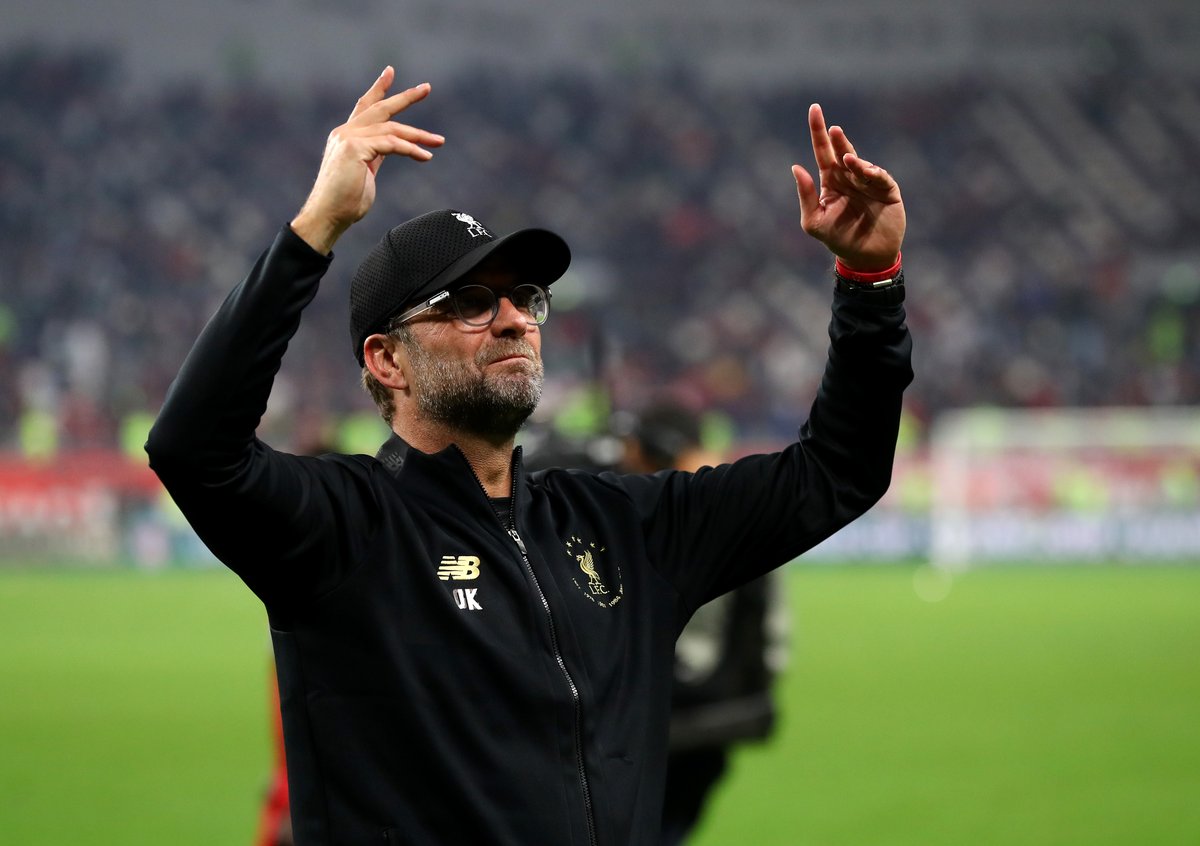