Will Luis Suarez be Barca's saviour this season?

Every club dreams of starting a new season on a brilliant note. In the few games played thus far in 2019/20, several clubs presented their credentials. Others are still checking their pockets. Surprisingly, Barcelona ranks among the latter group.

The Catalans began the campaign in undesirable fashion, succumbing to Athletic Bilbao 1-0 at the San Mames. Improvement is slow in coming. Barca recorded their worst La Liga start in 25 years. After five games, they'd been beaten twice and eked out a draw in another. That put them eighth at the time. Two wins in the interim have them back in the hunt but the Blaugrana still trail Real Madrid by five points after Los Blancos' Saturday victory over brash newcomers Granada. Tonight, they face a much tougher Rojiblanco squad than their eternal rivals when Sevilla come to the Nou Camp.

Injuries play a significant part. Luis Suarez and Jordi Alba have spent time on the trainer's table. Ousmane Dembele remains there. Worst of all, Lionel Messi needed far more time than anticipated to recover from a calf injury. The five-time Ballon d'Or winner attempted to hurry back only to injure a thigh muscle. With their talisman lost again, Barca needed another star to step up. Luis Suarez has. A rejuvenated man in front of goal this season, the Uruguayan is the most decisive player in the Blaugrana camp.

The striker scored in the 2-0 defeat of Getafe last weekend that lifted Barcelona into fourth. In five Liga appearances, he has three goals.

Suarez also put a stake through the heart of his personal Champions League demon. After a 29-game run dating back to 2016, during which he scored a meagre three goals, the former Liverpool and Ajax star's brace defeated Antonio Conte's much-improved Inter side in midweek. With Barca trailing Inter by a goal, Suarez stepped up when it mattered most and drew sighs of relief from the Cules in the stands.

The Uruguayan displays his best instincts just when they are desperately needed. Following three lean years by his standards, Suarez is recalling the form that ranked him fourth in voting for the 2016 Ballon d'Or.

While his Champions League form dried up in the knockout rounds that season, leading to elimination at the hands of Atletico Madrid, Suarez poured in 14 goals in the final four games to stave off Real Madrid by a point in the La Liga title race. He finished as Barca's standout player for that term and was awarded both the Pichichi [most La Liga goals] and the European Golden Shoe for his 40 league goals. In the early doors this term, the 32-year-old is influencing his side's fortunes in a similar manner.

An ageing Lionel Messi finds himself more vulnerable, his powers more limited than in the past. Barca need another saviour to bail them out this season. Luis Suarez seems ready to walk on water. 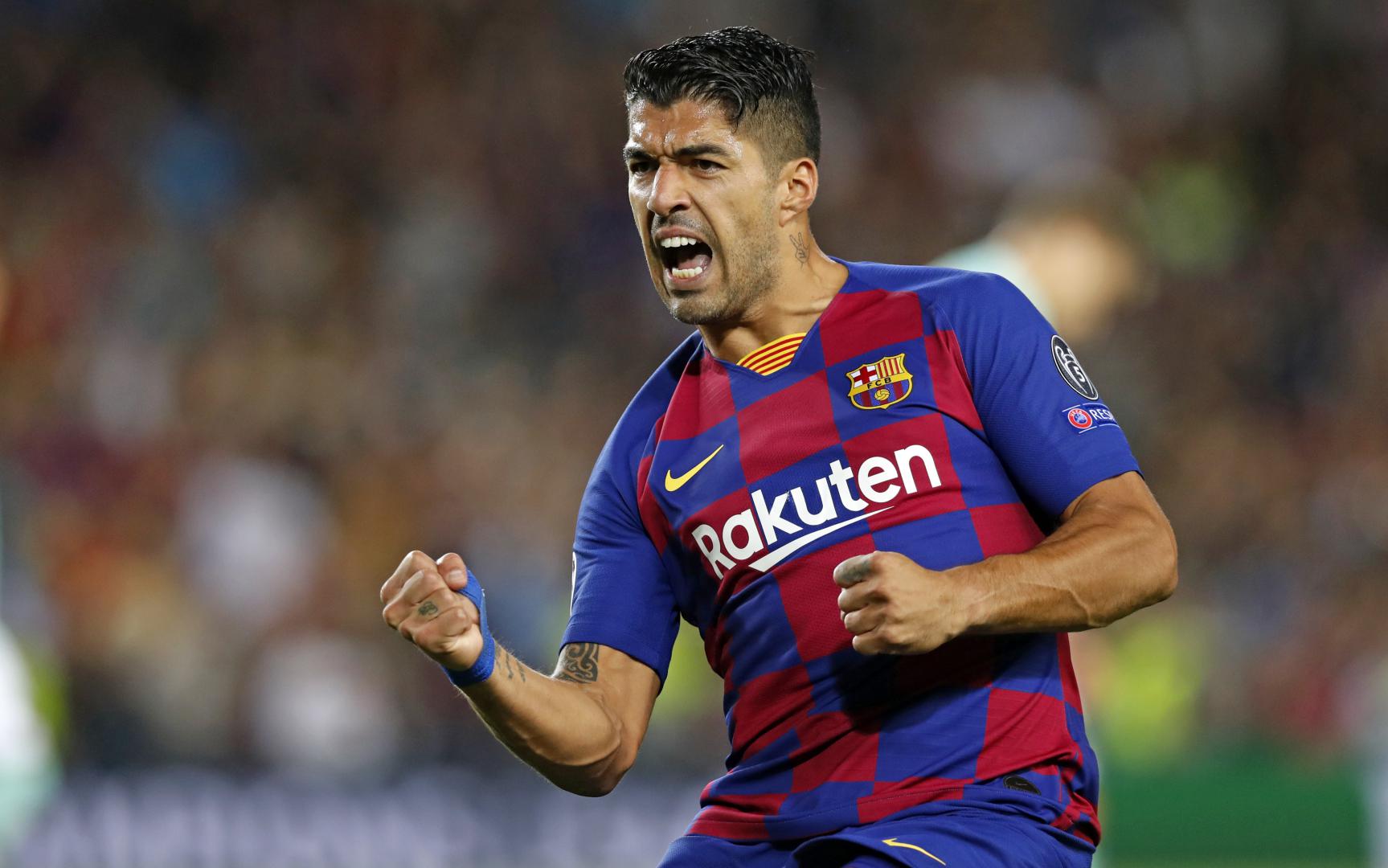