Is Iheanacho at the last chance saloon in Leicester?

Much was expected of Kelechi Iheanacho after his heroics at the 2013 U17 World Cup. So much that Manchester City moved quickly to secure his signature as a potential star for the future. He was one of the shining lights in a talented young Nigerian team that mesmerised the world with scintillating football. His play recalled Pep Guardiola's Barcelona at Camp Nou.

They seemed like the perfect match when Pep arrived in the Premier League. Instead, the Catalan found the youngster surplus to requirements. When Gabriel Jesus debuted at the Etihad in January 2017, the writing was on the wall. Guardiola was so besotted with the Brazilian that he prematurely benched Sergio Aguero.

Iheanacho had at least done enough to suggest he could perform in a less demanding environment. Leicester City manager Craig Shakespeare was convinced the young forward was the ideal understudy and heir apparent to Jamie Vardy. He might even be ready to partner the Englishman to increase the firepower upfront.

The bubble burst when he saw the young Nigerian up close. Iheanacho again found himself on the bench despite the Foxes' impotency in the final third. The team's poor showing and ill-advised choice cost Shakespeare his job.

Claude Puel replaced him. The Frenchman stabilised the side. The downward spiral halted. But the new manager didn't trust Iheanacho either. The Nigerian gave him no good reason, failing to produce in the opportunities given. Three goals in 21 league matches from a striker does not inspire confidence. 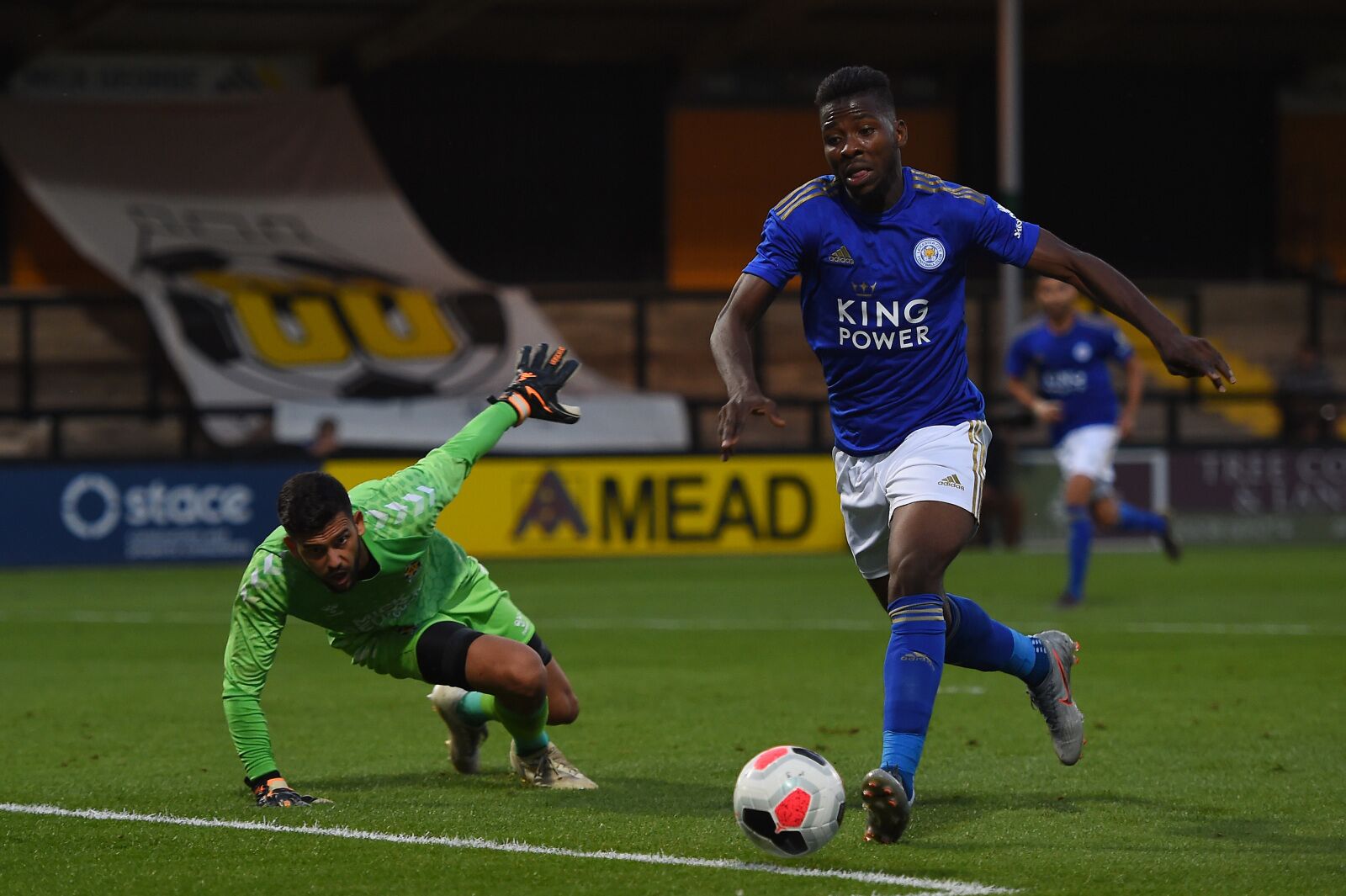 "I am delighted, I am happy getting two goals today. Hopefully I can take that into the season.

Perhaps part of Iheanacho's problem is being labelled a striker. It's not his natural position. He made his name playing as an attacking midfielder behind the striker. The positional change drops extra weight on him and the expectations are proving unrealistic. Iheanacho must now perform like a top striker.

Unfortunately, he doesn't have the maturity or influence to make a case to go back to the role in which he thrived. Instead, his game is judged on goals scored rather than his overall contribution to the team. He's not in a position to create for teammates or contribute significantly in defence. No manager has been satisfied with his production in his current environment. A change is needed.

Brendan Rodgers took over at Leicester in March. Like other managers before him, the Irishman doesn't consider the 22-year-old a key member of the squad. One goal in 30 appearances in the 2018/19 campaign backs up that judgment. It shouldn't come as a shock Rodgers sought a new striker in the market.

Ayoze Perez arrives from Newcastle United. Having found the back of the net 12 times with the Magpies last time out, the Spaniard is expected to share the scoring burden with Vardy. Double figures under Rafa Benitez make Perez a less speculative acquisition than Iheanacho.

If Perez succeeds while the erstwhile Super Eagle fails to perform again, Rodgers will have no other option than to ship him out. Gernot Rohr left him out of Nigeria's AFCON squad and rightly so. All the alarm bells are sounding. Kelechi Iheanacho must respond.