Will the Bundesliga title change hands this season?

A 7-2 demolition of Tottenham in the Champions League put Bayern Munich in the conversation as being amongst the favourites to win the competition this season. It was a ruthless performance that showed the German champions may have rediscovered the form that saw them dominate Europe in 2013. However, domestically, things haven't been quite the same.

For a team that's used to dominating the division while the rest follow from far behind, it has been a relatively poor start to the new campaign. With just seven matches played, Bayern have failed to win thrice while losing their last game at home to struggling Hoffenheim. What was even more surprising was the fact that the defeat came on the back of the victory over Tottenham.

Interestingly, while the reigning champions have been blowing hot and cold early on, six other teams are jostling for the position of number one contender to dethrone the champions. The likes of Borussia Monchengladbach, Wolfsburg, RB Leipzig, Bayer Leverkusen and Schalke are all separated by just two points at the top of the table while Borussia Dortmund follows closely behind.

Monchengladbach finds themselves in what has become unfamiliar territory in recent times as the leader of the pack. But perhaps it's Wolfsburg that has been the early surprise package. Die Wolfe are yet to lose a single game this term and look set to end a decade-long wait to be crowned champions again. Wout Weghorst's goals can help achieve that.

Schalke struggled last season to maintain top-flight status. But new boss David Wagner has breathed new life to the side. That has led to some eye-catching results. A recent 3-1 trouncing of title hopefuls RB Leipzig away from home signalled a return to the form necessary to challenge for the top honours.

As for Leipzig, Julian Nagelsmann is determined to lead the side to glory in German football. Holding Bayern Munich to a 1-1 draw when the two teams met recently made a statement. It showed that Die Roten Bullen can match up to the top dog and compete for the title. 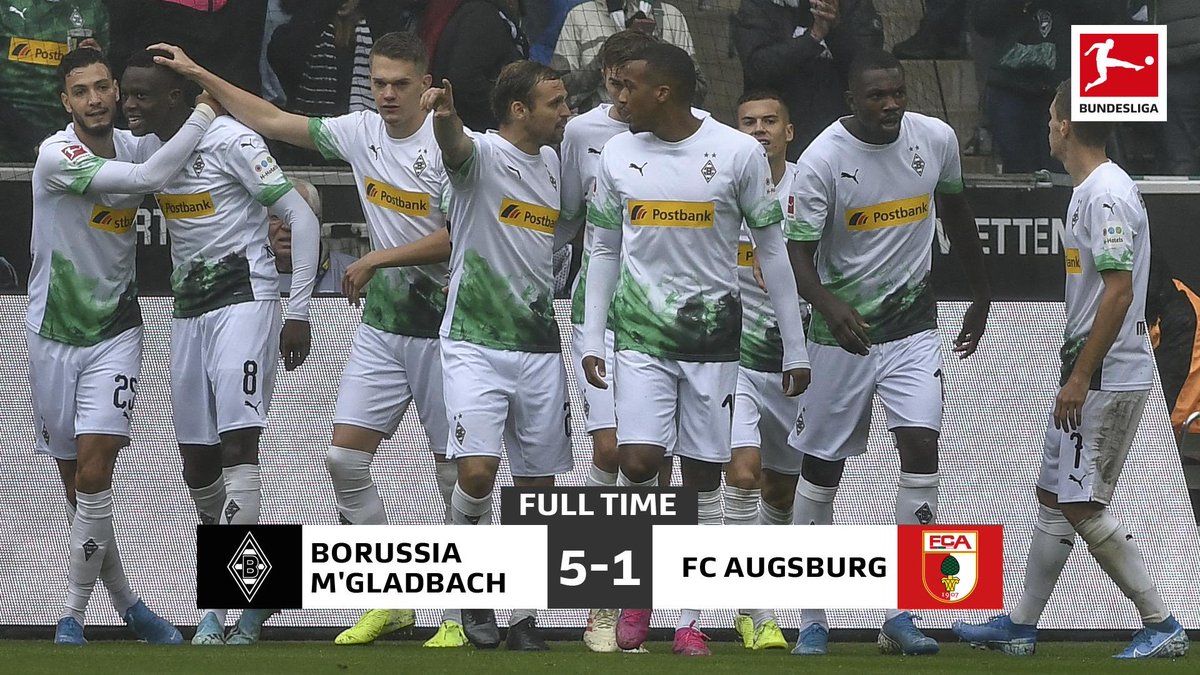 Nagelsmann's team may not have all the star power available to the reigning champions, but it's a young vibrant squad spearheaded by a potent forward in Timo Werner who is leading the charge superbly. The German international has already netted five times in seven league games and is not about to stop anytime soon. With adequate support from his teammates, the title will be within reach.

Leverkusen may look unlikely to mount any serious challenge going by their form in recent seasons, but having started well too it will be too early to write them off. Speaking of which, one team you definitely can't write off is Dortmund. Lucien Favre's men came close to breaking Bayern's stranglehold on the title last term but missed out on the target in the final few weeks of the campaign. The quality available to the Swiss manager is enough to get the job done if the team maintains top form.

Unfortunately, there is no guarantee that Bayern will remain inconsistent all season long. The serial winners know how to turn the screws at the right time to seize control of the title race. FC Hollywood has won so much in recent times that it's becoming second nature. At the crucial times in the season when the other teams will cancel themselves out, Niko Kovac's men will rise to the fore.

Therefore, it will take a team with similar quality as the Bavarians (if not more) to knock them off their perch. At the moment, that appears unlikely. Sure, surprises are commonplace in football and things can change fast. But as far as the German top flight is concerned, Bayern still runs the show. They can afford to suffer a series of bad results and still come out tops at the end of the campaign.

Yet, if there's any team in the division that can change that, it's BVB. With quality players scattered all over the pitch, and experienced heads like captain Marco Reus and striker Paco Alcacer, the team should provide the necessary competition. Whether the players can rise to the challenge and get the job done at the end of the campaign is another matter. Achieving the feat will definitely make up for last season's disappointment...